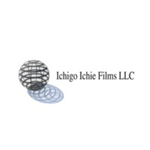 Tokyo production company Ichigo Ichie Films has signed on a director for its CG animated feature project Lobo, with Student Academy Award-winner Alyce Tzue set to helm the kids’ book adaptation. Tzue is an LA-based director and artist who was named one of Variety’s Top 10 Animators to Watch in 2016. Her Oscar-winning short Soar was developed as her thesis project at San Francisco’s Academy of Art University.

The producers are aiming for a 2019 release.

Since Lobo’s is anchored by Asian identity through its setting and main human character, Ichigo Ichie Films’ president and producer Hiro Masuda was determined to find a director who shared this experience: “I feel a lack of female directors is even more urgent issue today because it seems not to fix anytime soon, and it is about time to take an action. And, of course, I believe that Asian female centered story Lobo will be perfect to be told by Asian female director.”

Lobo is based on acclaimed American children’s book The Pup Who Cried Wolf by Chris Kurtz. The film follows Lobo, a tiny Chihuahua living in New York City who dreams of joining a wolf pack. When his owner, Zi, takes her niece Mei and the pets on a trip to a national park, Lobo finally has a chance to find his wolf “brothers.” With the help of his endearingly quirky family—a smart Spanish-speaking parrot named Glory and a wisecracking white rat named Heckles—Lobo finally slips his leash. But is the wild really where a feisty little five-pound pup belongs?

Alyce Tzue is represented by WME and Gotham Group.