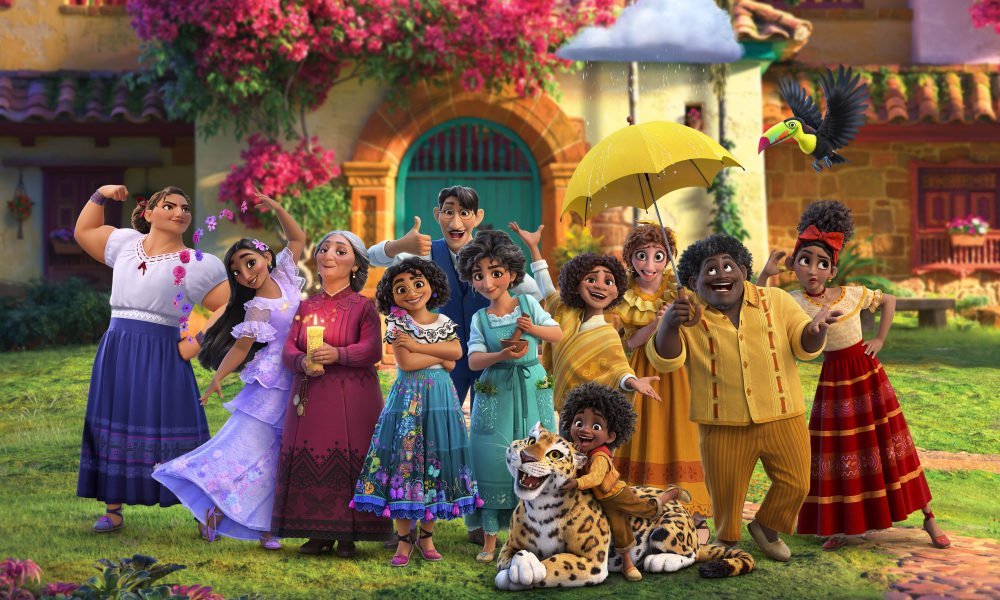 It’s only fitting that Walt Disney Animation Studios 60th feature, Encanto, is about the ties that bind a large family. The fact that the family is Colombian and the movie is steeped in the music and culture of the Latin American country is another example of how the studio is striving to expand its horizons beyond the European fairy tales it was best known for in the 20th century.

The charming new movie, which is directed by studio veterans Byron Howard and Jared Bush (Zootopia) and co-directed by animation newcomer Charise Castro Smith, who also wrote the script with Bush and Lin-Manuel Miranda. Set in a small town in Colombia, Encanto is a musical featuring songs penned by the talented and ubiquitous Miranda, whose animation credits alone include Disney’s Moana and Sony Pictures Animation’s Vivo. The storyline centers on the fantastic adventures of the Madrigal family, all of whom have a special magical power — with the exception of Mirabel (voiced by Stephanie Beatriz), who is the real heroine of the movie. 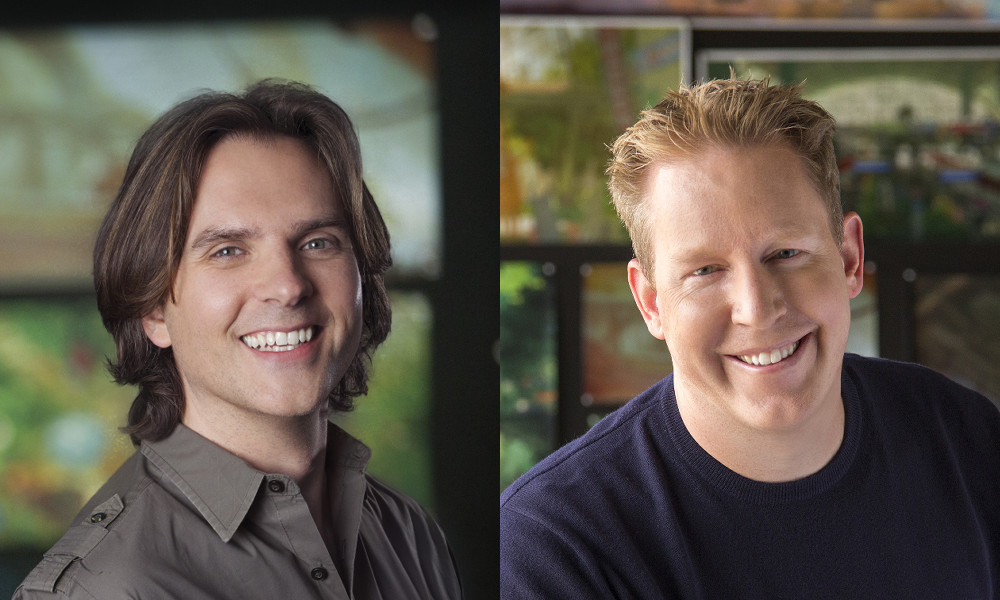 Howard and Bush had been wanting to follow up their Oscar-winning 2016 feature Zootopia with something entirely different. “We wanted to do a musical,” says Howard. “We’re both life-long musicians! Jared had just come off Moana and had a great experience working with Lin-Manuel, and I had enjoyed directing Tangled, so the three of us started talking about working together.”

Howard, who also directed Disney’s Bolt and executive produced Frozen II, says in the beginning, they weren’t quite sure about the setting for their big family movie. “We knew we wanted the film to be in Latin America, but then everything kept pointing us back to Colombia for so many reasons,” he recalls. “The country is a crossroads of so many different things — cultures, music, ethnicities; these families are such a perfect mix. We visited Bogotá, Cartagena and small towns like Barichara, Salento and Palenque and stunning natural landmarks like the Cocora Valley, and spent some time with Colombian families. We came back so energized due to the fact that they were trusting us to represent the country and their culture.” 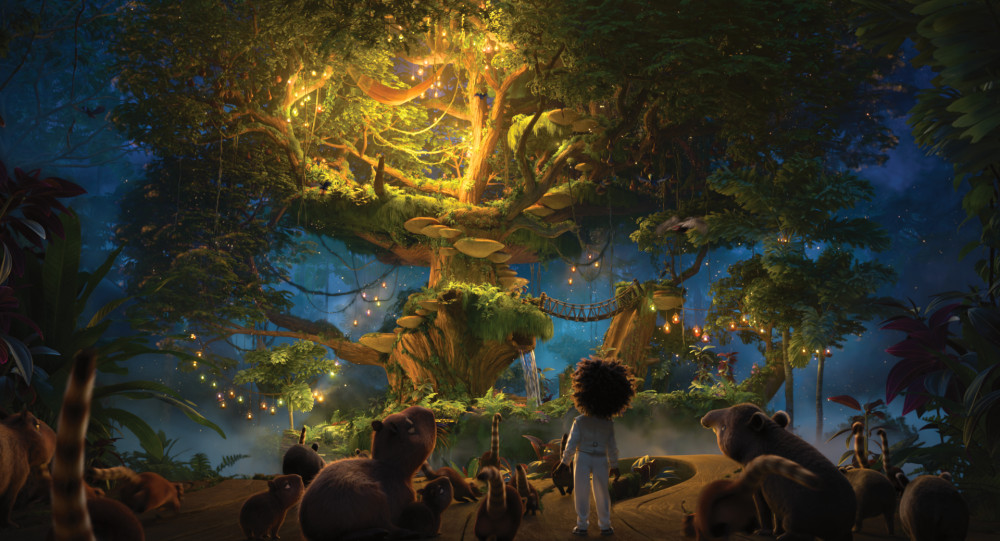 Magical Realism for All Ages

During their trip, they also learned about secret forests and areas of heightened spirituality — places of magic that some call ‘encantos.’ “These are all over Latin America, usually in areas of natural wonder,” notes Howard. “Our friends in Colombia told us that magic happens in these places and always has. But not European magic, not wizards and wands, but magic tied to emotion and part of a tradition called magical realism.”

Howard and Bush admit that they knew they needed a partner to tell this story. “Shortly after our research trip, we were so lucky to find the amazing Charise Castro Smith,” says Bush. “Our team read literally hundreds of scripts and we met with 20 writers, and then we read Charise’s work. And as soon as we saw it, both Byron and I knew that she was the one!” 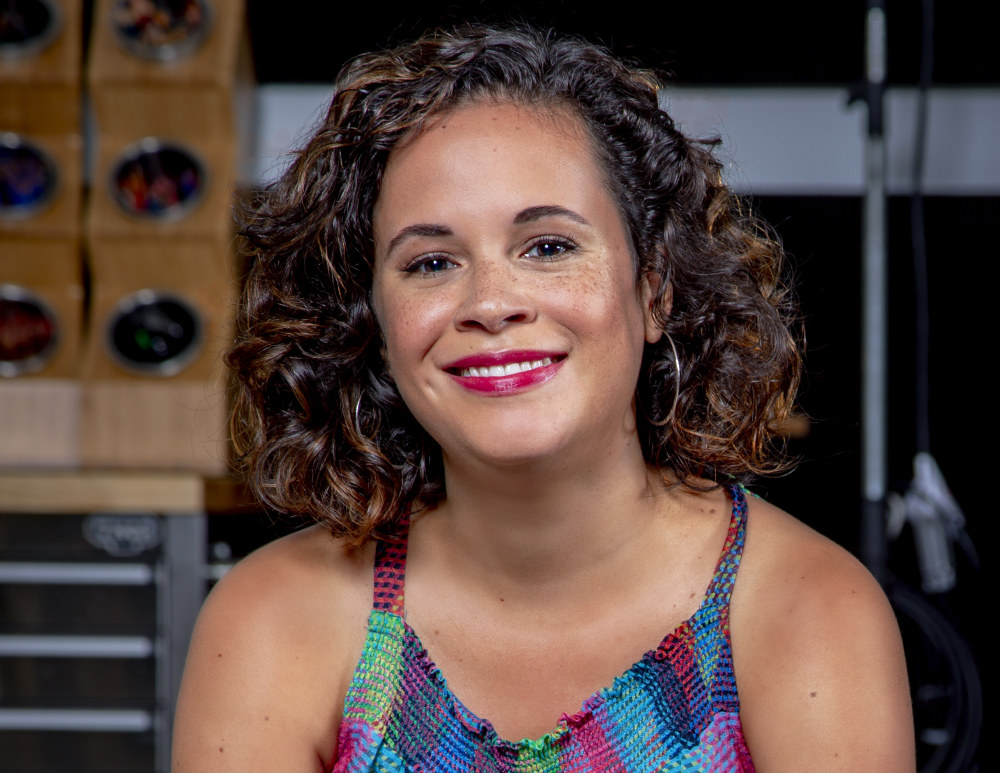 Castro Smith, an acclaimed playwright who has also written for shows such as Sweetbitter, The Exorcist and The Haunting of Hill House, says she was thrilled to “have been in the trenches with Byron and Jared and the whole incredible team.”

She notes, “When we infused magical realism into our story of this family and thought about those encantos, everything came alive, because we realized that if the family in our story lived in one of these magical encantos, maybe the children born there would be kind of special. But special in a way that is a nod to family dynamics that we can all relate to.”

The filmmakers were keen to bring in elements of literary magical realism, which was made famous by Colombian author Gabriel García Márquez. But they had to strike a delicate balance between keeping the tone right for family audiences. 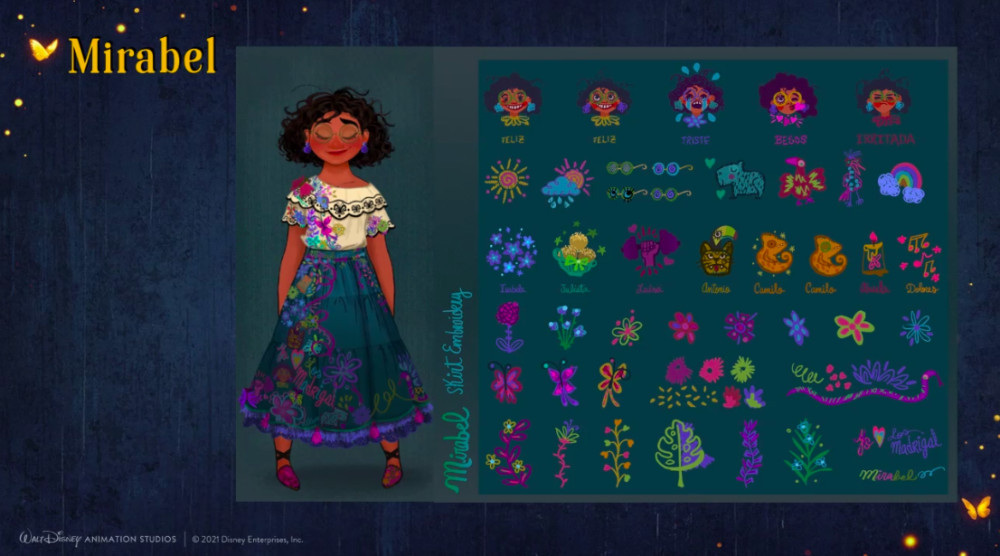 As Castro Smith explains, “Magical realism can be dark in literature and it incorporates adult themes. The guiding principle we tried to use as our inspiration was that we were going to focus on very human-born magic. For example, that would mean that someone would have an emotion that was so big that it creates a room of flowers. We thought about the roles of these family members as their special super powers. A good example is the middle daughter, Luisa Madrigal, who is the rock of the family — and that’s why she literally has superhuman strength. We were thinking about human, grounded elements of this family and let them grow into magical proportions.” 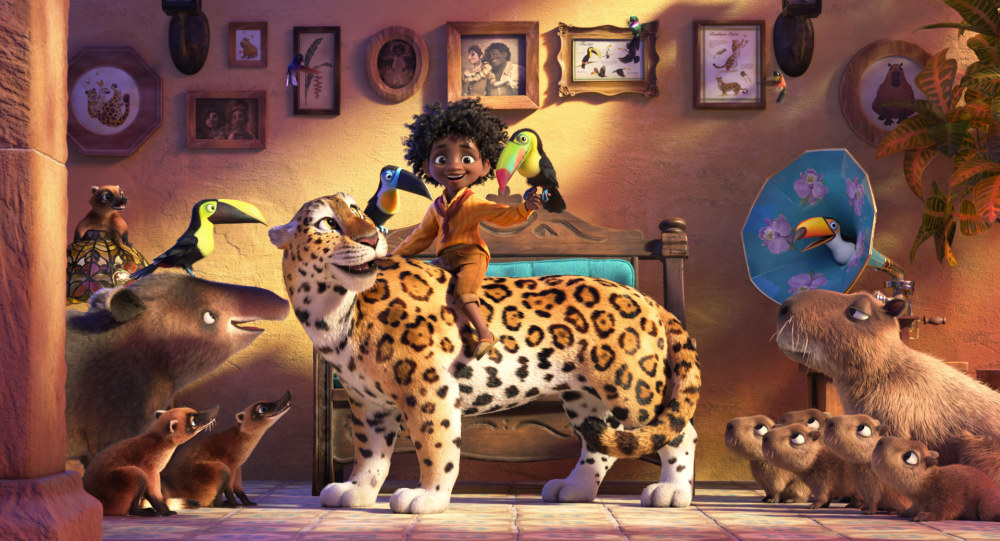 The Madrigals’ remarkable house is also one of the fantastic elements of the movie.        Bush compares the casa in Encanto to the ocean in his previous movie, Moana. “It’s a bit like that, but our house is a little bit more opinionated and flawed like a family,” he explains. “It’s a house that plays favorites, a house that messes with people. The casa Madrigal is alive with magic and has its own unique personality.” 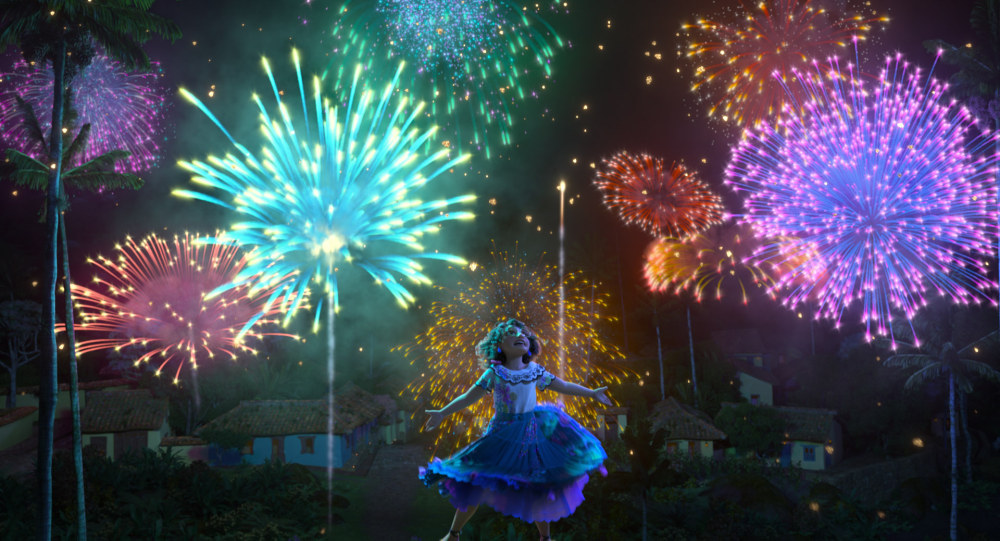 Among the many impressive qualities of Encanto is its meticulous animation, which hits new heights in its song and dance numbers featuring a large number of characters. As Bush points out, “Get ready for some spectacular technical animation. I have never ever seen the amount of animated Colombian cloth and fabric and hair textures all moving with the choreography with dozens and dozens of characters all at the same time. I think the first time we saw one of our choreographed musical sequences come to life with all those elements in it, we were all amazed. I truly think when people see it, they are not going to believe their eyes.”

As the film’s producer (and Disney Animation’s president since 2019) Clark Spencer, whose many credits include Winnie the Pooh, Wreck-It Ralph, Zootopia and Ralph Breaks the Internet, explains, “What’s so impressive is that we’re following 13 characters with 13 different designs, that have 13 different hairstyles and clothing designs and textures. There’s a reason why oftentimes in animation you might find stories that are buddy stories, where at some point in time two or three characters maybe go off on a journey themselves: Because it’s easier and more contained. But in this case, we had to track 13 characters on screen. You can’t just have them completely disappear. So, it was critical that we had to achieve this level of complexity that we’d never done before.” 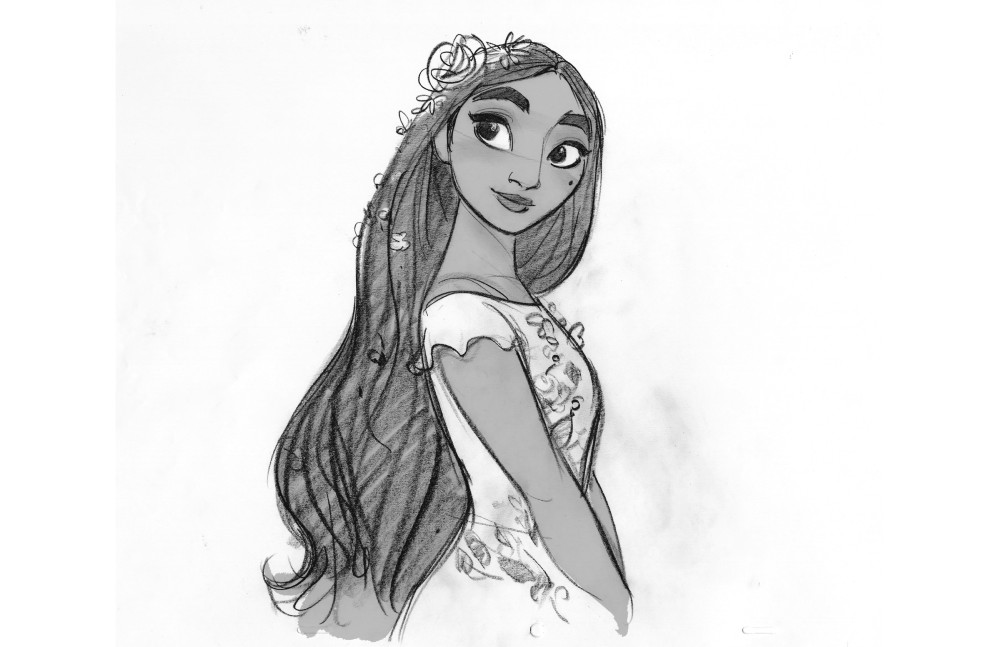 Bush also mentions that it has become a tradition to push the envelope with each movie at the studio. “You’re expected to try something that has never been done before with every single feature. So, with Encanto, we had about 800 people working very hard from their homes due to the pandemic — and that was a challenge that we had not expected. So, here we were working on a movie about family and a home and creating it with our own families from our own homes! That was unexpected and fantastic.”

For Castro Smith, the movie was an opportunity to examine her own family’s complicated history as well. “As we were thinking about this movie and learning about the elements of Colombian history and the notion of displacement, it was interesting for me to think about my own family’s history and about my grandparents,” she notes. “My mom emigrated from Cuba, right after the Cuban revolution, so thinking about that history of displacement and immigrant status in my own family really played a big part in this movie. There’s a big backstory about the family’s abuelos which made me reexamine the way I grew up thinking of them as these heroes who had done this incredible thing and started their lives all over again. But, then, the more time I spent working on this movie, it made me think about how hard the struggle must have been for them. It really humanized them for me in a beautiful way.” 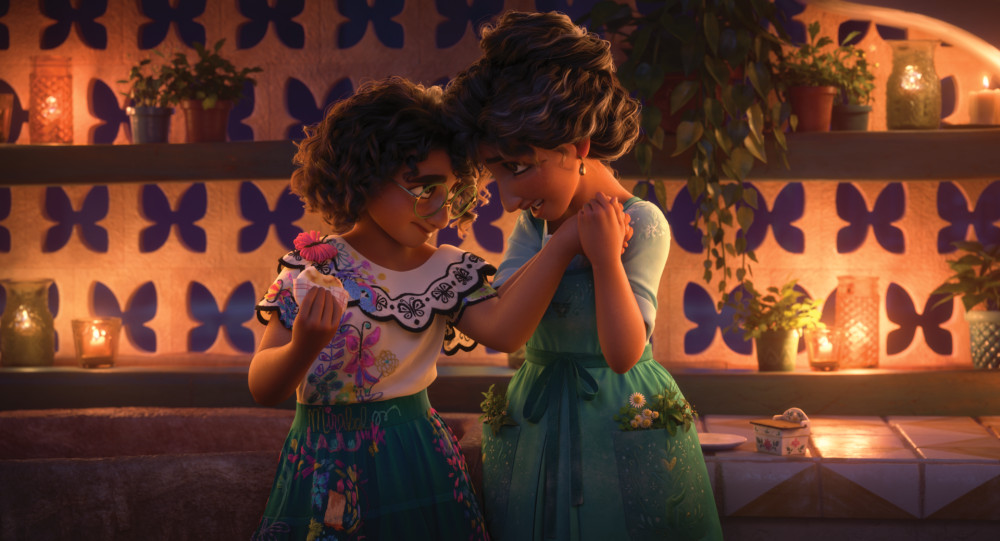 Bush says he is especially proud of how the main character Mirabel, the daughter with no special magical abilities, turned out in the movie. “Here we have a character that we haven’t seen before,” he says. “This is not a buddy movie, quest or journey movie, and because of that, Mirabel had to be compelling and funny and heartfelt and empathic. Actress Stephanie Beatriz brought so much to this character. Because Mirabel interacts with so many different characters in her family, she herself has to be compelling as a character to watch for 90 minutes. I am super proud of the journey that she goes on.”

The filmmakers realize that 90 minutes is a very short amount of time to represent the history, culture and wonders of Colombia. “We did everything we could to keep learning and adding to the movie,” says Howard. “We wanted to feature elements that Colombians would appreciate, but also feel universal to anyone who has grown up in a family. I think everyone can find themselves reflected in the Madrigals. I think audiences will have fun watching it, and I hope they’ll talk about it after they see it and try to figure out which character reminds them of someone in their own family!” 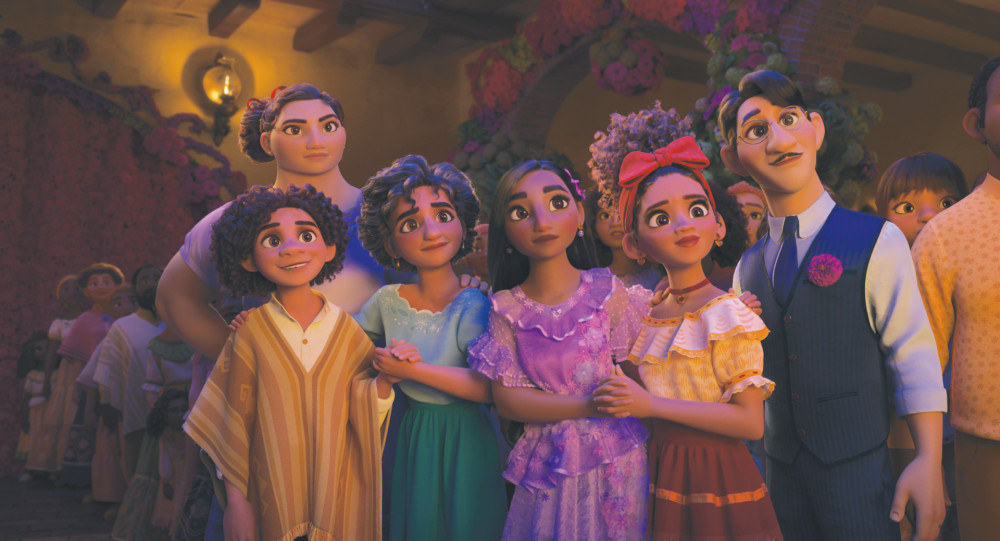 Bush chimes in, “We knew that we wanted to tell a story about a complex, extended family — and that is a common, worldwide theme. Families are definitely important in Latin America and Colombian culture. We all have things that we need to learn about our families and, at times, I think everyone around the world has challenges with their families. So, I think everyone will find a little bit of their own family in this film.”

Castro Smith also puts in some final words about Lin-Manuel Miranda’s music in the film. “I know people will take away the songs from this movie, too,” she says. “They are so rich, fun and catchy. I think the songs will stay in people’s heads for a long time!”

Disney will release Encanto in theaters on November 24. 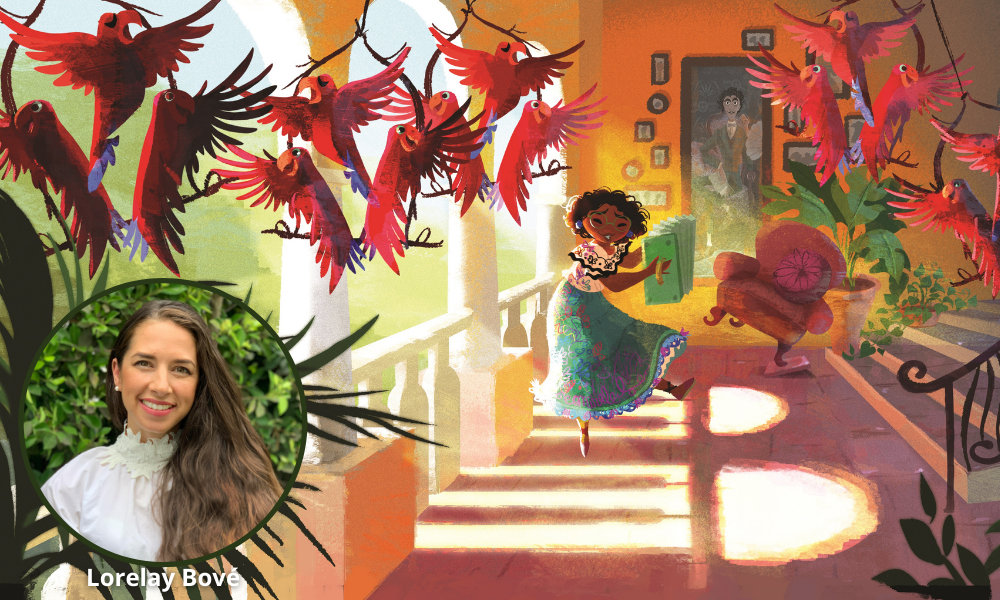 Concept painting of Mirabel in the magical casa by Lorelay Bové.

The film’s associate production designer Lorelay Bové (visual development artist on Zootopia, Big Hero 6, Wreck-It Ralph and The Princess and the Frog) discusses the design of the Madrigals’ home and color palettes:

“The house of the family Madrigal is inspired by traditional homes in Colombia. Earlier on, we talked to Colombian architects and they gave us great information about the construction of these houses. We learned that the design of the casitas in the coffee region have an indoor-outdoor feel. So, we really wanted to get that in our casita as well as the courtyard, which has a beautiful view to all the magical doors in our house. 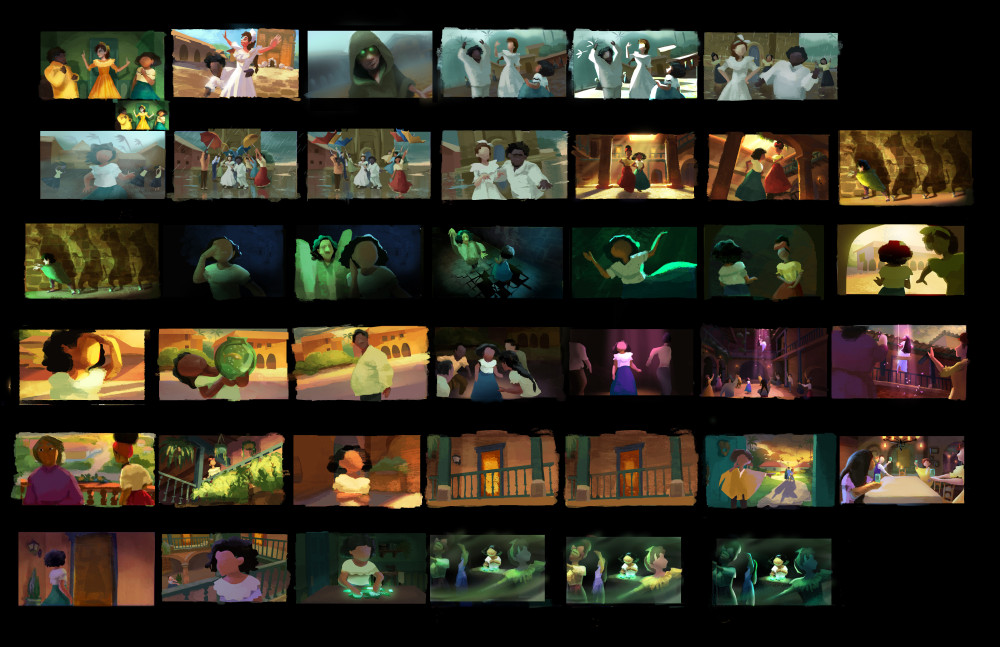 Each family member has a uniquely designed room. So, for example, Antonio’s room which is inspired by the rainforest in the Pacific coast of Colombia. We learned about the indigenous plants of the region from our consultant botanist because we really wanted to reflect the immense biodiversity of the region. 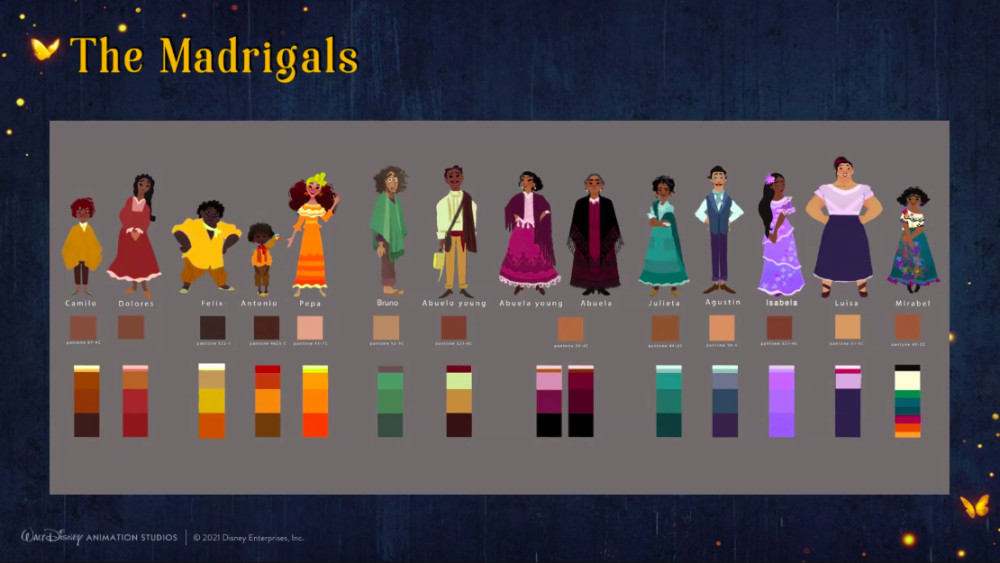 The design of the house’s kitchen reflects many typical Latin American kitchens.  We worked very closely with our consultants who really helped us to make it feel distinctly Colombian. We also wanted to make sure that the color palette had a bright and very warm and welcome feel with lots of plants and textures. Visually, our goal was to organize the family members through a distant color palette so that the audience would be able to easily understand who is who.”

Disney Junior Greenlights ‘Firebuds’ from Craig Gerber
The Beauty and the Metaverse: Mamoru Hosoda on ‘Belle’