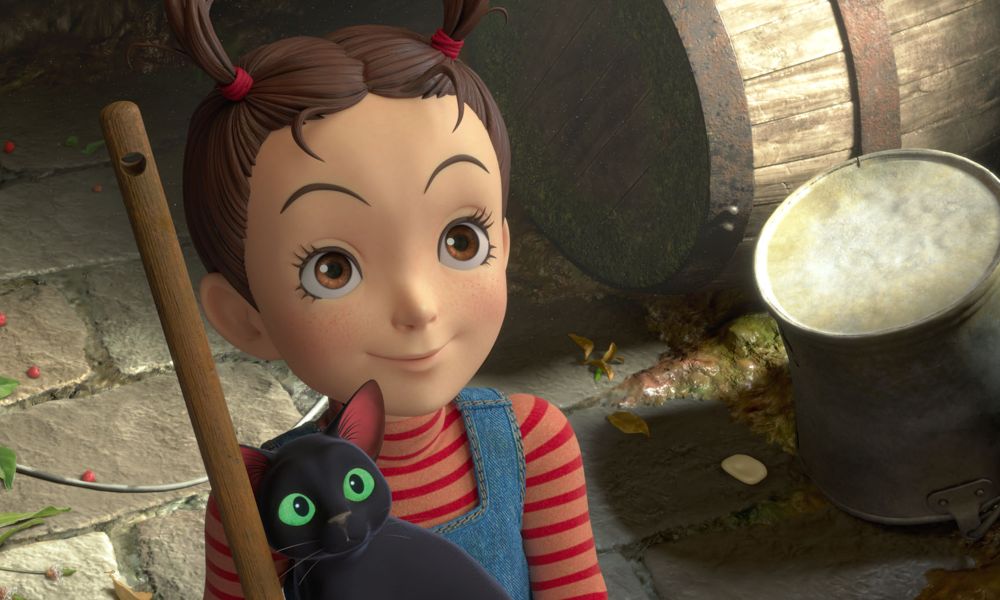 One of the most-anticipated animated films of 2021 is Gorō Miyazaki’s Earwig and the Witch, based on the juvenile novel by Diana Wynne Jones (the author of Howl’s Moving Castle), which debuts in select theaters through GKIDS on Wednesday, February 3 and on HBO Max on Friday, February 5. It’s Studio Ghibli’s first 3D CG feature and Miyazaki’s first theatrical film since the hit From Up on Poppy Hill in 2011.

Miyazaki recently talked to Animation Magazine about the film in an interview via Zoom from Studio Ghibli(with Yuriko Banno translating). Early on in our conversation, he noted that Earwig had a very different genesis from Poppy Hill.

“Hayao Miyazaki and Keiko Niwa wrote the script for From Up Poppy Hill, handed it to me and said I should make a film of it,” he recalled. “Although I changed a few things along the way, the script was already there before I started the film. This time, Hayao Miyazaki read the original novel and said, ‘This is a very interesting story, why don’t you make a film out of it?’ So I worked with Keiko Niwa and Emi Gunji to create the script.” 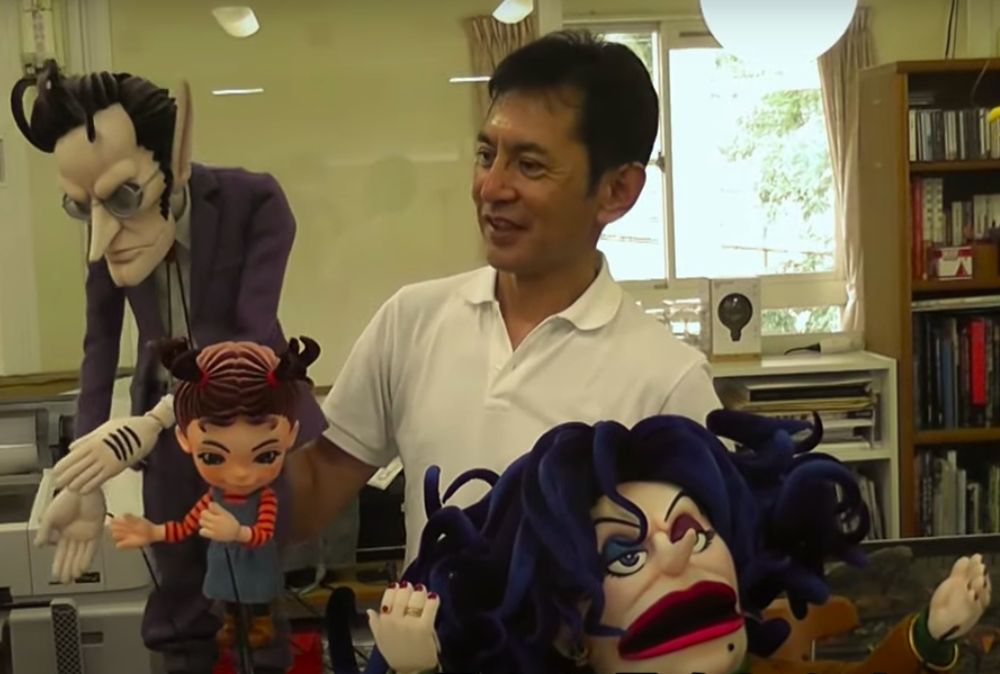 Gorō Miyazaki with puppets of the Mandrake, Earwig and Bella Yaga

His decision to make the film in 3D CG instead of Ghibli’s signature hand-drawn animation has already sparked widespread discussion online. “Studio Ghibli will continue to create hand-drawn 2D animation, but I felt we needed to take on new challenges as a studio,” Miyazaki said. “It’s important for us to be able to do both traditional hand-drawn animation and 3D CG. After doing the TV series Ronja, the Robber’s Daughter (2014), I really felt the potential of 3D CG animation, so I wanted to take on that challenge.”

“If I had made Earwig and the Witch in 2D, it would probably have been a completely different film,” he continued. “There are beautiful things about hand-drawn animation and great things about 3D CG: you have to make the most of the strengths of each method. It’s not a matter of good or bad; they each have their strengths. For example, in very short sequences, with CG, you have to create the whole set and the props, which is a lot of work. In 2D, you just draw that stuff. Conversely, I found CG is able to capture the nuances of the facial expressions of the characters.” 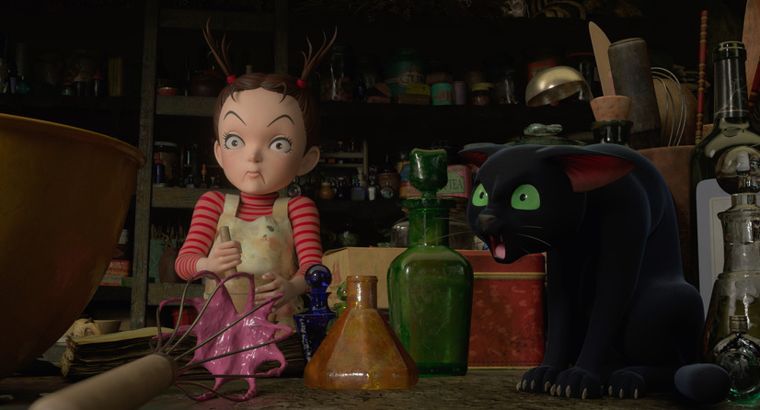 In contrast to Umi, the modest, industrious protagonist of Poppy Hill, Earwig is a willful, self-possessed girl from a British orphanage who delights in getting other people to carry out her wishes. Her resolve is challenged when she’s adopted into the home of the witch Bella Yaga and a mysterious, powerful figure known only as The Mandrake. One of the challenges Miyazaki faced was making Earwig a more sympathetic character than she was in the book.

“Umi perseveres and doesn’t show her true feelings: A lot of Japanese can see themselves in her,” he explains. “Earwig is very headstrong. She knows what she wants and works hard for it. I wanted her to be an inspiration for younger people to go about their lives in that way. But we wanted to avoid her coming across as manipulative. It was definitely a challenge.” 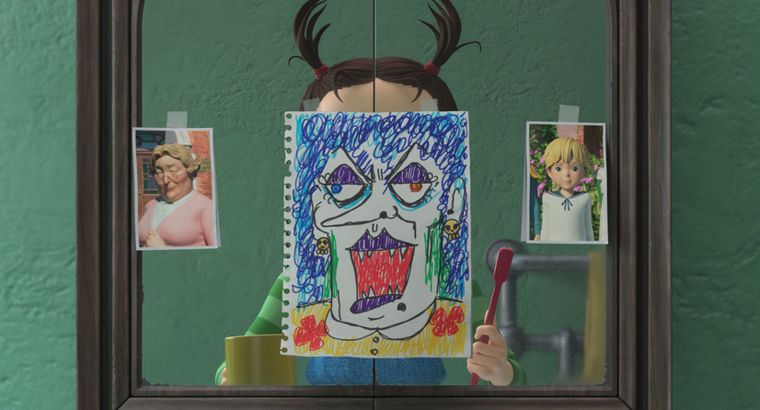 Jones’ Howl’s Moving Castle is a long, complicated novel. However, Earwig and the Witch is brief — only 117 pages in large type with numerous illustrations — and more limited in scope. Miyazaki and the screenwriters added a backstory to explain why Earwig was left at St. Morwald’s Home for Children with a note that read, “Got the other 12 witches all chasing me. I’ll be back for her when I’ve shook them off. It may take years.”

“We wanted to tell the story of where Earwig came from, so we tried to come up with an interesting backstory,” Miyazaki said. “I ended up with rock music and that her mother had been in a band. The film is set some time in the ‘90s, so if you do the math, her mother was probably young in the ‘70s, when there was so much rock music I like. We’re using 3D CG animation for the first time in a Studio Ghibli film, so why not use rock music for the first time, too?” 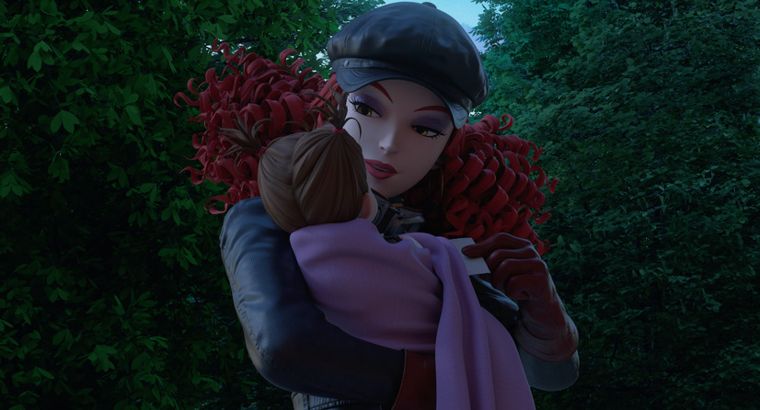 The designs for the characters in Earwig and the Witch were partially influenced by Miho Satake’s illustrations for the Japanese edition of the novel, which in turn reveal the influence of Paul O. Zelinsky’s original drawings. Rather than rendering every hair on the characters’ heads and every stitch in their sweaters, as many American films do, the designs are more stylized. Earwig’s brown ponytails and Bella Yaga’s tangled blue curls look like they’ve been piped out of a pastry tube. Thomas, the black cat who shifts from serving as Bella Yaga’s familiar to Earwig’s ally, is as stylized as Jiji in Kiki’s Delivery Service, but in very different ways. This new look is partially the result of the ongoing cross-Pacific cross-pollination in animation. 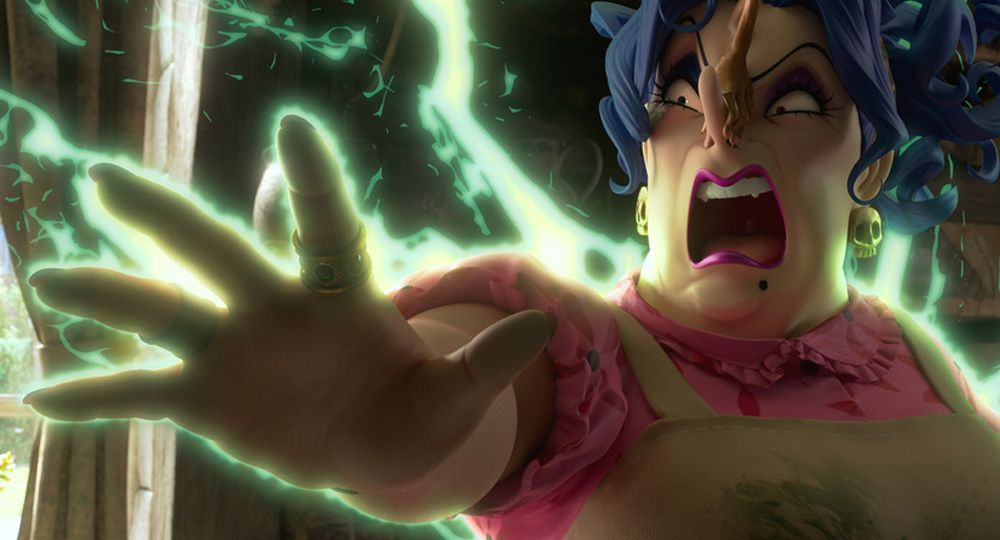 “When we were starting Earwig and thinking about the look we wanted, some people from the Laika Studio came over to our studio and showed us puppets from Kubo and the Two Strings,” Miyazaki recalled. “I wanted Earwig to have a more cartoonish look: not too photorealistic, but I didn’t want to go too stop-motion puppet-y. The puppets the Laika people brought were a big inspiration for character designs. Not just Kubo himself — even the monkey’s hair looked like scales, rather than individual strands, which was kind of interesting. Instead of rendering each strand of hair, we have masses of hair in bunches.”

Although Earwig was an official selection at the 2020 Cannes Film Festival and has received an Oscar-qualifying run through GKIDS, Miyazaki worries that American fans may not accept the idea of a Studio Ghibli CG film. He concluded, “I hope that people won’t stay away from the film just because it’s the first 3D CG film from Studio Ghibli and doesn’t have our traditional cel look. I just want people to give it a chance.”

Studio Ghibli’s Earwig and the Witch premieres in select U.S theaters through GKIDS on February 3 and on HBO Max on February 5.