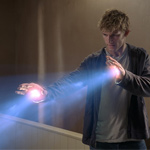 Veteran supe Greg McMurry reveals some of the clever ways he and the artists at ILM,   and Hammerhead delivered the visual magic for I Am Number Four.

Tell a visual effects artist that his or her next project is going to be a sci-fi alien movie and you might as well have given them the key to kingdom of heaven! That’s probably how veteran visual effects supervisor Greg McMurry felt when he was tapped to work on D.J. Caruso’s movie I Am Number Four. This February release centers on a group of nine earthbound alien teens with super powers that have fled their planet just before it was destroyed by a hostile species.

The main character is a 15-year old who is just discovering his superpowers and is hunted by the alien enemy who blew up his planet. Based on a popular young adult novel penned by James Frey and Jobie Hughes (under the pen name Pittacus Lore), the movie features many of the cool visual flourishes (799 vfx shots, altogether) that we have come to expect from this genre. 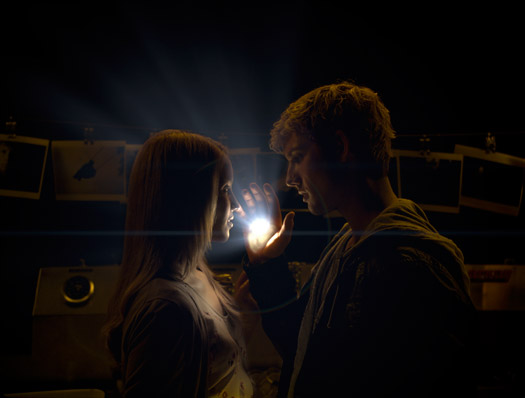 “It’s one of those great pictures that had everything in it,” says McMurry, whose numerous credits include sci-fi classics such as Star Trek: The Motion Picture, Blade Runner, The Abyss and Batman Returns. “It has people with superpowers, alien creatures, set extensions and cool particle effects. You know, many visual effects artists get into this business to do space movies. Here we have weapons from another world—so we have to create our own set of rules about how things work in this science fiction realm.”

While the good aliens from Planet Lorien blend in with humans, the bad guys (the Mogadorians, also known as Mogs) are expected to be on the strange-looking side. “They are called Mogs and our job was to make them look extreme enough so that if you were standing next to them in a 7-11 store, you couldn’t tell that they were from another planet, but you would definitely think that they looked kind of weird,” explains McMurry. “Our Mogs have extra gills that come into their faces when they are hunting their prey. We created their special organs by using computer-generated prosthetics. In the past, we would probably just use some rubber material to get that effect, but now we create that in CG.”

To create the CG-animated hunting dogs of the Mogs, McMurry relied on the vfx team at Industrial Light & Magic, led by Bill George (Twilight, Harry Potter and the Chamber of Secrets). “They created these bloodhound-type creatures used by the bad guys to track down the good aliens. ILM created these completely CG-animated characters—over 60 shots, which are also used in the battle sequences.”

One of McMurry’s favorite sequences is the final third-act battle scenes between the good Loriens and the Mogs. “The movie has all these great places where it takes unexpected turns, but in the final battle scene, we had a lot of fun,” he explains. “Our stunt coordinator Brad Allan (Scott Pilgrim vs. the World, Kickass) blocked a lot of the ninja-style battles, and we added the CG-generated creatures, nine-feet-tall bad guys and out-of-this-world weaponry!” 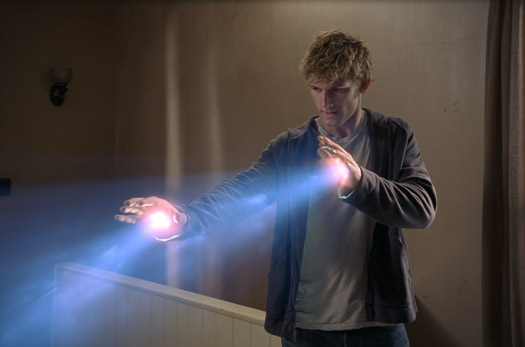 Those who appreciate cool ways of eliminating the antagonists in Hollywood will also get a kick out of the way the Mogs have to be killed by special knives made with Lorien crystals. “It works like Kryptonite on them,” adds McMurry. “We call it ashing—a fast way of aging and vanishing—and it reminds me of the techniques we used in some of vampire movies I worked on. It behooves you to kill the Mog in a way that doesn’t leave any traces behind.”

McMurry says he purposefully tries to avoid looking at other movies to get ideas about how to depict something as difficult as that. “One of the fun things about doing visual effects is that you’re always trying to do something that has never been done before. I look at all the movies that I can recall and make sure we avoid doing what they did in those movies. You don’t want people to say, ‘Oh, that reminds me of that scene in Harry Potter.’ That’s the hardest part of the job—to do something that audiences haven’t seen before—and I think we did a good job of that.”

The task of creating those custom particles required of the Mog destruction scene fell on Mat Beck (Yogi Bear, The Vampire Diaries) and his team at Entity FX. “We had a very short post-production period, so we were very fortunate to have Mat and his software people working on creating those effects,” says McMurry. “I know custom-particle sims take a long time to develop, but Matt has a great sense of how things should work. He is also a cameraman, so he was able to give it an analog capability in addition to just a digital solution because of his background as well. Our characters turn into particle animation and then we could work with him in terms of how they would be eviscerated.”

Meanwhile, the team at Hammerhead Productions helped create the effects needed to depict the special powers of the lead character Number Four a.k.a. John (portrayed by Alex Pettyfer). John emits a special energy called Lumin from his body. “We had a lot of fun with this Lumin power as he can use it to create havoc or light up a dark room,” says McMurry. “What I like to do is to give individual companies a section of the film, so they can be experts in that specific process—not just the technique but also the storyline as well. The artists at Hammerhead had to come up with ideas about how his power works, how does it come off his veins—they were in charge of guiding the Lumin concept and how it interacts with the environment and the other characters.” 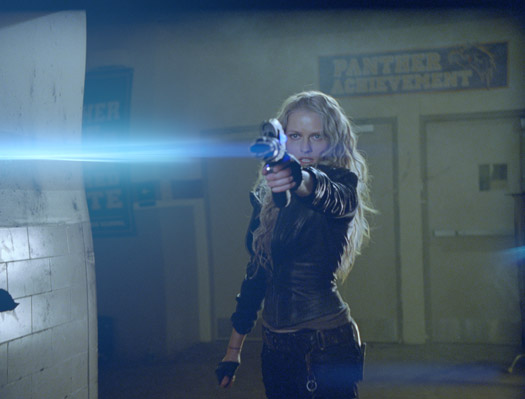 As a professional artist who has worked consistently since 1979, McMurry has seen the industry change and evolve in many ways, but he says he is most impressed by the achievements of smaller pictures. “I have had the pleasure and displeasure of doing this for a long time,” he says. “I’ve experienced many different technologies, but I’m quite amazed at how we are able to break ground even in films with smaller budgets.”

He adds, “The first movie I worked on was Star Trek: The Motion Picture, and at the time, it was one of the largest budgeted movies of all time, second only to Cleopatra,” recalls the 58-year-old supe. “I’ve been fortunate to work in movies that used visual effects to create a whole world for us, like Blade Runner. The truth is, today we get to use technologies that were once only reserved for big sci-fi blockbusters—today, we can do that kind of storytelling in movies of any size. Our work becomes more tied to the nuances of character development and storytelling rather than building the backgrounds.”

Touchstone releases I Am Number Four in theaters nationwide on February 18.

You may also like...
Related Topics:Aliens Among Us, Entity FX, Greg McMurry, Hammerhead, I Am Number Four, ILM