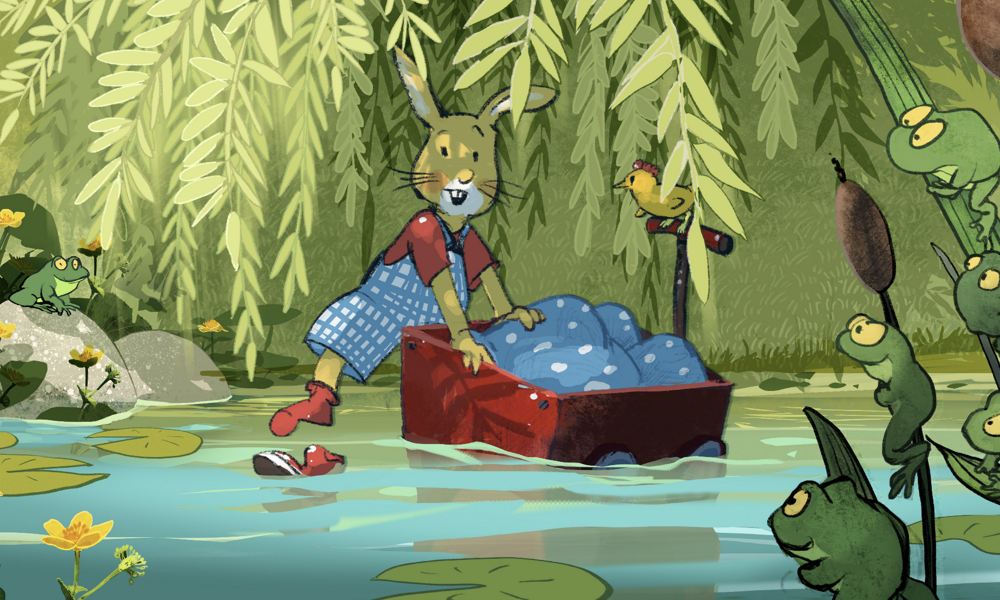 “The world of Karlchen (Little Charlie) by Rotraut Susanne Berner is so lovingly observed, drawn and told, enjoys such popularity and worldwide distribution, that one can speak without exaggeration of a new children’s classic,” said Alexandra Schatz.

“In Karlchen, Rotraut Susanne Berner has created a world that every child can relate to. A high quality yet entertaining movie for the youngest kids, a perfect example of what we love to produce at Submarine,” added Bruno Felix of Submarine.

Best Birthday Ever is a 75-minute film about Little Charlie, a small rabbit who lives with his loving family and pets in a house at the edge of town. Like many five-year olds, Little Charlie goes to a kindergarten and plays with his friends in the neighborhood. He is used to having his parents’ full attention — but all of that changes when his baby sister Clara is born, leading to an unexpected adventure with his best friend Monica.

“It is a great adventure in itself to direct a good and exciting movie for the younger children. A story we try to tell from their own unique perspective. A story of disappointment, courage, acceptance, growing as an individual and understanding the needs of others,” said Michael Ekblad, Slugger Film.

The German-Dutch-Swedish co-production, aimed at children aged 4-7, will be released in the summer of 2021. Written by acclaimed scriptwriter Aje Andrea Brücken and directed by Slugger Films’ Michael Ekblad, Best Birthday Ever has already secured theatrical distribution with Universum in Germany, Folketsbio in Sweden and Periscoop in the Benelux.

The film is due for theatrical release in 2021. Worldwide sales are with SC Films International, the specialist sales agency headed by Simon Crowe. Their recent titles include Pachamama, White Fang, Gnome Alone and current productions The Dragonkeeper and My Father’s Secrets.

“We have three great production teams producing a high quality animation film based on an award-winning books series. This is one for all younger members of the family, who does not love a birthday?” commented Crowe.

You may also like...
Related Topics:Best Birthday Ever, featured
Geographic Region:Europe