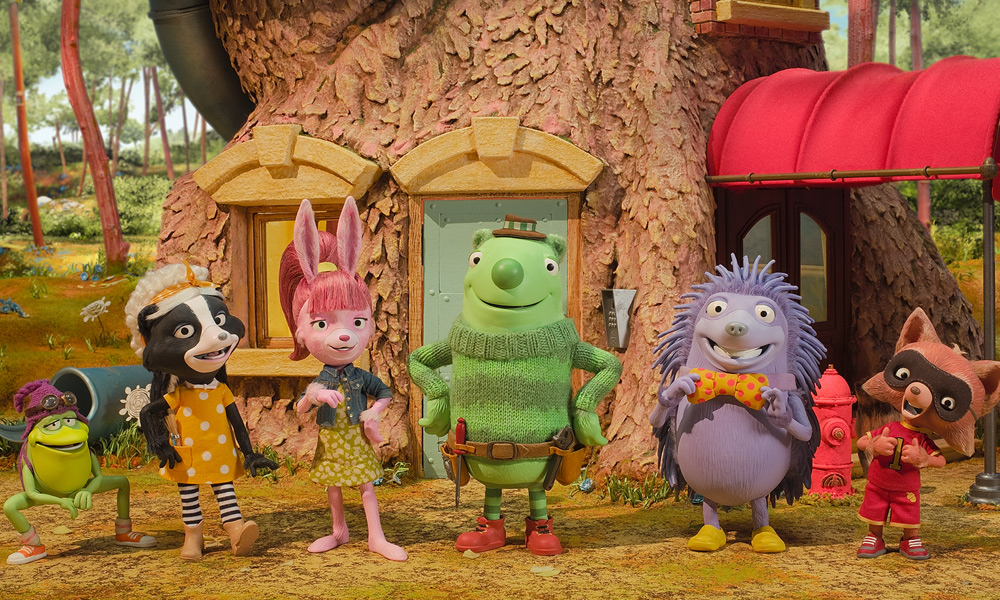 This Saturday (July 27) at 11 a.m., Universal Kids debuts a new stop-motion series about Mother Nature’s son, Norman Picklestripes! The whimsical, music-filled show centers on the adventures of Norm, who spends his days helping his quirky and demanding animal neighbors. Produced by BAFTA-winning Manchester-based Factory, Norman Picklestripes features Broadway-inspired musical numbers in each episode, celebrates the great outdoors and proves the positive impact of working together with others.

We had the chance to catch up with the show’s Emmy-winning exec producers Alex Rockwell (Word Party, Pajanimals) and Judy Rothman Rofé (Julie’s Greenroom, Madeline) to find out more about Norman and his pals:

Animag: Congrats on the debut of your new series. Can you tell us a little bit about how the show came to be?
Alex Rockwell and Judy Rothman Rofé: About a year before the channel rebranded, Universal Kids approached us with a short animation test of a green striped creature. We were asked for a take on a comedic series featuring the design. We pitched Norman Picklestripes — the son of Mother Nature and the fix-it guy of Plywood Forest — as a musical sitcom for preschoolers. If your maple tree is leaking sap or the possums are having a loud party, Norm’s the one to call (kind of like a New York super). The team at Universal Kids loved the idea as a flagship series for the network and ordered a mini-bible and pilot right away.

When did you start working on the series?
We pitched the concept in August 2016 and got a greenlight for 52 eleven-minute episodes in March, 2017, which was a relatively quick process.

Where is the animation produced and how many people work on the production?
We are very fortunate to work with Factory in Manchester, U.K.. A very talented crew of 128 work or have worked on the project, including the head of the studio Phil Chalk (also an EP on the series) and two outstanding directors, Chris Sadler and Geoff Walker.

What do you think makes the show stand out in the crowded preschool arena?
Our series is a true sitcom for preschoolers with a quirky cast of characters and loopy storytelling designed for silliness and laughs. It was a refreshing mandate to put comedy first, and stop-motion animation is the perfect medium for preschool-friendly physical comedy. Norm functions as a therapist as well as a fix-it guy – He’s always working hard to help his friends, who include an entrepreneurial bunny, an alien-obsessed raccoon, an artistic skunk and a neurotic porcupine. In the process, Norm turns an eccentric community into family. Each episode features a rousing Broadway-esque song. The stop motion is a star unto itself with its extraordinary expressions, props and nuances. And the series is prime for co-viewing, with humor that often works on two levels.

What do you personally love about it?
We’re thrilled with the mix of heart and comedy, as well as the positive messages about community and nature. We were lucky to assemble a diverse group of the very top Toronto voice-over artists. We worked with some very funny writers, who maximized both the verbal and physical comedy in their scripts, and Factory took it a step further with their meticulous execution. Our five composers delivered some of the best songs produced for preschoolers. Our music director/underscore composer Jeff Zahn got brilliant performances from our artists. We also loved working on an international production with frequent trips to Toronto and a few magical visits to Factory in the U.K.

What was the biggest challenge for your as producers?
The international production set up was also our biggest challenge. We had many early conference calls and got used to communicating with the directors 24/7 via WhatsApp. The writing schedule was fast and furious, and there was also a learning curve for writing for stop motion. We had strong backgrounds in 2D and CGI, but we found that our experience in puppetry was most helpful for understanding the physics and limitations of shooting live.

What are the visual influences?
We ended up with our own look and unique style for Plywood Forest, thanks to a giant mood board, a stellar design team, and many years at summer camp.

How would you describe the animation?
Traditional stop motion, augmented with CGI and 2D. For comedy, reaction shots are so important. Factory has maximized a method to capture nuanced expressions using a 3D printer to create a multitude of mouth replacements. CG was also utilized to enhance BGs, plus add depth and detail (like fireflies lighting up a field), and 2D is used in our limbo sets for songs.

Who are your animation idols?
For stop motion, we’re both fans of the brilliant Wes Anderson and the team at Aardman. For CGI, 2D and puppetry, Jim Henson, Hayao Miyazaki and Pixar are our heroes.

Can you offer some helpful advice for producers who would like to follow in your footsteps?
Maintain a strong vision as the beacon that guides you through development and production. Surround yourself with talented people and give them the space to do what they do best. Be obsessive when it comes to rewriting. Do as many read-throughs as possible/tolerable. Always leave space for improvisation from talented performers. Partner with someone who complements your experience and keeps you laughing through the ups and downs of a long production cycle. 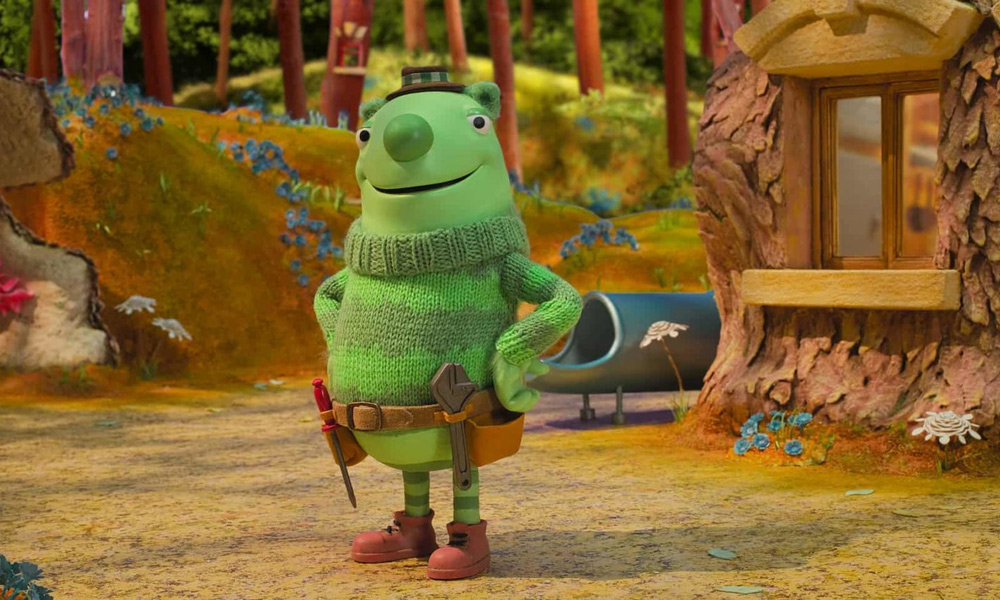