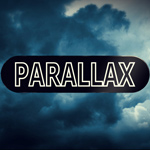 Parallax Media Ventures has announced it has nearly completed pre-production for Musical — an animated take on the classic Grimm’s fairy tale The Bremen Town Musicians, about four unlikely animals who form a band to enter a big music contest in the German town. The project carries a proposed budget of $60 million and is slated for a 2017 release. A first act animatic will be available for private viewing following the American Film Market.

“Tonally, Musical is Shrek meets Frozen meets Lord of the Rings, with danger lurking in the shadows. I’ve always wanted to see an animated feature that shows characters focused on overcoming seemingly insurmountable obstacles, inflexible cultural beliefs, and self doubt,” said Kevin Richardson, executive producer and founder of Parallax Media Ventures. “I think the Grimm Brothers would approve of our story adaptation and the way our animation brings the characters to life, and respects the core themes.”