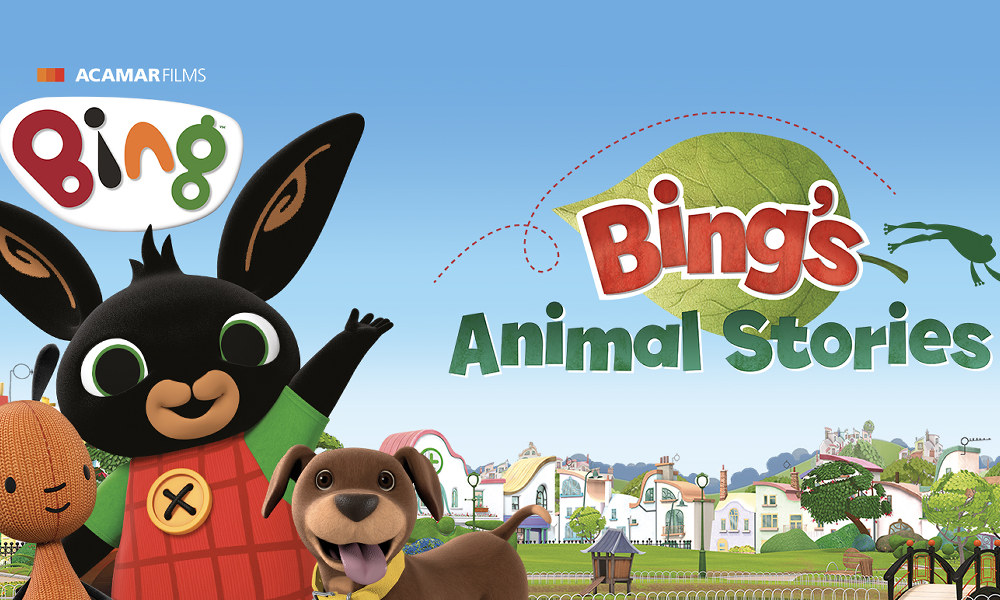 Bing’s Animal Stories is a new feature-length treat, bringing together some of Bing’s best animal-themed episodes along with play-along fun and games to keep Bingsters entertained. Bing’s Animal Stories is currently running exclusively in U.K. cinemas and will launch nationwide in the Netherlands and Italy for the busy back-to-school period.

The new release follows the success of Bing’s previous cinema specials, Bing at the Cinema (2018) and Bing’s Christmas & Other Stories (2019/20). With 30,000 U.K. admissions, an eight-week run in Poland and a five-week extension in the Netherlands to meet audience demand, Bing’s big screen debut in 2018 was a top performer in the preschool space. Its follow-up, Bing’s Christmas & Other Stories, was a sell-out success in the U.K. with an extended run and was a Top 10 box office hit in the Netherlands.

Bing’s Animal Stories launched nationwide in the U.K. on July 2 to 107 screens across Vue and Showcase cinemas. Due to overwhelmingly positive audience reception and impressive box office results, Vue are extending their screenings and will be adding Bing’s Animal Stories to their Mini Mornings program across their full circuit from August 13. Ticket bookings can be made at myvue.com.

Bings Dierenverhalen will debut in the Netherlands on September 15, with distribution by In The Air. In Italy, Bing e le storie degli animali will run in major cinema chains from September 30 to October 3, distributed by Nexo Digital.

“Bing’s cinema experiences have proved hugely popular with young children – and their grown-ups – and we are delighted to be launching another fantastic opportunity for our audience to engage with their favorite show as part of our continued multi-platform distribution strategy,” said Eroulla Constantine, Director of Sales & Distribution at Acamar Films. “Our relationships with Vue, Showcase and our European partners are flourishing, and we look forward to more Bing cinema success.”