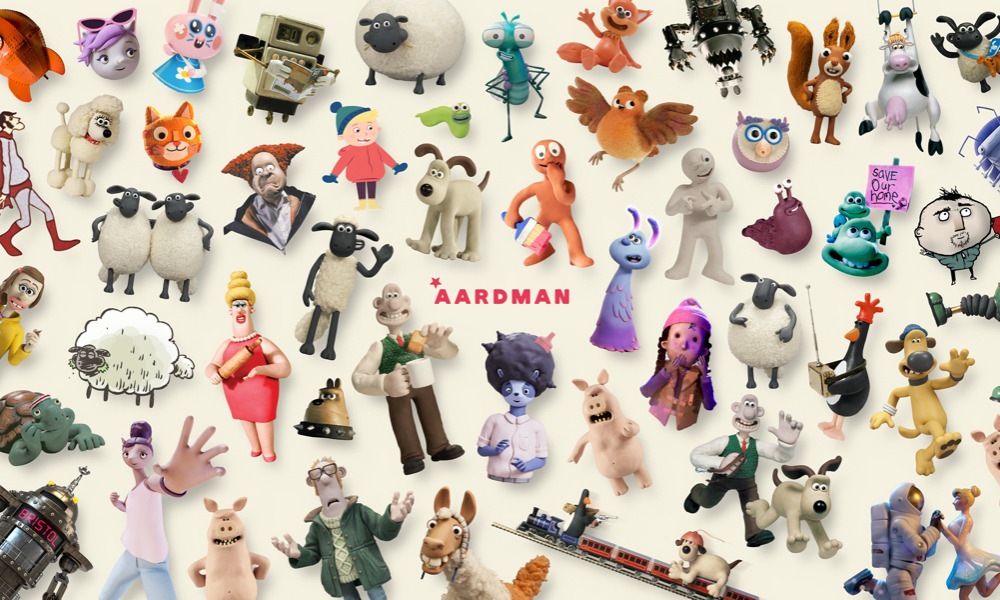 The multi-award-winning independent animation studio Aardman has today launched a new visual identity, including an updated logo, to celebrate the company’s legacy, its future, and the team behind its work — from development and production to the operations, sales and marketing teams that all play a vital role in the studio’s success.

The launch includes a brand-new website which showcases the studio’s work and those who make it, as well as those employees who find new ways to bring the studio’s brands to fans and who contribute to a culture that nurtures creative excellence, including by supporting diverse and emerging animation talent.

Developed in-house, the new visual identity reflects Aardman’s growing range of projects and place in the modern entertainment landscape, while retaining its unique personality and celebrating its history.

“This new visual identity, logo and website are a fitting reflection of where the studio is at in 2022 — with a packed slate of diverse content in production, featuring both our beloved characters and brand new IP,” said Sean Clarke, Managing Director. “Together they honor our history in clay stop-motion animation, while also celebrating the vast array of creative and technically innovative work we’re creating today across a range of exciting mediums and new platforms.” 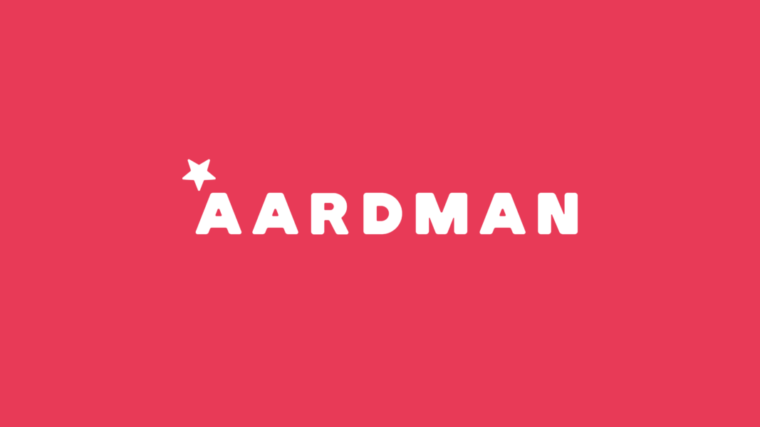 The new logo was designed by Aardman director and designer Gavin Strange. With softer, rounder edges, it is an evolution of the version it replaces, modernized and updated while retaining essential elements of its predecessor. The star, a long-standing feature of the logo, is neatened and now has wider application, including as a porthole through which to introduce characters on social media and other channels.

A new fingerprint pattern pays tribute to the studio’s clay animation roots while acknowledging its more recent and upcoming work in other media. The fingerprints represent both the culture of the studio as well as its model of employee ownership, introduced in 2018. Company typography and color palettes have also been updated to better and more flexibly serve the range of projects the company is producing.

The launch of the new visual identity coincides with the relaunch of Aardman’s website, developed by digital agency true, also based in Bristol. The new site is simpler and more intuitive, enabling visitors to more quickly find the content and contacts they need. It presents curated selections of Aardman’s work, showcases its culture and values, and highlights the faces behind the studio. As well as its primary function as a business-to-business website, it will also serve to attract new talent.

Clarke continued, “This new branding is a reminder that from its local roots in the South West of England, the studio competes internationally with the biggest in the business, thanks to an incredible team of creatives, producers, artists, sales & marketing experts and operational masterminds. It paves the way for a successful future in which we continue to bring the most compelling and inspiring stories to audiences of all ages, all over the world.”

These launches come following a successful 2021 for the company, which ended with the release of Robin Robin on Netflix, recently shortlisted for an Oscar and longlisted for a BAFTA in the animated short films categories, and Shaun the Sheep: The Flight Before Christmas, which premiered in the U.K. on BBC One on Christmas Eve and was repeated on Christmas Day.

On Being a Socially Conscious Animation Company
‘Across the Spider-Verse’ Renders New Dimensions in Multiple Styles, Says Chris Miller