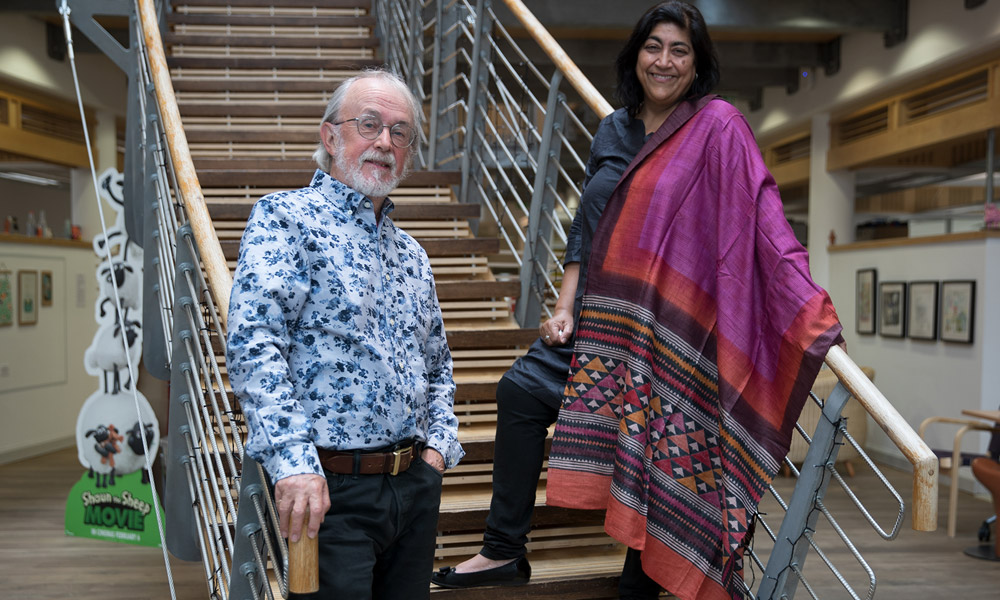 The multi-award-winning independent animation studio, Aardman (Chicken Run, Wallace & Gromit: The Curse of the Were-Rabbit, The Pirates, Arthur Christmas), and the critically acclaimed film director Gurinder Chadha OBE (Bend It Like Beckham; Bride and Prejudice; Angus, Thongs and Perfect Snogging; Viceroy’s House; Blinded by the Light) have announced that they are partnering on a feature film project.

Aimed at a global family audience, the exuberant, warm-hearted musical will tell the story of Bodhi, a young Indian elephant from the jungles of Kerala with an impossible dream – to be a Bollywood dancer!

The film will be directed by Gurinder Chadha, who is co-writing the script with Paul Mayeda Berges, under the banner of their production company Bend It Networks.

Chadha said, “Aardman is a Great British national treasure. I am honored and excited to bring my unique British-Asian vision to their acclaimed animation studio. Their work has so much heart, humor and affection, and we share a love of authentic and joyful underdog stories about memorable characters – so it really is a perfect match.”

Peter Lord, Creative Director at Aardman, added, “We are so excited to be collaborating with Gurinder, a truly great director whose beautiful, funny and warm storytelling we have long admired. Her talent, when combined with the team here at Aardman, promises something new and extraordinary in the world of animation.”

Aardman and Bend It Networks will work with Indian voice talent, musicians and designers on the project, which is in advanced development.