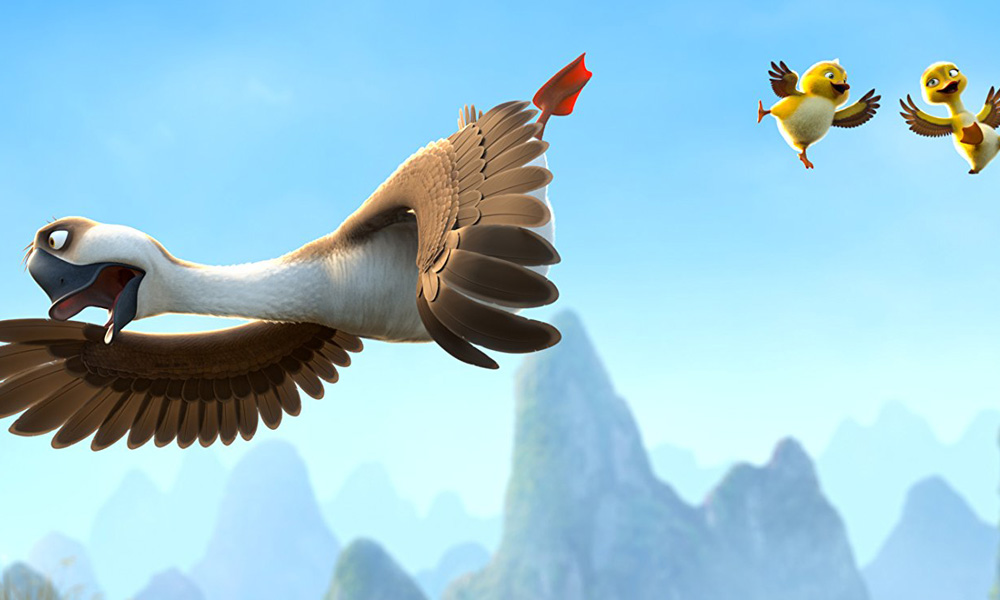 Producing a feature-length animation is a daunting task for any startup studio, even one run by two Academy Award-winning producers. But for L.A.-based Original Force — whose debut feature, Duck Duck Goose, was pulled from its April 20 theatrical release slot (it’s now available to stream on Netflix) — it was a task made exponentially harder because most of the crew, including almost all the animators and the studio’s CEO, were located six and a half thousand miles away in Nanjing, China.

Headed up by veteran animation producers Penney Finkelman Cox and Sandra Rabins, the U.S. arm of Original Force launched amid much fanfare three years ago as Hollywood’s first L.A.-based, Chinese-owned animation studio. Having assembled a 60-strong team in the Culver City office, many of whom had experience with major players such as Disney, DreamWorks and Pixar, Finkelman Cox and Rabins promptly got to work on Duck Duck Goose: a heart-warming comedy about a bumbling bird who gets separated from his flock and inadvertently becomes responsible for two cheeky ducklings. (Finkelman Cox and Rabins stepped down as feature animation co-presidents of Original Force in September 2017.)

Finkelman Cox, Rabins and director/co-writer Christopher Jenkins, an ex-Disney animator who also produced Sony Pictures Animation’s Surf’s Up, had previously tried to develop the idea with a Canadian company, which for various reasons never got off the ground. So, they jumped at the opportunity to revive the project with just a couple of tweaks — including changing the film’s location to China — under the Original Force banner. “Duck Duck Goose could have been set anywhere,” says Finkelman Cox. “In fact, the original, original idea was Canada, but it was so easy to take it and put it into the Chinese countryside.”

The inspiration for the film, explains Jenkins, came from the animals themselves rather than any one location. “I really wanted to animate CG ducks and geese because they’re funny,” he says. “They’re just funny. I always loved them. I always loved the hand-drawn stuff like in The Aristocats, and I think there were some [geese] in 101 Dalmatians.”

With its universal themes of family and fatherhood (“It always seems to be about fatherhood with me,” notes Jenkins) the film also played well with Chinese cultural values. Recalling one of her first visits to Nanjing, Finkelman Cox said she asked the Chinese crew to name their favorite film. The answer, overwhelmingly, was The Croods, about a father who “loved his family above everything so much so he would sacrifice his own life for [them],” explains Finkelman Cox. “Plus, it was funny. They love funny. We all love funny.”

While geese may be inherently funny, writing a comedic feature about them for a dual audience with few common cinematic or cultural touchstones was, unsurprisingly, something of a challenge. Fortunately, as a Welsh-born, L.A,-based filmmaker who grew up on British comedies such as The Goon Show ,Monty Python and Blackadder, Jenkins is accustomed to traversing cultural and linguistic differences. Although he loves “wacky humor,” he says, Duck Duck Goose is “more faithful to its own environment”.

Still, the film owes something to Monty Python, if only that the legendary comedy troupe proved helpful when it came to loosening up the Chinese animators, many of whom were young, with little experience of working on a feature. “I didn’t know what the acting mannerisms would be from the character animators,” Jenkins recalls of his first visit to the Chinese arm of the studio. “People were a little bit afraid to, or shy of being the actor, of being the individual, which culturally you can understand.” That, he says with a grin, began to change once he showed them Monty Python’s “silly walks” skit and started doing chicken impressions.

But, there were other issues that even a dose of Monty Python couldn’t cure. The Chinese company’s approach to rigging wasn’t appropriate for the film, which required a complex rig for the geese, whose wings had to tuck up and fold into their bodies as well as function as hands. The budget, which was a third of what Jenkins was used to working with, meant taking shortcuts that the director can’t help but cringe about now — such as using human characters from a Chinese computer game, which were simply stretched out and popped into the film.

Then, there were the trees, which, given the film’s pastoral setting, were plentiful, and caused endless friction between the U.S. and Chinese crews. Mention of the trees elicits an audible groan from art director Lauren Airriess and an “Oh my God, the trees!” from Finkelman Cox. The issue, it seems, was that despite sending over numerous reference images and instructions to Nanjing, the animators (or computer modelers, as Airriess calls them) just couldn’t grasp the impressionistic style Jenkins had opted for in the belief it would prove easier to recreate for a novice studio.

“If we had given them a photograph of a tree and said ‘do this’ they probably would have done this perfectly,” Airriess explains. “But because it was an artistic rendition of a tree, that translation in their head of ‘O.K., now I have to interpret what this means,’ — it was very tricky.” Eventually, in desperation, Jenkins sent the Nanjing team on a field trip to look at some actual trees. “I wanted to do for the Chinese environment and wildlife what Bambi had done for the American West,” he explains of his aim for the film. “Partly because I love it, partly because I think it would help people to see animals in a different way.”

Eventually, towards the end of the 18-month production run, a small team of local animators were hired to work out of the U.S. office. “They did beautiful scenes, and it was great because they were right there,” Jenkins says, explaining that the grueling pace of production combined with frequent trips to China meant he worked straight through the entire production period without a break. “There was a different level of pressure,” he admits. “It took every day of experience I’d built over the previous 30 years to use tricks to get the movie to be O.K. and to accept the fact that you weren’t going to get everything you wanted.”

One thing the director hadn’t bargained for, however, was how quickly he would be cut off from the project once he turned it in. Not only was a Chinese version created, which he has never seen, but he hasn’t been consulted on marketing or merchandising. “Working for Disney, at this point in the movie you’d be up to your knees in plush toys,” he says. “So that’s been very strange, because obviously having generated the idea and the characters and everything I could probably be helpful.”

When Duck Duck Goose opened in China last spring, it resonated with the audiences in the region, earning nearly $6 million towards a worldwide total of $15.3 million, despite limited releases and little marketing in Europe.

For Jenkins, the experience has had its share of challenges, but looking back, he is happy he was part of this creative journey. “I made a lot of Chinese friends and they were saying, don’t try too hard to make it Chinese because people have tried that before, and it doesn’t work,” he recalls. “Original Force China did do their own version, and I never saw what happened, so I can’t know exactly what’s gone on. All I do know is it was a sincere, faithful attempt to try to reflect the ways of the countryside as I saw them.” 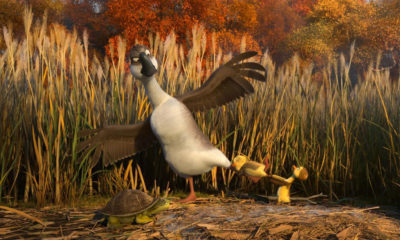 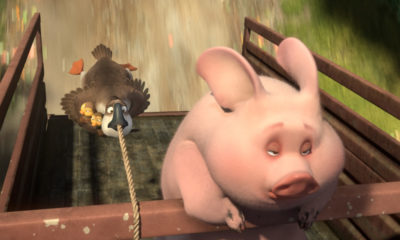 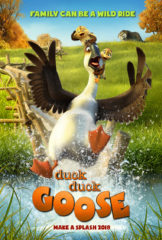 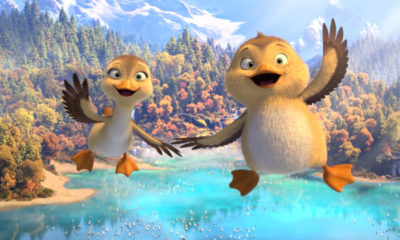 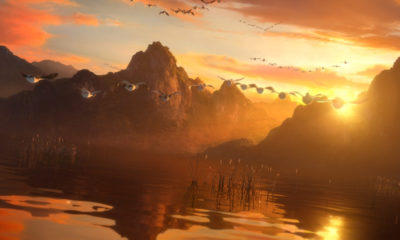 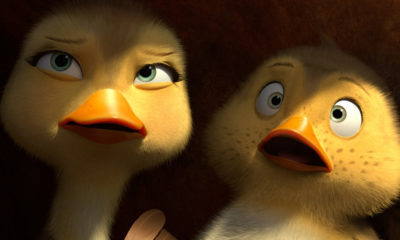 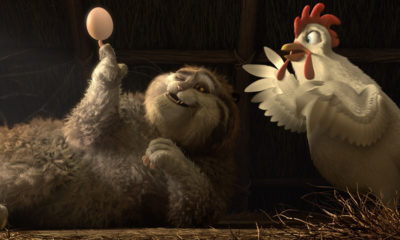 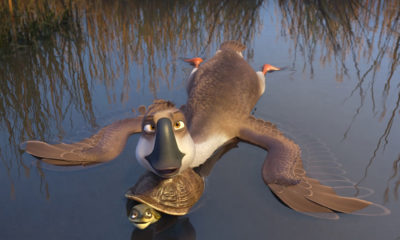 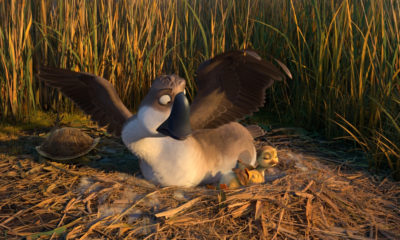 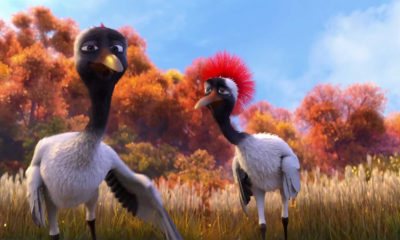