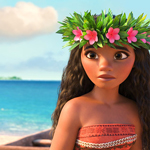 Visits to the people and places of the South Pacific inspired the crew of Disney’s Moana to dig deeper and use every tool at its disposal make a movie that lived up to the reality.

When telling stories for audiences for a global audience, inspiration can come from anywhere even as the standard for high quality storytelling hits a new high.

This was the reality that awaited the crew of Moana on its own journey of discovery on the way to making the Walt Disney Co.’s 56th animated feature film, arriving Nov. 23 in theaters. Directed by the veteran duo of Ron Clements and John Musker (The Little Mermaid, Aladdin, The Princess and the Frog), Moana tells the story of a teenage girl on the fictional South Pacific island of Motonui, who answers what she feels is a call to restore her people’s tradition of navigating the open ocean between islands. So she sets out to find the demigod Maui, to restore the heart of Te Fiti and end the destructive rot that threatens life on her island.

The course to Moana began five years ago, with a rough story centered on the demigod Maui. Following  studio chief John Lasseter’s mantra on the importance of research, Musker and Clements and the crew undertook the first of several research trips to the islands of the South Pacific — trips that raised the bar on every aspect of making the movie.

The most inspiring story element was the discovery that the people of the South Pacific were for thousands of years the world’s best navigators, easily traveling the vast distances between islands. Then, about 3,000 years ago, they stopped for reasons lost to history, and it stayed that way until they began sailing again a thousand years later.

“Those trips were really important,” says producer Osnat Shurer. “They not only changed the story that we wanted to tell, they changed us. We all came way from it really changed.”

That was reflected in the Oceanic Story Trust, a group comprised of experts in areas ranging from archeology and language to master navigators and cultural advisers that helped guide the production at every step.

“There were so many things we were inspired by, surprised by, excited by, that we came back and really threw that story out — the only element we kept was Maui —  but we really wanted to focus it on navigation, this period 2,000 years ago where this incredible thing happened,” says Clements. “It just seemed that teaming him up with a teenage girl who dreamed of being a navigator in a world where that just didn’t exist but it was in her DNA, in her ancestors, her legacy, and the idea of her bringing that back seemed like a way to tell the story.”

“We were influenced a little bit by True Grit,” adds Musker, “We saw it as a kind of a True Grit story in a way, with the girl who’s got a quest and she’s dogged and determined and there’s this reluctant participant who’s down on his luck and it just seemed like a fun dynamic.”

A New Kind of Hero

Voiced by newcomer Auli’i Cravalho, Moana herself is a different character — though her father is her island’s chief, she’s not a princess in the traditional Disney fashion. Conceived as a vibrant, tenacious and compassionate 16-year-old, getting the right look for her was essential, says character art director Bill Schwab, who sought balance between a distinctive look for the film and the Disney tradition. “We want them to feel like they came from Disney, but we also want them to have their own style,” he says.

Designs went through a rigorous process of testing to ensure every detail was correct. “We really do sweat the details,” says Schwab. “We’re looking at Moana from every angle so that we can put the camera anywhere and she always looks great. We spend a lot of time on all these things — anatomy in general was a big thing on this film — and make sure it looks great.”

The version of Maui that ends up in the film is an amalgamation of the various incarnations of the diety across the different cultures of the South Pacific. Voiced by Dwayne Johnson, Maui has a long mane of curly black hair and is covered in tattoos that chronicle his many feats of heroism. He carries a magical fish hook, and has the ability when wielding it to transform into animals or birds.

“When Maui transforms, it is initiated by a big anticipation and then an action, pushing from one form into the next,” says head of animation Hyrum Osmond. “We’re doing it in a way where you almost don’t need the lighting and the effects, it just feels right, the consistent movement from one form to the next.”

Making Maui even more unique is one of his tattoos is a character in his own right. Dubbed Mini Maui, the tattoo is animated in 2D and follows in the tradition of Pinocchio’s Jiminy Cricket.

“More than anything, he is Maui’s conscience,” says animator Eric Goldberg, who worked on Mini Maui. “Since Maui is a bit of a trickster, Mini Maui is there to pull him back from some of his more trickstery attitudes.”

An Ocean in Motion

Setting is essential to the story of Moana, which means that the ocean is as much a character in the film as Moana or Maui.

“Water is pervasive in this movie,” says Hank Driskill, technical supervisor. “We knew that Moana and Maui would spend a lot of time on the water. It’s also an important part of the culture and the  mythology as well, so we wanted to be really ambitious with our water.”

The crew developed a new way to solve water in the computer that was dubbed Splash, which was used to generate open water on the ocean. For shots where Moana’s canoe is seen in the water, the area around the canoe was cut out of the Splash-generated water so effects like the wake, splashes and foam could be applied; it was then reintegrated into the shot.

Splash operated using distributed computing, which allowed the solver to run on multiple computers that could communicate with each other and operate like a single processor.

This is just one example of the heavy effects work on Moana. About 80 percent of the shots in the movie feature effects, compared to about 45 percent for Big Hero 6, says Driskill.

Additionally, the ocean is also a character in the movie and the effects crew had to figure out how it was going to interact with Moana and Maui.

Head of effects Dale Mayeda says an ocean water rig was set up to allow animators to create a performance with the ocean.  A fluid simulation was done to flow water along the surface, while splashes were added to accentuate the performance and another fluid simulation was done inside the shape of the animated section of ocean to make it match the rest of the water effects.

On the other end of the effects spectrum was Te Ka, a giant creature made of lava who stands in the way of Moana and Maui’s quest. A lot of variations were done on Te Ka, who Schwab says turned out to be an epic undertaking.

“Every department had to be involved, even from a design standpoint: How does lava work? What kind of lava is it going to be?” says Schwab. “Something like that could easily go too real and finding that balance was tough.”

Marrying the characters to the environment was another key goal that required a lot of prep work on behalf of the animation team to achieve.

“We spent about a year just figuring out the characters, how they act, so once the animation team rolled off Zootopia and we started animating on this film, we had a pretty good grasp of who Moana was and who Maui was and that way we could give all that information to the team,” says head of animation Amy Speed. “We really want Moana to feel 16, and we really want Maui to feel powerful. … We try to do as many animation tests as we can to learn through that process: how they should move and how they should act; what makes them unique from each other and from past films we’ve been on.”

“We always say you can’t animate a character until you know who that character is and develop a style of movement based on what that character needs to be in the story,” says Goldberg. “So as they were  describing Maui, he’s larger than life, so his movements are big and confident and strong and he’s that kind of character. Moana is excited and passionate and strong and determined and her movements represent that. She’s not going to walk into a room like everything revolves around her, like Maui is. And you show that through movement.

Goldberg says it’s been fun to watch the studio’s 2D and 3D animators work together on this project and influence each other. “It’s really one of the first times we get to be in the trenches as animators together — it’s not a them or us situation, we’re all animating whether we’re doing it with pencils or we’re doing it on the computer scene,” he says.

For Musker and Clements, directing their first CG animated feature was an adjustment.

“Maybe because we hadn’t worked in CG and maybe didn’t know what was easy and what was hard, we picked a lot of things that are really hard for this movie,” says Clements. “But fortunately there is an incredible amount of talent in all kinds of areas here, and they’re getting better with every movie and welcoming every challenge that’s laid ahead of them and there were a lot of challenges on this movie.”

“In 2D, there was a linear path we understood,” says Musker. “CG, in terms of its production process, seems much more zig-zaggy. We see things that are more finished and then we see it again and it seems less finished. It’s hard to explain exactly why.”

In the end, the hardest part of the movie was creating a story that was worthy of the people and places the filmmakers saw on their trips to the South Pacific. “We wanted them to be happy with the movie we made, but we also wanted to make a movie that entertains all over the world,” says Clements. “But it was harder than probably any movie that we’ve worked on.”