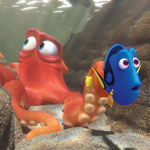 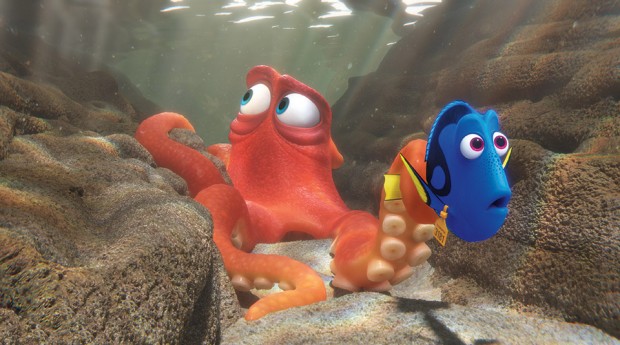 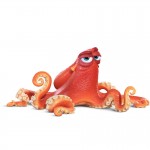 Director Andrew Stanton had no intention of making a sequel to his 2003 Pixar hit Finding Nemo. Having lived with that movie for years and seen it hundreds of times while making it, he considered it a completed work and had moved on to other projects.

But that all changed in early 2011 when he watched the movie for the first time in years as Pixar prepared to release a stereoscopic 3D version of the movie.

“It was probably the most objective I’d been watching the film, since I’d been away from it so long, and I surprised myself by walking out of it worrying about Dory,” he says. “I realized that her character could easily forget this new family she had found and might not find them again. And that kind of stuck with me.”

When that idea refused to go away, Stanton realized he had to give it some attention.

The result is Finding Dory, which Disney-Pixar releases June 17 in theaters worldwide. Returning as the forgetful Blue Tang fish Dory is the voice of Ellen DeGeneres, while Albert Brooks is back as Marlin and Hayden Rolence takes over the voice of young Nemo for a tale that occurs shortly after the original movie ends. The new feature begins as Dory finally remembers something about her past — that she has a family. She sets off to find them in the big ocean, beginning her own kind of journey.

Stanton says he always knew Dory’s backstory, even though he had never revealed it even to people who worked on Nemo. “I knew she had traveled the ocean many, many, many years, didn’t remember a thing and, because of her short-term memory loss, had probably lost anyone she had ever connected with or they ditched her because she drove them crazy,” he says. “And she probably had this massive sense of abandonment without any ability to place it. It’s sort of why she always apologizes.”

But building a story that worked with Dory at its core was extremely difficult given that she was created to be the ultimate sidekick in Nemo. Stanton says it took a year and half for the Dory team to figure out that the biggest problem with the character was that without the ability to self-reflect there was no way to track her growth through the story.

Having identified the problem, the solution turned out to be many small adjustments to the story, which finally began to come together in the last eight months of its four-year journey — much like Nemo did, Stanton says.

During her travels, Dory comes across a number of new characters, the most notable of which — for more than story reasons — is Hank, a gumpy mimic octopus voiced by Ed O’Neill of Married … With Children and Modern Family fame. (Hank is actually a septopus as he’s lost one of his tentacles.)

From a story perspective, coming up with Hank and casting O’Neill was pretty straight forward, Stanton says.

“We never had a lot of problems with Hank,” he says. “My writer Victoria Strouse came up with the idea that Dory’s really at her strongest when she’s helping others and when her optimism is pushing against somebody else’s negativity, because she’s sort of impervious to recognizing. So we needed a surrogate Marlin for her to be stuck with in the middle of this movie.”

That set Hank’s personality as a reluctant grump. But the real challenge on the character — and by far the biggest challenge in making the entire movie — came in nearly every aspect of trying to create Hank as a 3D character that could be convincingly animated.

What makes Hank so difficult is that mimic octopuses have no bones, meaning there is no underlying structure to rig up. That requires every shot of him to have a completely organic look. On top of that, animators have to deal with his seven sucker-covered tentacles as his main means of expression and locomotion to deal with on a performance level.

“We loved the physicality of him,” says Stanton. “He can go anywhere and we have a fish who needs to get through a manmade park in the middle of the movie, so he was the perfect device physically to be able to bring her in and out of water and across things and through things.”

Character art director Jason Deamer says figuring out Hank began with extensive study of real-life octopuses, learning how to draw them and figuring out the appealing and unappealing elements of the animal.

With mimic octopuses able to camouflage themselves by changing both the color and texture of its skin to blend perfectly into aquatic backgrounds, Deamer says he began to think of Hank as a kind of reluctant superhero.

“Maybe that’s his superpower: He can shape shift into backpacks; he can change his pigment and copy things,” he says.

Supervising animator David DeVan says he looked forward to tackling Hank precisely because he was going to be so challenging. “We had to figure out how in life an octopus moves; we had to deconstruct the movement and figure out how are we going to caricature this in a rig,” he says. “And the rig they built is just an incredible thing, but we had to learn how to use it.”

One of the tricks was “finding the elbow” in moving the tentacles, says DeVan. “They sort of move from the center out, and having this elbow that cascades down to the tip was certainly an octopus behavior that, if we could get that, that’s something we could use in our walks and in our locomotion. When we finally learned how to do this, the thing came alive. It feels like a muscle now. This was a watershed moment and it took us a while to learn how to do this.”

While the animators were working out how to make Hank move, 2D explorations became a useful tool for finding poses, DeVan says. “We stated exploring how an octopus would move in 2S, and that sort of helped us design poses and figure out what it might look like.”

The animators used a new tool that allowed them to draw a shape for one of Hank’s tentacle and the computer would then conform the rig to the drawing. “We could animate these poses, and get to a pose really quickly,” DeVan says.

Additional problems for Hank included simulating things like the suckers on his tentacles — of which Hank has more than 350 — as they touch a solid object, says John Halstead, supervising technical director.

Finding Dory also incorporated an unprecedented amount of new technology for the studio, says Steven May, supervising technical director. Presto was used for animation, as it was on previous Pixar movies, but Dory incorporated Universal Scene Description technology as a file management standard, Katana for lighting and a new version of RenderMan.

While animators don’t notice or deal directly with USD technology, Katana and RenderMan were able to calculate accurate indirect lighting for the underwater scenes that was not possible on Nemo.

“We’re changing an immense amount on one show, which we usually don’t do,” says May.

In terms of animating the other characters, fish are more complicated to animate than you’d think, says supervising animator Mike Stocker, especially when the movie’s returning characters have to be completely rebuilt into modern rigs.

Animators learned to animate how fish swim through water by taking real footage of a tang fish or clown fish and matching its movements with a model of Dory or Marlin. Then they had to add dialog and acting on top of that. It was difficult, but an effective way to get animators moving the characters as though they were really swimming through water, he says.

Getting into the story with Hank revealed even more complex problems for animation. “He needs to do very human things,” says Stocker. “He needs to drink coffee out of a coffee pot, but we don’t want it to look like it’s a human picking up a coffee pot. So how do we tweak it enough to make it feel like it’s an octopus doing a real thing?”

A group of 10 to 12 animators ended up specializing in Hank and helped other animators handle him. “It was easier for then to carry around this knowledge than to teach everybody how to do everything about Hank,” Stocker says.

Weekly meetings were held with the Hank team to ensure a consistent performance and to share tips or tricks on how to handle him.

The movie had almost 70 animators working on it, but the crew was much smaller for a longer time than is typical for Pixar. “It was a luxury to stay small for longer than normal, to let the story germinate a little bit,” says Stocker.

The animators’ progress on Hank informed the story process, too, with demonstrations and tests helping Stanton understand what the character could do and for the director to develop new ideas for the animators.

The bulk of the animation work on the movie took began in August 2015 and has progressed through to the end of production for the movie, which will screen at the Annecy festival in advance of its June 17 worldwide release.

Stanton says he’s glad the movie is ready for prime time and especially proud of the work the crew did on Hank. “I knew even (at the start) that this would be really hard to pull off but I knew technology had improved considerably since 2003 — and it still was a nearly impossible task, but everyone was really up for it,” says Stanton. “It was probably the most complicated character – if not the most complicated character – we’ve ever constructed at Pixar and it took everybody involved technically to do it.”