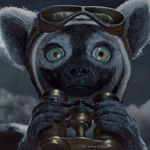 Led by Director and Writer Mark C. Smith, a dedicated group of filmmakers from Portland, OR created a visually stunning stop-motion short that explores love in the sky. Two Balloons follows two travelers who return to a place crossed by stars and clouds where love is at the beginning of everything.

The project, which originally wasn’t conceived as stop-motion, took four years to complete and had many twists and turns along the way. Smith explains, “I was first inspired during a sailing trip to Grenada when we approached a funnel cloud. It was daunting and mesmerizing to watch and it gave me the idea for ‘Two Balloons.’ Initially we were going to have the film be live action but after the hangar we needed for 1:1 scale dirigibles wasn’t available, we decided to change course. Stop motion as a form of animation has always fascinated me. I felt it would support the story and be a good challenge.”

With that the main characters, Bernard and Elba, were changed from people to lemurs and the team was assembled. Made up of stop motion veterans and those new to the animation technique, the crew worked together to tackle its unique challenges. “On set, there was a positive synergy between the enthusiasm of beginners and the wisdom of stop motion veterans. The beginners saw no limitations and thought everything was possible. The experienced crew members made the impossible possible on more than one occasion,” describes Smith.

The team spent 16 months storyboarding, building sets and securing space in a warehouse, and then started shooting. “We shot on two stages – while a shot was being animated on one stage, we’d be setting up the next shot on the second one. Our shot list consisted of 3×5 inch cards that were tacked to an 8×12 foot wall that we called the Big Board. It was the pulse of production. Each card showed a single storyboard of a shot and included a frame count based on the animatic, the listed motion control requirements and additional elements.

“For filmmakers new to stop motion, I can’t stress enough how important storyboards are. Highly detailed boards take a lot of time to create but they save time when the production meter is running. Stop-motion doesn’t offer the chance to get extra coverage because one shot can take two weeks and contains many individual elements. It’s important to plan it correctly ahead of time so you know you’re getting the shots you want. We storyboarded for eight months, did an animatic and then edited the animatic for two months. Our edit was close to being locked before we shot the first frame,” Smith continues.

“Adam C. Sager, our post and VFX supervisor, would often visit the set prior to launching a shot. His presence safeguarded our post process because how we shot our plates effected our future composites. We essentially had three departments working in locations simultaneously: animation, art department and post,” concludes Smith.

Along with planning ahead for the animation, it was also important that the team planned ahead for the overall look of the film. Art Director Kathleen Chamberlin explains, “Mark and I sifted through mountains of reference photos, books and paintings for hundreds of hours to define the look for the film. We wanted the film to be as analogue as possible. To be prepared for grading, I designed a hero frame for every shot to exemplify the look, feel and vision of the film. From these first frame heroes, I created LUTS with DaVinci Resolve Studio to use as a solid foundation.”

“The LUTS gave us a great starting point for the look that Kathleen envisioned for the film,” added Colorist John Davidson. “They helped bring the clips into range quicker and provided a guide as I worked to finesse the shots.”

Davidson then used DaVinci Resolve Studio for the film’s final grade. “Grading a stop motion film takes a bit of a different approach than a live action film because every frame is captured as an individual, meaning there can be moments when one frame changes are necessary,” says Davidson.

Chamberlin adds, “In stop-motion, elements of a set might need to be shot separately for animator access or for greater ease for the comp in post. After the set is placed back together, subtle shifts in color and value are inevitable. That means visual continuity while grading in stop motion is a task that often requires extra attention.”

“We required multiple adjustments to achieve the look we were striving for and always wanted to see more options. Since DaVinci Resolve Studio is node based, it allowed us to easily see different options and take a collaborative approach. The flexibility to use so many adjustments in one shot, as well as being able to quickly see different variations for comparison, was critical in the collaborative grading process,” continues Chamberlin.

Davidson explains, “We used a great deal of power windows in a lot of clips. With that, tracking them was very important and DaVinci Resolve Studio’s tracking capabilities really helped speed up the process.”

“Hands down, the capacity for a multitude of power windows and corrector nodes was crucial for our grading process. We required highly detailed adjustments at a level of minutia that needed a large spectrum of possibilities and tools to obtain the look we were striving for. DaVinci Resolve Studio definitely delivered on that,” Chamberlin concluded.

“Two Balloons” is about two travelers who return to a place crossed by stars and clouds where love is at the beginning of everything. It recently premiered at the 30th Foyle Film Festival in Ireland and will continue its festival run this fall. For more information, visit twoballoons.film. 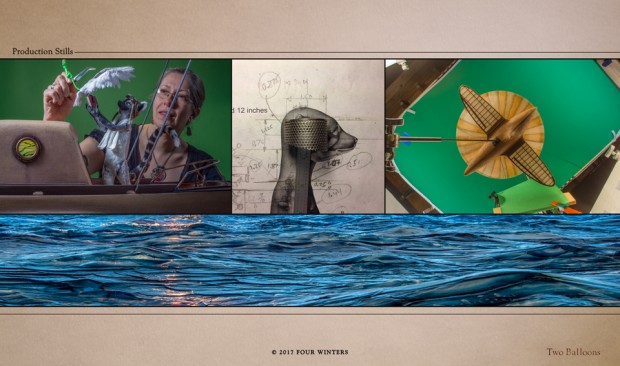 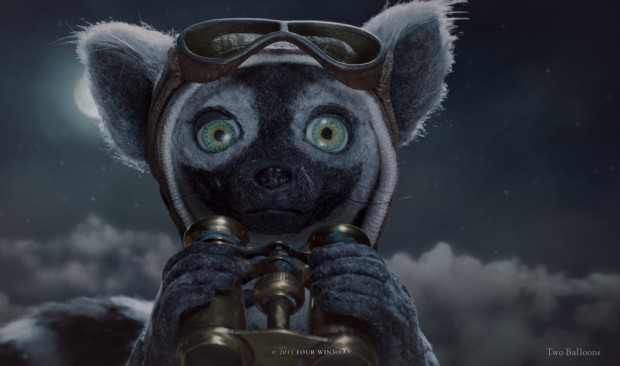 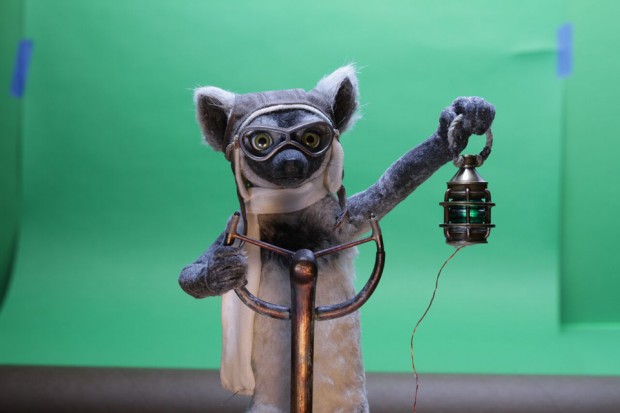