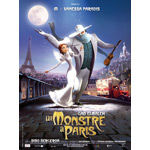 An excellent new clip for Bibo Bergeron’s upcoming 3-D, CG-animated feature A Monster In Paris (Un Monstre a Paris) premiered on the web this week. The pic, which will be released on October 12 in France, is set in Paris, circa 1910 and tells the story of a shy movie projectionist and a clever inventor who set out to capture a monster that is terrorizing the city. The monster, in turn, is in love with a beautiful cabaret singer (voiced by Johnny Depp’s real-life wife singer/actress Vanessa Paradis). The English voice cast includes Catherine O’Hara, Danny Huston, Adam Goldberg and Bob Balaban. Luc Besson (Arthur and the Invisibles, The Fifth Element) is producing the 25 million euro-budgeted project. 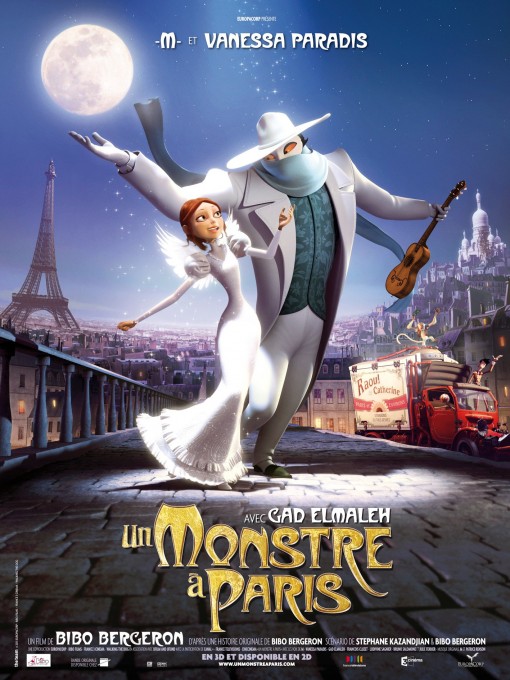 A Monster in Paris is produced by Bergeron’s Bibo Films, Europa Corp, uFilm and France 3 Cinema. The French-born Bergeron worked on many American animated features, including An American Tale: Fievel Goes West, Ferngully, We’re Back! A Dinosaur’s Story, A Goofy Movie, All Dogs Go to Heaven 2, before landing at DreamWorks and directing The Road to El Dorado and Shark Tale and working as character designer on Bee Movie.

We hope the pic will land a U.S. distributor in the next few months. Here’s the clip:

You can also view the French trailer here:

Disney Hires Writer for Long-Developing ‘King of the Elves’
Marvel Seeks Director for ‘Thor 2,’ Due Out July 2013