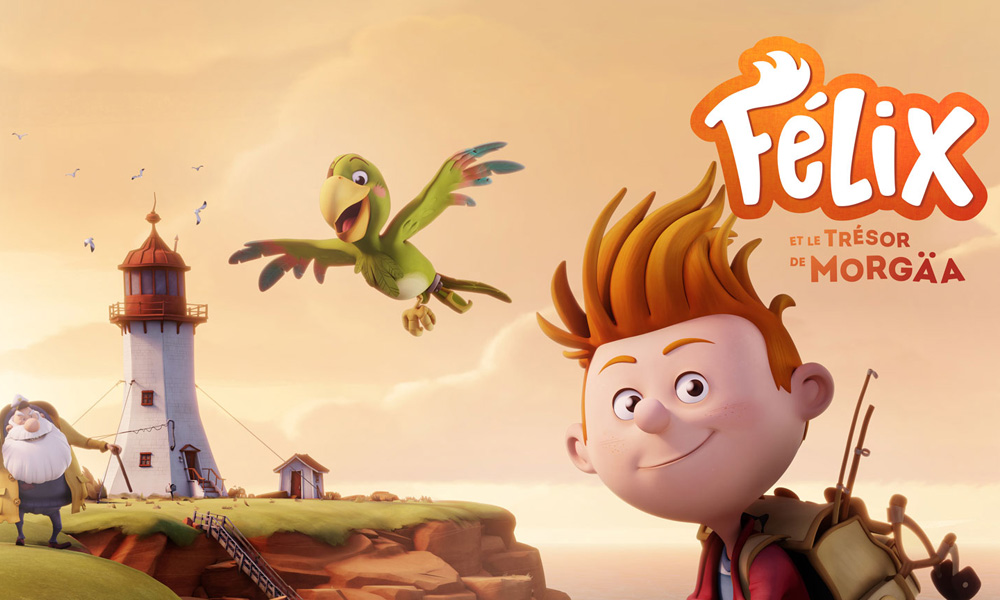 In the early 2000s, screenwriter/director/producer Nancy Florence Savard founded 10th Ave Productions to create unique and inspiring animated projects for family audiences around the world. Having established herself in Saint-Augustin-De-Desmaures, near Quebec City, Canada, Savard developed, directed and co-produced the first Canadian stereoscopic CGI animated feature film. The charming 2013 film, The Legend of Sarila, was the result of 12 years of work, and was inspired by Inuit culture and traditions. It was the first 3D animated feature entirely produced and financed in Canada. The award-winning movie was also the first in Canada to be directed by a woman.

Since then, 10th Ave Productions has been committed to developing a 100 percent Canadian animated feature and TV series industry, with public partners like Sodec, Telefilm Canada and the City of Quebec, and private partners like the Harold Greenberg Fund and the Québecor Fund. With their support, 10th Ave produced its follow-up films: Rooster Doodle-Doo (2014) and Mission Kathmandu: the Adventures of Nelly and Simon (2018). In addition to numerous festival selections and awards around the world, 10th Ave Productions was named the 2019 Film Producer of the Year by the Quebec Media Producers’ Association (AQPM). 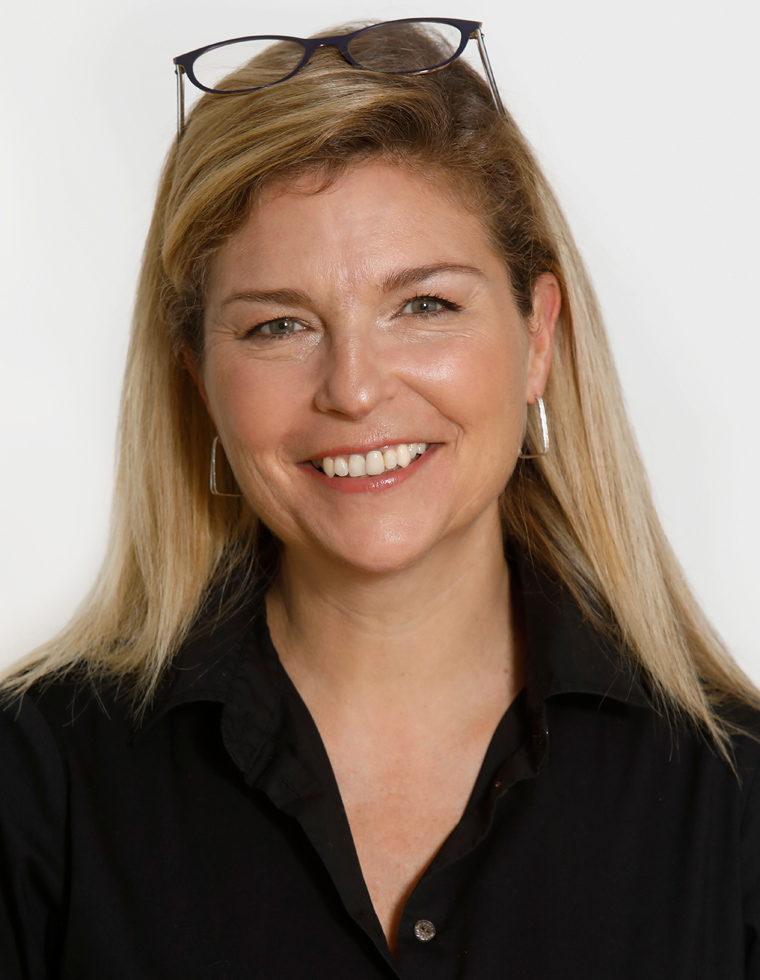 In 2021, in the midst of the pandemic, 10th Ave Productions released its fourth 3D animated feature, Felix and the Treasure of Morgäa (Felix and the Hidden Treasure in the U.S. and U.K.). Despite audience limitations due to strict health measures, the film has shown good results since movie theaters reopened in Quebec. Over the months to come, Felix and the Treasure of Morgäa will be presented at various festivals and will be released theatrically in the U.S., England, France, Spain, the Middle East and numerous other countries and territories.

Felix and the Treasure of Morgäa is based on an original idea by director Nicola Lemay (Les Yeux Noirs, Nul poisson où aller, Noël Noël) who initially conceived it as a comic book. When Savard proposed bringing the story to the screen, Nicola joined forces with screenwriter Marc Robitaille (Un été sans point ni coup sûr, Le Club Vinland) to write the script. On this project, Savard decided to create her own animation unit: 10th Ave Animation. With help from five other Quebec studios, the production employed over 200 people and took more than 24 months to complete. Despite the pandemic, the team finished the film, working remotely. 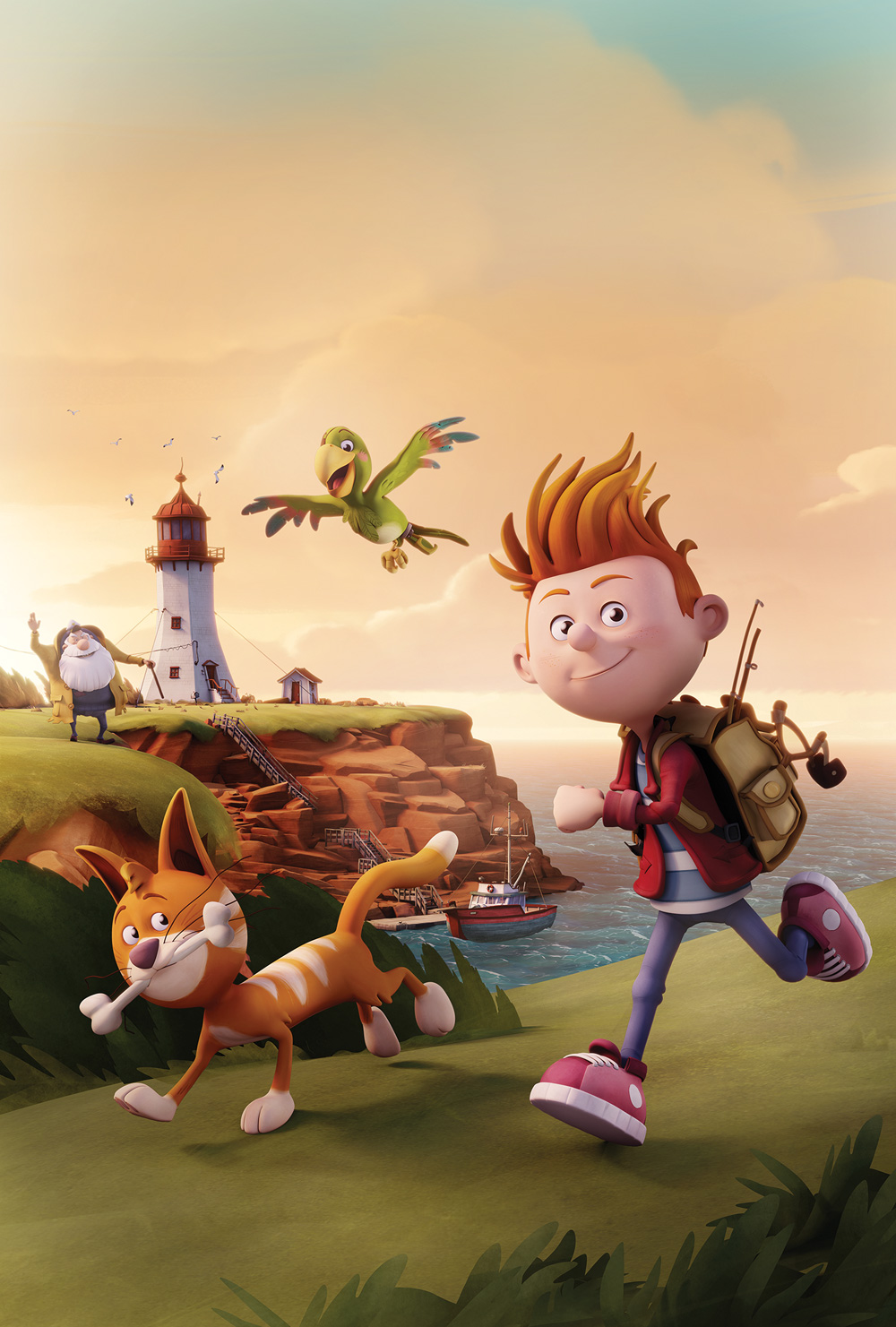 “Though the challenge was great, the team, led by director Nicola Lemay, art director Philippe Arseneau Bussières and animation director Yann Tremblay, maintained its resolve to get a Quebec-made film onto the screen,” says Savard. “The story unfolds in the unique setting of the Îles de la Madeleine, with their impressive rust-hued dunes and iconic lighthouses guiding sailors to safety. This setting is familiar to our art director Philippe, whose parents have lived there for years.”

Felix and the Treasure of Morgäa tells the story of 12-year-old Felix, whose father disappeared at sea two years ago. During his mother’s absence, Felix, convinced that his father is alive, sets out to find him, helped by Tom, a retired sailor; Rover, a cat who acts like a dog; and Squawk, Tom’s one-legged parrot. Together, after a difficult journey, the friends arrive at Darkshadow Island, ruled by the megalomaniacal Morgäa, who possesses a hidden treasure.

This animated adventure emphasizes the importance of family – the family we build with the ones we love, whom we strive to keep near us throughout our lives. The story also contains a touch of philosophy, teaching the importance of life’s every decade and reminding us that eternal youth is an illusion. The creative team at 10th Ave hopes these subjects will stimulate discussion at home after the film is over.

“As with all our previous projects, 10th Ave Productions is proud to be putting Quebec on the screen: its plants, its animals and countryside, so varied and exotic in their particular details,” Savard points out. “Blending techniques, 10th Ave delights in seeing its artists’ talents in the creation of designs, the elaboration of color schemes and the texture of productions. Though many stories have local settings, 10th Ave seeks out stories whose universal themes will attract international audiences with values that appeal to all.”

As its fifth film now goes into production, the company hopes to launch co-production projects in the near future. Today, 10th Ave is developing no fewer than six animated features in the adventure, fantasy and comedy categories. It also has animated TV series in the works, featuring characters from its films, as well as a collection of Holiday Tales that could be in pre-production by next winter. In short, 10th Ave has plenty of projects coming along, including a follow-up to Felix’s adventures.