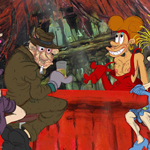 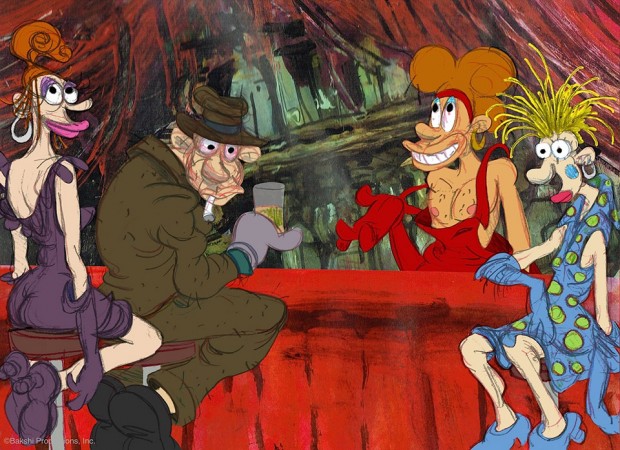 Ralph Bakshi returns to animation with Last Days of Coney Island, a mini-movie he animated almost completely by himself and released online.

Ralph Bakshi has long been one of the true rebels of animation, having directed features like the X-rated Fritz the Cat, Coonskin, American Pop, Wizards and Fire and Ice that pushed the medium of animation into new, more adult-oriented genres.

Famous for fighting with studios and anyone else who tried to get in the way of making those films, Bakshi has returned to animation with what he calls a “mini-movie” titled The Last Days of Coney Island, released Oct. 29 online via Vimeo.

“If you’d told me at 77 (years old), I would have done a whole film, released it myself and not have to look over my shoulder at studios — it’s very exciting,” he says. “It’s so much fun.”

Speaking from his home in New Mexico, Bakshi says he animated “97 percent” of the movie himself and describes Last Days as a story about “nine characters running around trying to act human — but they can’t.

“It’s about the desperation certain people have who aren’t educated, but they try real hard to have a love, to have a life — and they’re usually a train wreck,” he says. “They can’t help destroying everyone else’s life as they intertwine.”

Set during the 1960s in the shadow of the famous Brooklyn amusement district, the story is at heart a more timeless tale. “These people are so isolated from what’s happening in the country — the revolution and the peace marches and all that — they’re sort of their own little island,” Bakshi says. “And it fascinates me to watch these people try to get somewhere. I root for them, really, even though it’s a disaster.”

Bakshi’s return to animation came at the suggestion of his son, Edward Bakshi, who produced Last Days. The elder Bakshi agreed to give it a try and says he was surprised when the Kickstarter campaign to fund the movie took off and ended up raising more than $174,000.

But starting work on the movie was just the beginning, as the project grew from the five-minute film promised on Kickstarter to 25 minutes even as the story itself evolved and changed along the way.

“I try to do a film that tells me what it wants after a while,” says Bakshi. “So if I start with a certain idea, which I did in this, after a while — if you’re doing it right — it starts to tell you want it wants, what it needs. And that called for rewriting and readdressing certain characters and changing certain ideas you started with.”

And this is where Bakshi says he found the most freedom in making the film himself — with no studio expectations or other rigid factors to deal with. “I don’t think that art or a film, which is art, or direction, which is art, should be so rigid as not to be able to do something along the way that totally changes what you started with.”

Bakshi laughs when asked if he animated the film “the old way,” with pencil on paper. “Of course I did it pencil on paper!” he says. “There is no other way to do cartooning. … To me it’s the heart of animation, and who doesn’t love hand-drawn animation, if it’s done right? It’s not old to me. To me, it’s what I’ve always done.”

Even loving it, animating a 25-minute film is a big job for one artist. “For a 77-year-old man, it’s a ton of work!” Bakshi says. “I started in the business as an animator and I laid out and designed my characters and animated my shorts for Terrytoons. It was so great going back to that, especially at my age.”

The budget reinforced Bakshi’s decision, as it wasn’t robust enough for him to be able to hire on extra animators — especially once the film expanded past its original five minute plan.

All of which doesn’t mean that Bakshi completely eschewed technology, as Toon Boom was used for pencil tests and coloring, as was Photoshop. The result is a film that Bakshi says exceeds the quality of work he has done in the past with a full crew at his back.

“The quality level on this film is better than anything I did in my day, in my studio on Traffic and Fritz and Coonskin,” he says. “With four people and the computer! It’s kind of marvelous.”

Having finished the movie, Bakshi says he’s very satisfied with it, even though he has a hard time accepting in his head that he really did all the work. “The backgrounds I know I did for some reason, but the animation, it’s interesting, I can’t get it in my head that I did it, even though I know that I did it.”

He’s also excited to see how the movie will do on Vimeo, where for $3.99 fans can rent the movie for 72 hours.

“If that works, all you have to do is make a small profit and I’ll be doing another film, but this time I’ll hire other animators,” he says, adding that film would be Wizards 2, for which he’s already written the script. “It’s a great, great way finally — and I spoke about this many years ago — that we can make our own films and be our own distributors. I think it’s major.”

Bakshi says he hopes this kind of freedom allows animation to spread its wings and tell new kinds of stories instead of continuing to mine the same vein of fairy tales and family entertainment.

“It puts you in a straightjacket, so all you can do is get better and better in the drawing as an accomplishment, and that’s not as important as the ideas you’re animating,” he says. “A movie is not about the animation, it’s about what are you animating and you don’t want to get in the way of what you’re animating. It’s a fine line there.”

View From the Top
Stop-Motion For the Soul