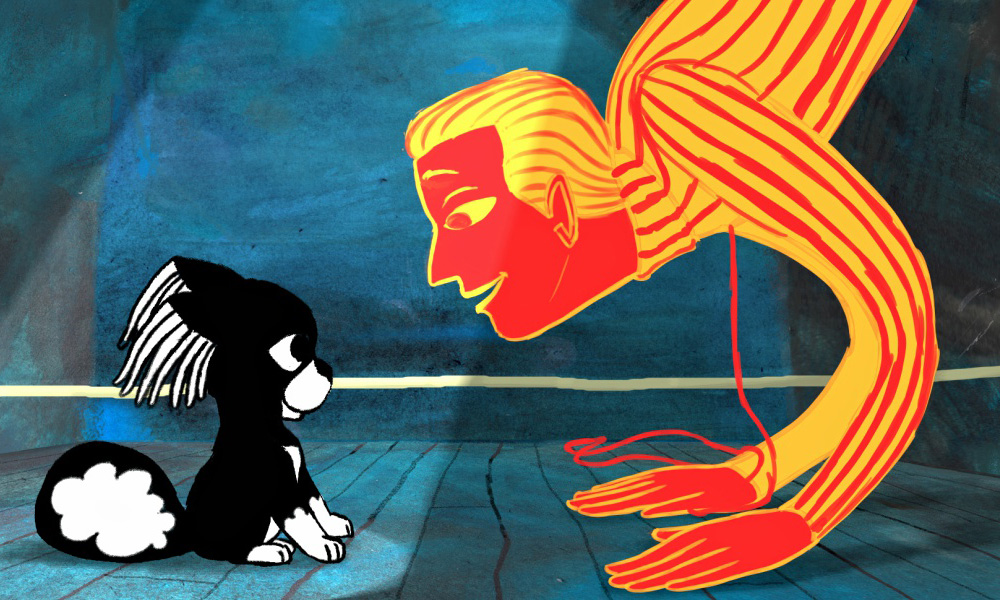 Romanian director Anca Damian’s poetic new animated feature Marona’s Fantastic Tale follows the adventures of a spirited mutt as she looks back at her life and experiences with the humans in her colorful life. Produced by Romanian studio Aparte film, France’s Sacrebleu Productions and Belgium’s Minds Meet, the movie has been a festival favorite and will be released by GKIDS in the U.S. in the fall. We had the chance to chat with Damian about her poignant movie, prior to its screening at the Ottawa Festival in September. 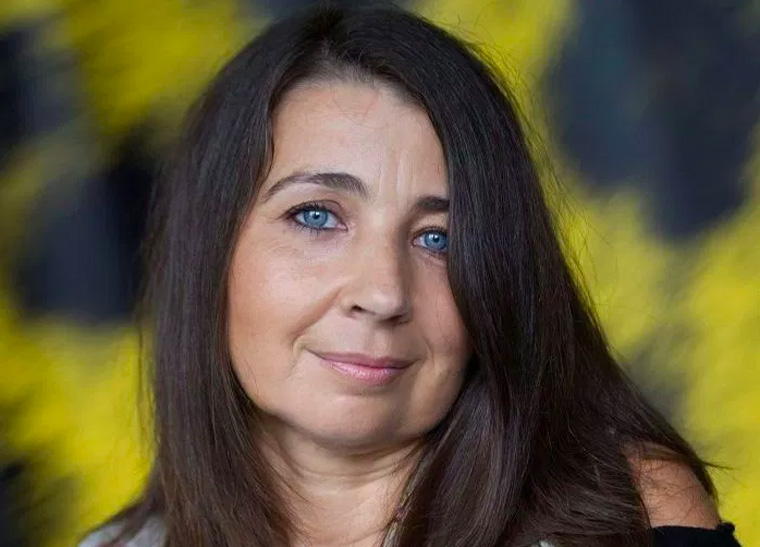 Animag: First of all, a huge congrats on the phenomenal success of Marona. Can you tell us a bit about the origins of the movie and how you got involved with it?

Anca Damian: While I was finishing my The Magic Mountain (2015), I intended to work on my third part of the trilogy on heroism with a feature animation on Malala [Yousafzai, Pakistani Nobel prize winner]. I had the vision for the script, and it was just a matter of weeks to write it. But when I contacted her gent, I found out that they had already agreed to work on her biography with Davis Guggenheim. I was sure that my film would have been different but I had to give up the idea.

Meanwhile, I was haunted by a true story: I saved a female dog, which actually is now named Marona, about five years ago on the streets of Bucharest, Romania. I tried to find someone who would foster her, because I have a male dog and she could get pregnant. I took care of her until she was adopted. She gave me so much in exchange. She is a very special dog and changed every family where she was kept for some weeks. I believe that it’s very important to speak about empathy to a family audience. Our society and educational systems lack a lot of efforts on this topic. I thought we could touch upon other important ideas, about how we take care of others, about finding happiness in the small things, about life and death, about love. So I decided to do a film about this “she” dog, Marona.

Marona’s Fantastic Tale_Trailer (For Cartoon Movie 2019) from Animationweek on Vimeo.

How did you come up with the film’s refreshingly original and hand-crafted style of the animation?

When I am in the beginning stages of a project, I always try to find the unique graphic equivalent in the world of film. Regarding to the visuals, I approached Brecht Evens, who could define the characters with his strong visual style. Brecht introduced me to Gina Thorstensen and Sarah Mazzetti, two brilliant illustrators, who were working on the backgrounds of the film. Except for Gina, who has worked as visual artist for music clips, Brecht and Sarah didn’t have any prior experience of working on animation. So, they were bringing a fresh visual approach to this film with their fantastic individual talent. I always work with a visual concept and references, but while collaborating with true artists, I always receive more from their touch. This is what I am looking for. 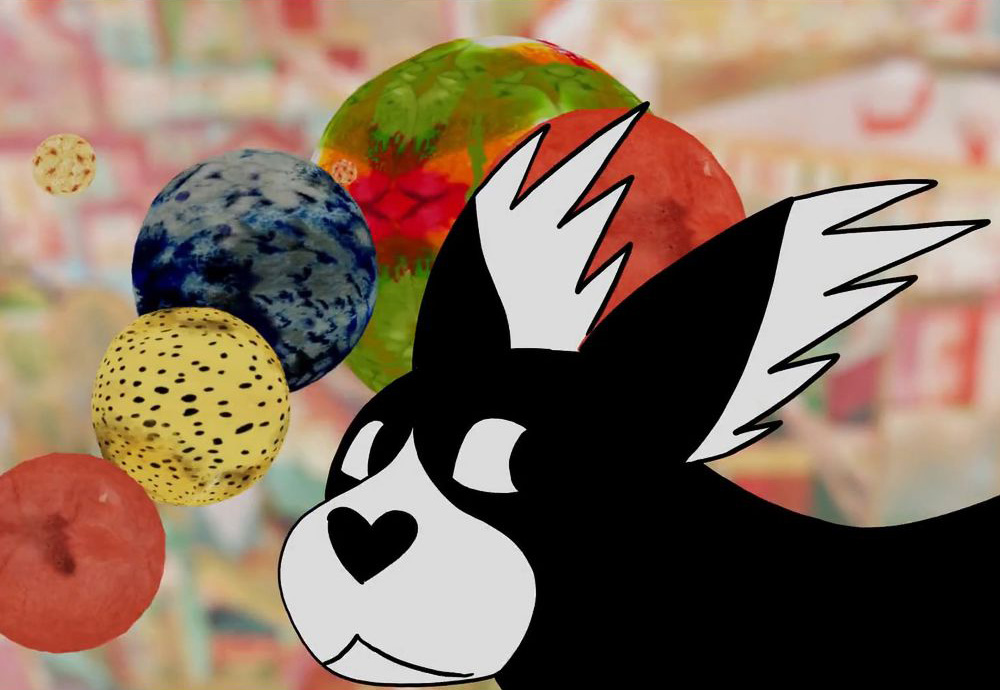 Would you elaborate on the character designs a bit?

For the characters, their interior was the guide for the design: Manole is a solitary, melancholic acrobat, who desperately pursues the poetry of life. For him, all shapes are possible, the lines disperse, become entangled and knot up whenever he is depressed or has been drinking, for example. The animator Dan Panaitescu was in charge of Manole. He is a brilliant animator, very creative and productive. I deeply appreciate him as an animator and as a person. He started to make a walk cycle as we needed to define how he moves and how he is. I discovered the serpent (played by Bob Fosse) in the 1974 feature The Little Prince, and this reference opened the door to give Manole this fascinating character and life in the animation. Then everything was to push the animator to go further.

Istvan’s body, on the contrary, is very solid and tangible, but his hands as well as his mouth must bestow on him an affectionate appearance. His eyes and mouth have the delicacy of the faces found in Indian paintings. Solange is a cross between a little princess and an adventuress — quilts in the form of dog ears, an eye patch because of her amblyopia, a princess’s dress and roller-shoes. Some of the other characters were done as a mix of cut-out with 2D: The rigidity of old age is enhanced for Istvan’s mother and Solonge’s grandfather. The bad characters — the impresario and the dogcatchers were done in 3D. 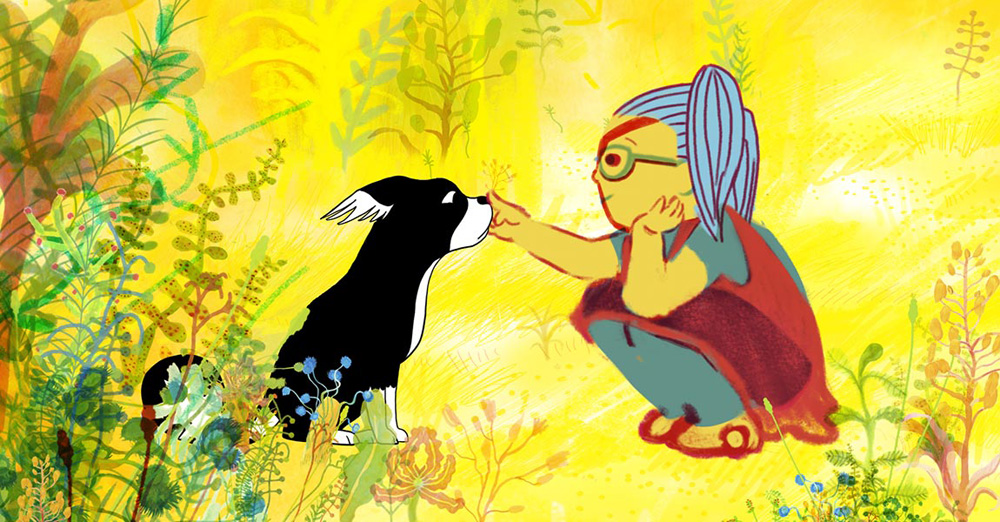 Where was the animation produced, and how many people worked on it?

My way of working is based on having small animation teams, and I try to involve artistically each animator. I dedicate a particular character to each team and develop the character with them. We discuss with references to push each character further to make them stand on their own. We talk to each other for each shot in all stages of the animation. I give feedback to each animator and I get input from them. I am grateful for their artistic involvement, and then wonderful energy starts to develop between us. These make the project come alive.

The production was based in France, Romania and Belgium. I had two small teams of five: 2D animators and two assistants in Arles and in Bordeaux. There was also a 3D animator in Arles, and a cut-out animator in Angouleme. In Romania I also had a small team of five. In Belgium I had one 2D animator for Marona adult age — Mathieu Labaye, and a small studio for 3 D animation for the set. In addition, there were people doing small jobs remotely in France, Romania, and in the U.K., the wonderful 2D animator Paul Williams.

Looking back at the experience, what would you say was your biggest challenge?

I worked in the same way with the animators at my previous films, but this time I had to work with a bigger number of people, spread all over Europe, always traveling and in daily contact with everyone, giving input, energy and feedback. I worked without an assistant, and I was also in charge of the production. I had to extend myself beyond my physical limits, but fortunately, the work of the artists and teams was all very rewarding in the end. This film has a lot of good energy to share. 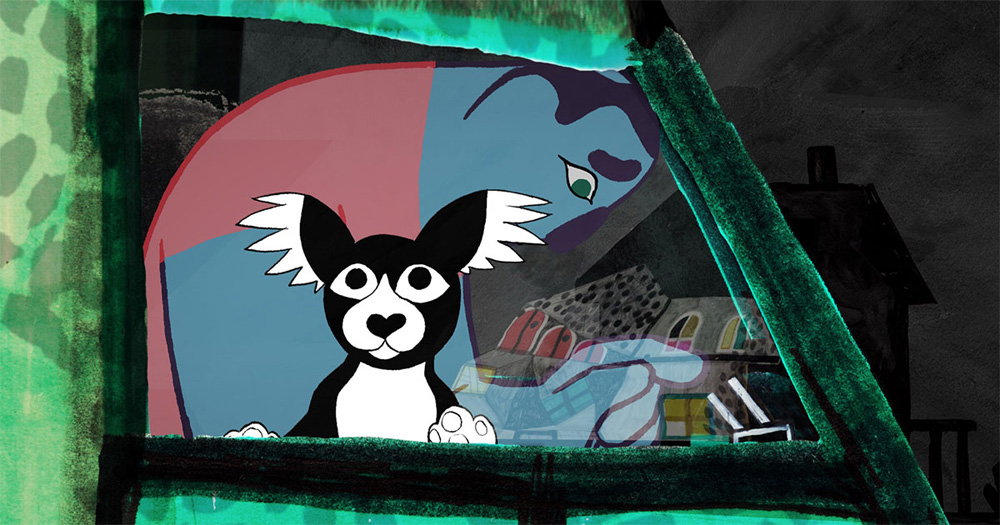 You’ve worked in both animation and live-action. What do you love best about working in animation?

My first profession in cinema was director of photography, but I love working in animation, maybe a little more than in live action. I have the structure of a visual artist, and it fits me. I feel free to imagine anything with more time to go in depth on the story.

Which animated TV Shows and movies did you love when you were a kid?

Disney’ s 101 Dalmatians and Henson’s The Muppet Show were my favorites.

The very heart of this film is a message of love and empathy. Living life in the present, and enjoying the small things, the connection to the other is the dog’s “happiness lesson” for humans. The song at the end of the movie (with lyrics by Elena Vladareanu) encapsulates this message: “Happiness is a small thing, almost nothing, a saucer of milk, a big wet tongue, a nap, a place to bury a bone, a hand, a smile.”

Of course, I aimed to offer the audience a unique experience, on the visual level — the beauty of art-craft and the concept of the subjective space, and at the sound level — the music is in itself a piece of art. I alternate humor with emotions, trying to make all the characters lovable and complex. I do hope the film will be entertaining and will open the hearts of the audience.

What advice would you give animation artists who want to follow in your footsteps?

I would tell them what I always tell myself: Find your true self as an artist and never give up, or, in other words, if you have something to say to make the world a better place, keep going.

Finally, what would you say is the best thing about having a dog as your friend?

Dogs are like teachers: They’re like children that never grow up, so they live forever in the here and now. That doesn’t mean they have no memory: They remember you years after you have caressed them. But they live in the present. There was a joke, I do not remember it entirely: If you wake up happy every day, if you don’t need coffee to boost you up, if the color of people’s skins has no importance for you, and so on, then you have attained the level of consciousness of your dog!

GKIDS will release Marona’s Fantastic Tale in select U.S. theaters this fall. The movie is screening in competition at the Ottawa Intl. Animation Festival in September. 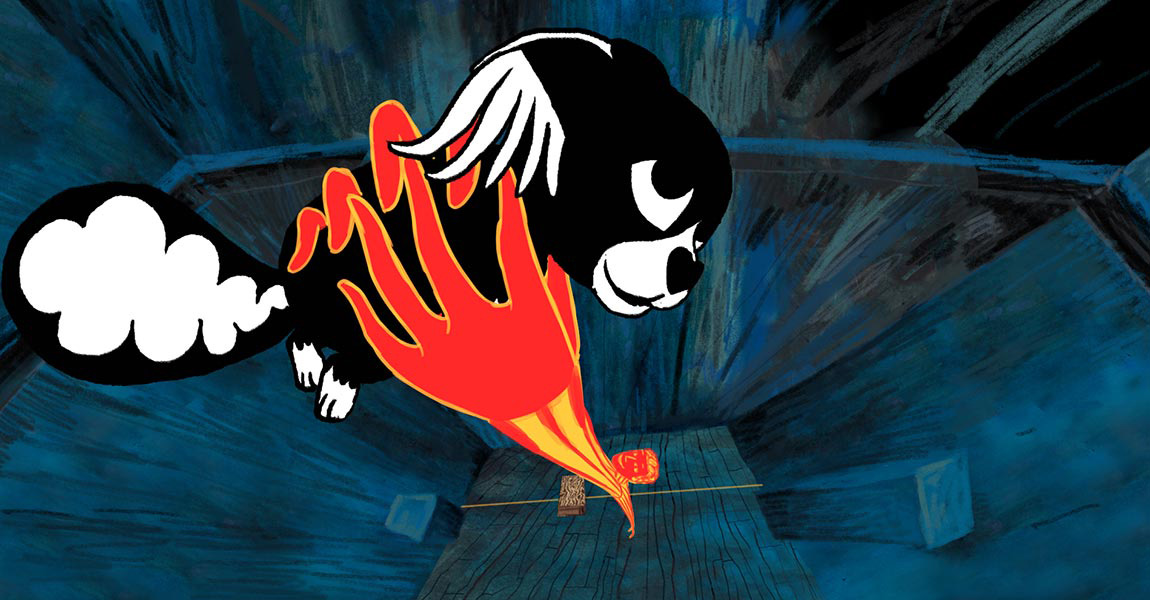 DreamWorks’ ‘Archibald’s Next Big Thing’ Hatches on Netflix Today
‘Abominable’: All Yeti for the Big Screen