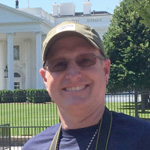 The recent anti-immigrant climate in the U.S. had a deep impact on animation director Kevin Hudson. The director of the new animated short Weeds says he was pulling weeds in his yard one afternoon when he looked at his neighbor’s barren yard and had a deep feeling of empathy for the little plants that were wilting in it. “These dandelions were just like people, trapped and dying in countries fraught with war or little opportunity, looking at neighboring countries with overflowing excess all the while suffering from lack of the basic necessities of life,” Hudson says. “As an artist, I wanted desperately to say something about having empathy for people who by no fault of their own were stuck in bad situations.”

Weeds tells the story of a little dandelion who is struggling to get from the dry, barren side of a driveway to the other side, where water is plentiful and the grass is greener. It was made by an international group of 40 artists from 30 different countries contributing in their spare time for around a year and a half. It was modeled and animated in Maya, rendered in Hyperion and comped in Nuke, with effects created in Houdini.

The film could never have been made outside of the realm of animation, says Hudson, who has worked as a digital artist on Disney features such as Moana, Zootopia and Big Hero 6 as well as vfx-laden pics such as Harry Potter and the Sorcerer’s Stone. “One of the biggest challenges was creating the Dandelion character,” he notes. “Our hero had to be clearly a plant while also having human traits since it would be a symbolic of a person. It couldn’t move like an octopus, and yet it couldn’t be too human either. Producer Brad Simonson, and animation supervisor Hyun-Min Lee insisted that the film be true to the life-cycle of a dandelion, with the small exception of it pulling itself up out of the ground and running across the driveway in a desperate attempt to escape death.”

The director, who cites Ray Harryhausen, Steven Spielberg, Chuck Jones and Disney’s Nine Old Men as huge sources of inspiration, says he has been very fortunate to have worked with amazing animators and designers over the years from whom he has tried to glean knowledge. “Many popped up inside my head to offer psychic advice during the making of this film. I often found myself thinking ‘What would (fill in the blank) do?’ while still holding to the vision I had in my head. I really hope I’ve made these people proud when they see this film.”

Hudson believes that animation allows filmmakers to tell stories that are affective and emotional about characters that couldn’t exist in real life. “The film is a story of inspiration and perseverance,” he adds. “I truly hope that film inspires people to make that change from whatever is trapping them from finding their bliss … It is the embodiment of the pursuit of the American Dream.”

Weeds recently played at the Palm Springs International Animation Festival — more information at weedsshort.com. This article originally appeared in the December issue of Animation Magazine (No. 275). 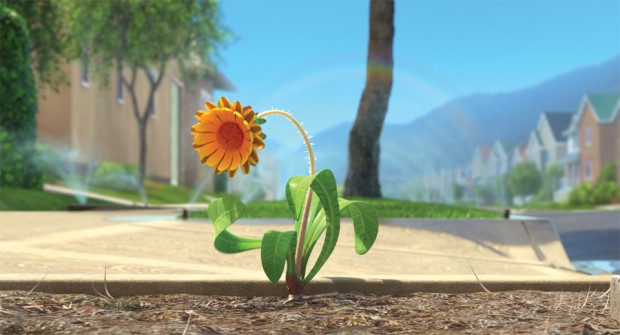