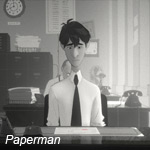 One of the greatest things about the animation business is that every once in a while, you come across a short or a movie that really pushes the boundaries of the art form and opens a new world of possibilities for the next generation of artists. Earlier this year, audiences at Annecy and a few other select festivals around the country felt that way about Paperman, an inventive new Disney short directed by John Kahrs and produced by Kristina Reed.

The black-and-white short, which tells the story of a young man who tries to reconnect with the woman he meets during a chance encounter in New York’s Grand Central Station, will play with Disney’s feature Wreck-It Ralph in theaters this November. Beyond the sweet story, the project has generated a lot of interest for the way it uses a new in-house software called Meander (created by Disney software engineer Brian Whited) to recreate the feel of ink and paper on top of the CG animation. As Kahrs explains during a recent phone interview, the short is an example of a new hybrid form of animation.

“After working at Pixar, I came down to Disney to work on Tangled, but I’d been working on this project intermittently for a while,” says the director. “Working with [acclaimed character animator] Glen Keane on that movie really brought back my love for bringing back drawing to the process again. There is something so primal and expressive about drawing, and our hope was to get it back into the CG animation process.” 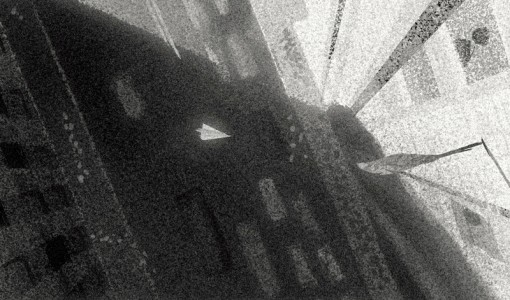 For Reed, who came to Disney after many years at DreamWorks Animation and the visual effects world, the short offered a chance to use technology in more ambitious and energizing ways.

“When we were coming to the end of Winnie the Pooh in 2010, John’s project came to our attention. We were looking for a project that adds more energy to the mix. We have this incredible range of talent and this was a great way to leverage off that resource. It was a lot more than just random kismet that John’s project came along!”

Kahrs, who has also worked as an animator on Pixar features such as Monsters, Inc., The Incredibles and Ratatouille, believes that the Meander software merges the 3D and 2D worlds like nothing that we’ve seen before. 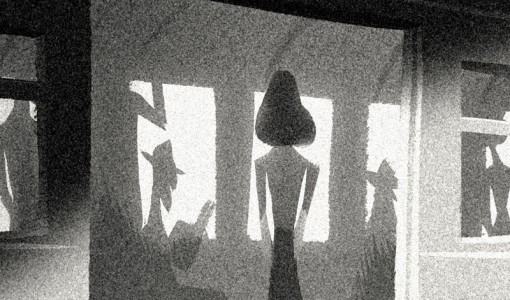 “The animation is completed in CG and the final images are traced over by 2D artists, as the line work follows along the CG layer underneath,” he explains. “It does it in a very flat, image-based way—it’s vector-based, not a texture map. That’s why the line work maintains its linear quality and texture as it moves. It’s about celebrating the line and letting the artists maintain control right there on their Cintiqs. The computer is assisting them to get the images they want to get. They’re not sending it somewhere else. We’re very proud of the fact that the 2D artists are some of the last people to touch the image.”

The helmer draws a parallel between the process and the way that Disney’s 101 Dalmatians revolutionized the art form by introducing xerography to the traditional animation process.

“It’s about maintaining the integrity and expressiveness of the process—just like they used Xerox to hang on to the line quality right until the end before the camera captured the image.” 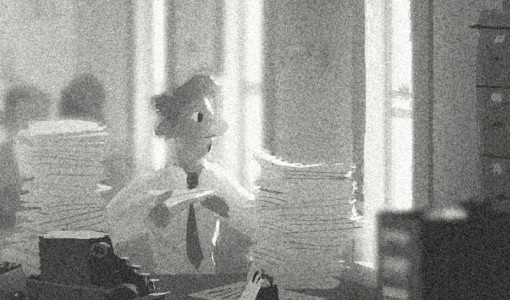 Playing the devil’s advocate, Kahrs says some cynics may scoff at this new technique and call it just fancy rotoscoping.

“But it’s more than that,” he insists. “It really brings it back to the animation in a way that celebrates the artistry of the line. All the 2D artists that worked on it came to terms with it, and as the project went along, they came to understand that it was really the line that told the story.”

He also believes that the technology will be helpful in depicting material that is quite difficult and time-consuming to do in CG—things like cloth, fur, hair, grass, etc. 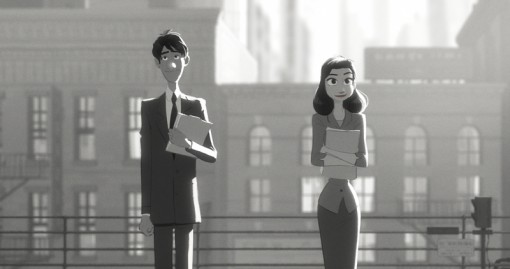 “We can sidestep all of that and support the appropriate design decisions that help the compositions,” he adds.

In addition to getting accustomed to the exacting demands of the new tool—the artists weren’t able to listen to music when they were working because the detailed work demanded their full attention—another challenge was dealing with so many unknowns.

“When we were greenlit in the December of 2010, we didn’t know how things were going to look in the final process,” says Reed. “One of the biggest challenges was working on something that you weren’t quite sure how you were going to pull off. The studio was curious about what we were doing, but they were unbelievably flexible. We didn’t show them anything for six or seven months. Then when we showed them the shot, they said it was amazing. They had faith in us.” 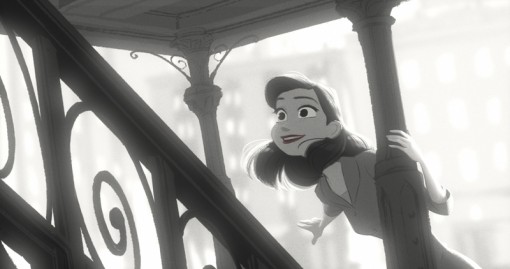 Both Kahrs and Reed have great hopes for the future of Meander and this new way of blending CG and 2D.

“We are continuing to explore the possibilities and there’s definitely interest in what we can accomplish in the feature space,” says Reed.

Kahrs is a strong believer in moving beyond offering the same homogenized photo-real look we see in so many movies today. 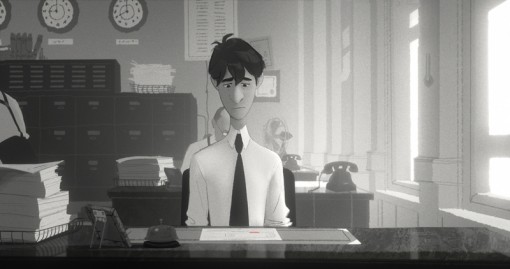 “One of the great things about working at Disney right now is the fact that Ed Catmull has bolstered the relationship with institutes like Carnegie Mellon University and the Swiss Federal Institute of Technology and shifted the focus to R&D. Just like Disney pushed green-screen and multi-plane camera in the past, Ed also realized that we have to continue exploring new technologies and put into place these new relationships. If he hadn’t done that, we wouldn’t have been able to find a technological solution to create what we did visually.”

“You can definitely take risks on shorts that you can’t take on features,” says Reed “They allow us to explore talent in different roles. At the end of the day, our art director Jeff Turley was responsible for the cohesive look of the short. He came to Disney as a trainee only a few years ago, and I’m not sure he could’ve had the opportunity on a feature film.”

Looking back at his animation career, Kahrs says he always knew he wanted to be in this business.

“I tried to make a film projector out of tracing paper back in third grade,” he recalls. “I guess you can say I was born to do it. I started making film books when I was nine. I was thinking of drawing in sequences that move since I was a little kid, so I was lucky to find my niche at the end of art school!”

You can catch a panel on the art and technology of Paperman at this month’s SIGGRAPH in Los Angeles. Paperman will play with Disney’s Wreck-It Ralph in theaters beginning on November 2.

The Bugs Are Back!
Best of the Brief-Attention-Span Theater