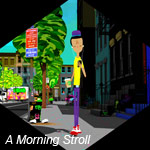 About two years ago, Grant Orchard, the talented British animator behind this year’s Oscar short-listed short A Morning Stroll, decided he needed a break from a labor-intensive, abstract, water-color-based project. So he came up with a clever short about a chicken walking down a busy street in three very different time periods. That little exercise turned out to be a beautifully executed five-minute work that has been receiving worldwide acclaim and is now competing with studio projects from Pixar and Warner Bros. Animation during this award season.

“I never really think about the work entailed in realizing a freshly laid idea that’s popped into your head,” says the award-winning artist. “Luckily I’m at a company like Studio AKA where they don’t beat you away if you mention your idea, they tend to try and make it happen, which is what they did with A Morning Stroll. Unbelievably great of them and lucky for me!”

Orchard studied animation at Farnham Art College in the U.K. and after a brief stint in post-production, he was snapped up by Studio AKA.

“There, I was reared from an early age to be a fine animation warrior,” he jokes. “It’s a bit like the opening scene of 300, but with lightboxes and 2B pencils. Since then it’s been years of 2D and 3D animation and direction on a variety of commercial work, punctuated by the odd foray into film.” 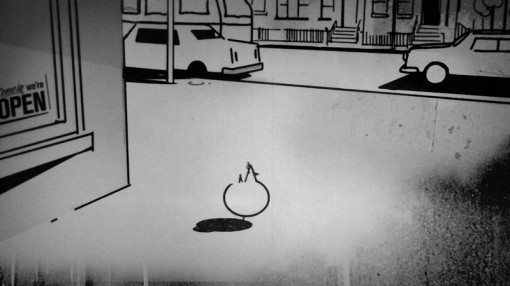 He initially got the idea for the short by just reading a brief paragraph in the book True Tales of American Life.

“It’s really inspired by an extract from the book edited by Paul Auster. I think people think it’s an adaptation of his work, which it’s not. It’s a paragraph story, and there’s one line in it that got me thinking—which is a ‘A chicken walks down a busy city street.’ The thought of a chicken walking down a city street like Jon Voight in Midnight Cowboy made me smile, and got me thinking about the blanks on either side of that. Why is a chicken walking down a city street? Where is it going? Where has it been? This is the kind of crap I think about on my way to work!”

The animator believed that telling a fairly ordinary story of a chicken walking down a city street three times, in three different time periods in three different styles, would be an interesting experiment. “Also, a trilogy felt good and grandiose,” he adds. “Too grandiose for the subject matter, which I thought was funny, and reason enough to do it!”

To show the progression of visual intensity, each chapter reflects a style and look appropriate for its period. 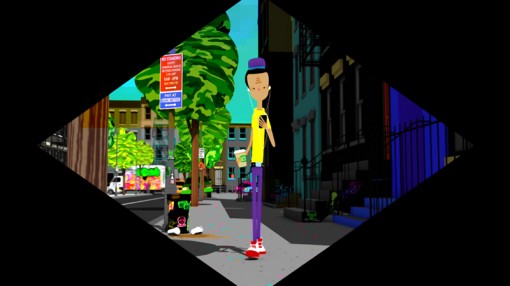 “They were all done in 3D, with the same layout, character sizes and timings for each section,” Orchard explains. The bulk of the animation was done in Softimage|XSI, while the 1959 section was imported into Flash and After Effects so that the segment could be re-animated in 2D. Studio AKA, which has had great success with shorts such as Varmints and Lost and Found in recent years, bankrolled the project. “Instead of having a dedicated team on it, our producer Sue Goffe set up a system where if anyone was in between jobs they were press ganged on to the film, even if it was only for half a day,” explains Orchad. “So slowly but surely we got it done over an 18-month period. Our ballpark budget was roughly zero pounds, so we had to use it wisely!”

What really puts a smile on Orchard’s face now is the fact that the project is finished and people around the world seem to be enjoying it.

“After working on it for that length of time you seriously can’t tell whether it’s good or not anymore,” he admits.

Orchard has already started working on his second short, titled First Class, which is based on a story by Canadian writer Craig Taylor about a father and daughter who sit in a first-class train carriage without the proper tickets. 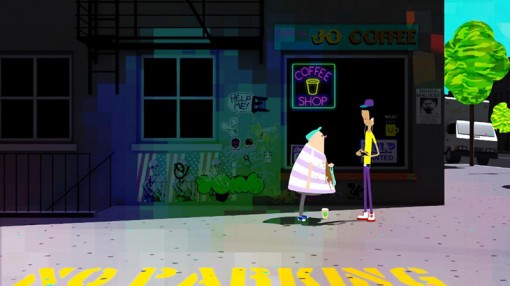 Of course, since he is now an expert on the subject, we had to ask Orchard how chickens will survive the coming zombie apocalypse.

“Well, I think they’ll do just fine,” he responds. “I heard somewhere that chickens are the closest living relations to dinosaurs—although it doesn’t sound quite right. What about crocodiles? So maybe they will start mutating back into dinosaurs and lay amazing, gigantic, frightening, but beautiful eggs!”

Now that sounds like the premise for another magnificent short!