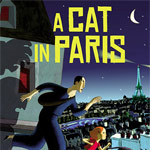 This weekend, filmgoers in Los Angeles will be able to catch the French animated movie A Cat in Paris during its Oscar-qualifying run (Dec 2-7) at the AMC Burbank Town Center 8.

Alain Gagnol and Jean-Loup Felicioli’s A Cat in Paris follows the adventures of Dino, a cat who leads a double life as a thief. Produced by French studio Folimages and distributed in the U.S. by GKids, this traditionally animated movie is a humorous love letter to classic noir films and the stylized wit of the Pink Panther cartoons, with jazz  soundtrack featuring Billie Holiday.  More info at www.gkids.tv/cat 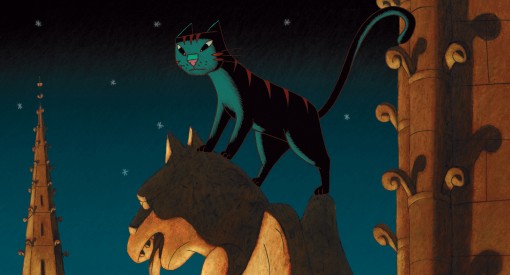 A Cat in Paris

Here are two clips from the feature: