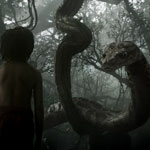 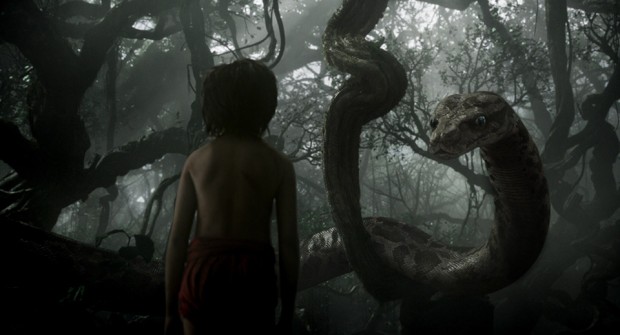 Director Jon Favreau and his crew go for emotion and humor with extensive VFX and mo-cap in Disney’s hybrid update of The Jungle Book.

Like J.J. Abrams with Star Wars: The Force Awakens, director Jon Favreau approached his photorealistic remake of Disney’s 1967 animated classic The Jungle Book from both a child’s and an adult’s perspective.

“You’re trying to honor the emotional memory, the perceived memory of people who grew up with this stuff,” he says. “But you’re also trying to make a movie that appeals to the full audience. That’s really what (Walt) Disney set out to do. I stuck with the ’67 story structure but focused on images that I remembered before watching it again.”

There’s a trick Favreau learned as director on Iron Man: It’s not necessarily what’s in the material that’s most important — it’s what you remember. And so he keyed off of the collective memory of those iconic images.

Usually, this high level of tech and artistry is reserved for big action spectacles, but Favreau emphasized that The Jungle Book, originally adapted from the book by Rudyard Kipling, was “a unique opportunity to use it for humor and emotion and showing nature and showing animals. And getting into that real deep, mythic imagery that, I think, always marries well with technology.”

Indeed, it’s the most tech-savvy project the director has ever embraced. Taking his photoreal cue from the Oscar-winning Gravity, where you had a tough time determining what was live action and what was animation, Favreau went for a combination of mocap and CG animation, with newcomer Neel Sethi as the only live actor, playing Mowgli.

“The two biggest challenges were how to seamlessly integrate the live-action boy and believably get the animals to talk,” Favreau says. “We looked at animal behavior online for reference and would sometimes exaggerate the environment or scale for effect. Dogs or wolves are very expressive with eyebrows but not with their mouths; cats don’t use their eyebrows; bears use their lips and eyebrows. Each animal provided a different set of tools to use.”

Favreau turned to Oscar-winning VFX supervisor Rob Legato (Hugo, Titanic) to spearhead the movie in collaboration with MPC, which did the majority of CG characters and environments; and Weta Digital, which handled King Louie and the other primates — not surprising, given its King Kong and Planet of the Apes pedigree.

Legato was thrilled to use the best that virtual production has to offer with some new tech wrinkles to work more quickly, efficiently and believably as though you were shooting a live-action movie.

“What we were trying to do is remind you that everything is real and to get lost in the performances and story,” Legato says. “The artistic choices that you make in a live environment are based on the instincts and experiences and filmmaking skills that you’ve honed.”

Thus, you have to give very specific instructions to the animators about camera placement so that it all fits cohesively and organically.

“What I’ve been pushing for since The Aviator are tools that allow me to behave the way I want on the set because I’m used to doing analog work, live-action work. I’m not sure what the angle of the shot is until I see it. And you try things out until it sings and then you know that’s the shot. It takes three or four takes to do that, but animation is very precise.”

The Jungle Book was shot by cinematographer Bill Pope on two stages, supervising art director Andrew Jones could wheel in a set to shoot on, on one stage, and then prep another set on the other stage.

“We had a motion-capture volume, we had actors playing the parts, we had suits, we had sets that were lined up with what the digital set looked like. And then we captured it,” Favreau says. “First, we had an animatic version, as you would on an animated film, then a motion-capture version that we edited, and then, finally, we took that and shot the kid as though he were an element.”

“Jon talked about how our jungle was the stage for primal mythology,” says MPC VFX supervisor Adam Valdez. “He also saw the opportunity to give audiences the wish fulfillment of living with animals, and for that the world and characters needed to pass the test of unblinking believability. We had to create an experience that was charming like the classic animated film, but intense when the story needed it.”

They made use of certain refinements since Avatar that are mostly ease of use, “where it becomes easier and faster to do, a little more real-time. But the workflow was to get a scene on its feet right away,” Legato said.

Rather than shooting all of the celebrities on stage together with the young actor, they shot their voice work separately and used puppeteers as stand-ins with the boy. This was a more traditional approach to accommodate Favreau’s comfort zone.

“We prevised and captured the movie at the same time because we were capturing the shot, what’s in the shot and then the camera coverage of it and that got edited,” Legato says. “Now we had the analog freedom to just choose when we cut to the close-up, and we picked it like we normally do in live action. That became the blueprint that we were going to bring to the blue screen stage to recreate specifically that shot. And we knew with great authority that it would fit into the whole because we’d already seen it edited together in previs.”

“The innovations were a thing called Photon, which makes the Motionbuilder game version of the scene a little closer to the way we wanted it and the textures are a little more realistic,” Legato says. “It’s still game-engine quality, but it gives the artist a better clue of what it’s ultimately going to look like. And then we did some other innovations when we were doing the previs, and when we were shooting and how to evolve motion control. We made this Favreauator thing, which is a device you could program subtle, secondary muscle movements, so when the kid sits on the bear, the animators created a saddle that moved and was actuated by the actual animation of what it was ultimately going to be. So that when you drop the kid into the scene on top of the bear, it’s much more realistic because what’s driving him is the musculature of the animal underneath him.

“We shot on a 40-foot turntable for a walk and talk. The key light source was a projector and there’s a technique of saying if the projector was also a camera, whatever’s in front of it at any one time is going to shadow the person as if he’s walking past trees and various (objects in the jungle). And the turntable moved our computer program, which tells the projector to print in the pattern of the light source. And when you put it all together and the kid’s walking up and down on this hilly thing, it looks like he’s on solid ground way beyond our stage floor and optimally lit by the sun.”

In conclusion, Legato offered: “It’s exciting for me because it bodes well for the future to create anything and not just for movies that are larger than life about superheroes and destruction. After The Revenant, I think we will be good public relations for bears.”

Bill Desowitz is crafts editor of Indiewire (www.indiewire.com) and the author of James Bond Unmasked (www.jamesbondunmasked.com).

A Deeper Reboot
A Wild Ride