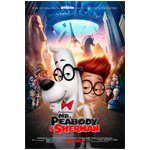 Nothing could withstand this weekend at the box office the brave Spartan warriors of Warner Bros.’ sequel 300: Rise of an Empire, but DreamWorks Animation’s Mr. Peabody & Sherman still posted a strong second place forecasting solid results.

300: Rise of an Empire, directed by Noam Murro, is a direct sequel to Zack Snyder’s 2007 hit 300. The sequel pulled in an estimated $45 million to take the weekend’s domestic crown. Overseas, it also did well with an estimated $87 million in ticket sales for a global total of about $133 million.

Mr. Peabody & Sherman, based on the old Jay Ward shorts from baby boomer favorite TV series Rocky & His Friends, earned a domestic pull of $32 million in ticket sales. That number was at the high end of expectations, and is attributable in part to strong demand to see the movie in 3-D.

Overseas, Mr. Peabody & Sherman has totaled $65 million in ticket sales, putting the movie on the cusp of the $100 million worldwide mark with several major territories left to go.

Slipping to fourth place in the domestic rankings is The LEGO Movie, which had an $11 million frame in its fifth weekend of release. The Warner Bros., movie stands with $224 million domestic in ticket sales and a total of $360 million worldwide.

Also still in the top 10 is Disney’s Frozen, which made just over $3 million this weekend. The Oscar-winning animated musical has earned $393 million domestic and just over $1 billion worldwide.

The English-language version of Hayao Miyazaki’s The Wind Rises earned $871,000 for the weekend. It’s totals stand at $3.3 million domestic and $112 million in foreign markets. 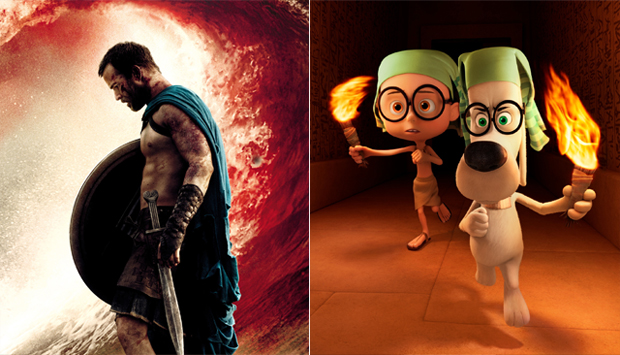