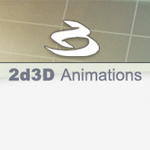 Karim Friha’s comic-book series The Rise of Zelphire will be adapted into an animated feature produced by Angoulême, France-based studio 2d3D Animations and Montreal studio Wizzfilms. The announcement was made today by 2d3D founder Florent Mournier and Wizzfilms president Danny Bergeron at the Ottawa International Festival, in conjunction with Cartoon Connection.

The production will be shared between the two studios, situated respectively in Angoulême and Montréal. The collaborators have announced that they will tell the story through an innovative stop-motion animation technique, which has been developed specifically for the project by 2d3D Animation and Montreal-based Mokko Studio.

Set in the imaginary city of Algora, Zelphire follows the adventures of young hero with magical powers, who embarks on a series of adventures with his mentor Professor Werner and his daughter, Seraphine, while fighting the dark forces who plan to dominate this the magical realm.

2d3D has worked on a variety of acclaimed European animated features including U, A Case for Friends, Asterix and the Vikings and The Triplets of Belleville. Its upcoming projects include Tale of a Fearless Child, Pinocchio and 1884: Yesterday’s Future. Wizzfilms’ animated projects include Podcats (2008) and Worms (2010).