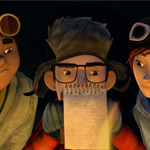 On Friday, a packed house at Amsterdam’s Het Ketelhus took in a sold-out showing of Mission Kathmandu: The Adventures of Nelly & Simon — the latest animated feature from Quebec studio 10th Ave Productions (The Legend of Sarila, Rooster Doodle Doo). Presented by co-directors Pierre Greco and Nancy Florence Savard, the screening was a highlight of the last day of this year’s Cinekid Festival.

There was more good news for the Canadian toon house as Universal Studios announced during the festival that it had acquired rights in 98 countries to Rooster Doodle Doo, also directed by Greco.

“We are delighted with the welcome our new adventure-comedy feature has received,” said Savard, 10th Ave’s producer. “The spontaneous reaction by the audience has been wonderful to witness. We are always curious to see whether stories like Mission Kathmandu: The Adventures of Nelly & Simon will have universal appeal.”

Mission Kathmandu will be released theatrically in Quebec on February 23, 2018 by Les Films Séville. French-language trailer below.

Synopsis: Quebec, 1956. The destinies of Nelly Maloye (Sylvie Moreau), a novice private eye, and Simon Picard (Guillaume Lemay-Thivierge), a research scientist at the local university, unexpectedly collide. Bankrolled by an ambitious sponsor, the impulsive and headstrong Maloye joins the methodical and pragmatic Picard on a dubious quest to prove the existence of the elusive Yeti. Along the way, Simon refers to an explorer’s journal that will supposedly lead them to the mythical creature’s den. Guided by Tensing (Rachid Badouri), a young Sherpa, and Jasmin (Alexandrine Warren), a chatty myna bird, the brave-hearted heroes come face-to-face with countless dangers during their trek through the heart of the Himalayas. 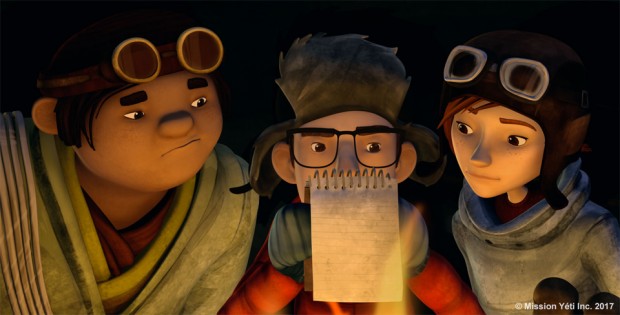