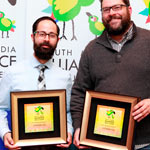 Canada’s Youth Media Alliance presented its 2017 Awards of Excellence to deserving kids’ content creators at a “fancy”-themed gala at CBC Glenn Gould Studio in Toronto on Wednesday. The evening was hosted by Studio K stars Tony Kim, Janaye Upshaw and Victor Verbitsky — joined by puppet pals Gary the Unicorn and Mr. Orlando. The gala was scripted by Carly Watt and directed by Aidan Cosgrave, and featured piano accompaniment by Lou Pomanti. A video will be posted to the YMA website.

Taking both the Grand Prize and Interactive Content award was The Incredible Tales of Weirdwood Manor. Animation honors were awarded to preschool series Peg + Cat and kids’ show Fangbone! This year’s Outstanding Achievement Award was presented to DHX Media’s President & COO, Steven DeNure. And director Mars Horodyski — whose credits include DHX title The Next Step — received the Emerging Talent Award.

2017 YMA Awards of Excellence Winners:
Grand Prize for Best Production, All Categories: The Incredible Tales of Weirdwood Manor
Produced by All Play, No Work, Relish Interactive
Jury’s note: A successful mix of elements makes the Grand Prize production outstanding. With beautiful animation, interactive features, readable content and strong storytelling, the app encourages writing, reading and critical thinking while entertaining the target audience. The jury was delighted and impressed with the original interactive production The Incredible Tales of Weirdwood Manor.

Outstanding Achievement Award: Steven DeNure is President and Chief Operating Officer of DHX Media, a company he co-founded in 2006. In a film and television career spanning more than three decades, he has produced numerous highly acclaimed and award-winning shows and films across multiple genres, including Inspector Gadget, Cloudy with a Chance of Meatballs, Degrassi, Yo Gabba Gabba, Super Why and the 2015 relaunch of Teletubbies. To further honour his contribution to the industry, the YMA Board is creating a grant in his name as a tribute to his entrepreneurial spirit, innovation and creativity. The grant will support an industry cause to be chosen by Mr. DeNure.

Emerging Talent Award: Award-winning director Mars Horodyski has over a decade of directing experience. His series credits include BBC/DHX’s The Next Step, PBS’s Odd Squad, the Amazon series Dino Dana, the web series Carmilla and CBC’s This Hour Has 22 Minutes. 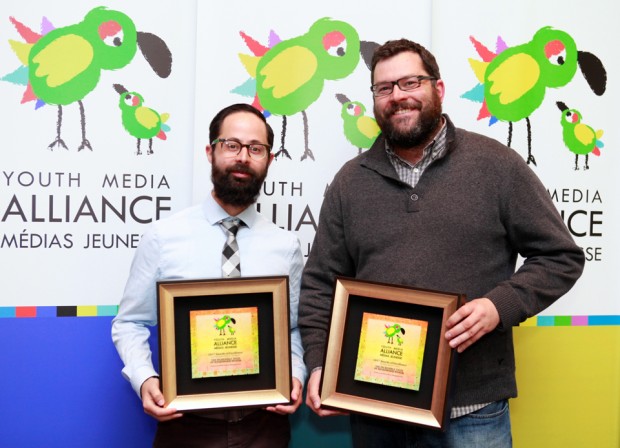