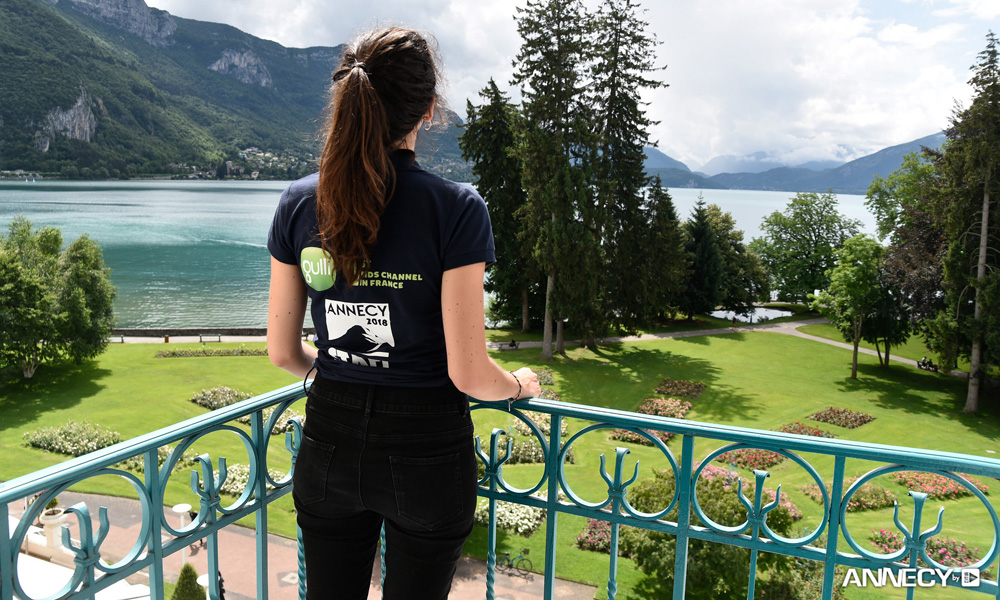 An Annecy 2018 event staffer takes in the view from The Imperial Palace. [Photo : F. Blin/CITIA]

Nothing says animation festival season is officially upon us like the arrival of the biggest event of the year, the glorious Annecy International Animated Film Festival (June 10-15). In the past few years, we have witnessed this annual event’s phenomenal growth, from a sleepy, artist-centric European festival to a booming powerhouse confab attracting all the major animation studios and industry heavyweights around the world. This year’s edition promises to be yet another collection of red-letter days, packed with screenings, panels, works-in-progress sessions and many opportunities to witness the magic of our favorite art form. Make sure you check our must-see list before you head to the beautiful lakeside town known as the Venice of the Alps.

Hang Out with Your Favorite Toon Celebs

Animation legends, they’re just like us. Well, not quite. But you’ll have a chance to rub elbows with some of the biggest names in the industry at some of Annecy’s hot spots. This year, you can keep an eye on people like Josh Cooley (Toy Story 4), Lino DiSalvo (Playmobil: The Movie), Sergio Pablos (Klaus), Tony Servone and Allison Abbate (Scoob), Tom Sito (An Animators’ Cookbook), Rémi Chayé (Calamity, a Childhood of Martha Jane Cannary), Melissa Cobb (Netflix), Margie Cohn (DreamWorks Animation), Chintis Lundgren (Manivald), Boyoung Kim (The Levers), Jérémy Clapin (I Lost My Body), Marc du Pontavice (Xilam), Lorenzo Mattotti (The Bears’ Invasion of Sicily), Anders Matthesen (Checkered Ninja) and Carlos Gutiérrez Medrano (Dia de Muertos). If you’re lucky, you may catch these toon town favorites enjoying a pint or four at Finn Kelly’s Irish Pub (10 Fbg. des Annonciades) or munching on a Corleone pizza at the Little Italy Pizzeria (16 Rue St. Claire). 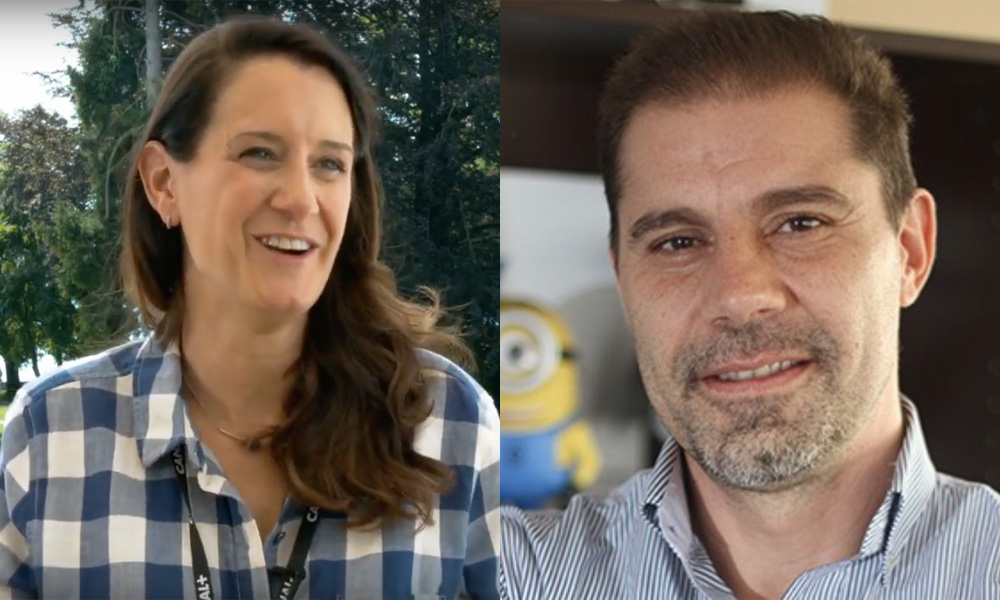 This month, you can see Toy Story 4 or The Secret Life of Pets 2 at practically any theater or shopping mall. So, you’d be wise to spend your time at Annecy catching hard-to-see European or Asian arthouse toons that will probably never play in your hometown on a giant screen. Among the global gems playing this year are: 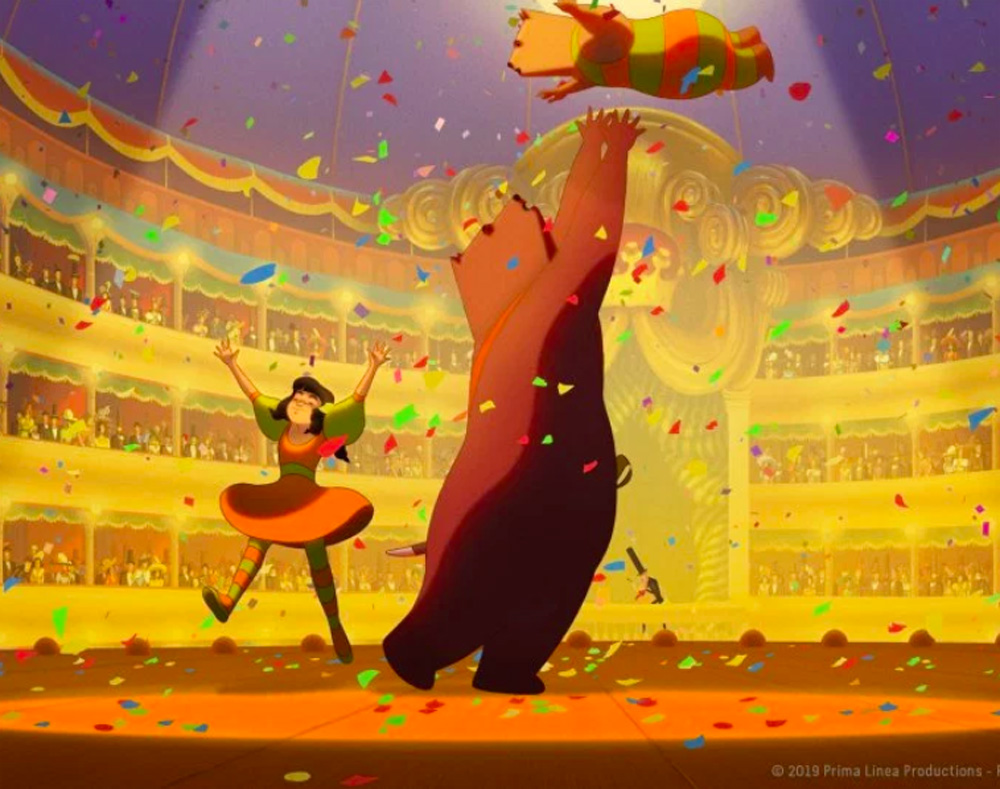 The Bear’s Famous Invasion of Sicily

There may be no better way to have your finger on the pulse of animation than sitting through one of Annecy’s shorts programs. Whether you enjoy funny sight gags or deep meditations on the fragile and ridiculous state of humanity, you can find something that satisfies your cravings there. Once again, the brilliant programmers at the festival have screened thousands of amazing shorts from around the world to pick the true crème de la crème for the fest’s discerning audiences. In many instances, the shorts that premiere at Annecy continue to receive awards and accolades all through the year and often end up at the Academy Awards. Among the much-anticipated projects screening this year are Tomek Pokakul’s Acid Rain, Patrick Smith’s Gun Shop, Osman Cerfon’s Je Sors Acheter des Cigarettes, Michael Frei’s Kids, Jenny Jokela’s Live a Little, Bruno Collet’s Mémorable, Pedro Casavecchia’s Pulsión and Regina Pessoa’s Tio Tomás. We’ll keep you posted about more of this year’s newsmakers in our daily reports from Annecy. 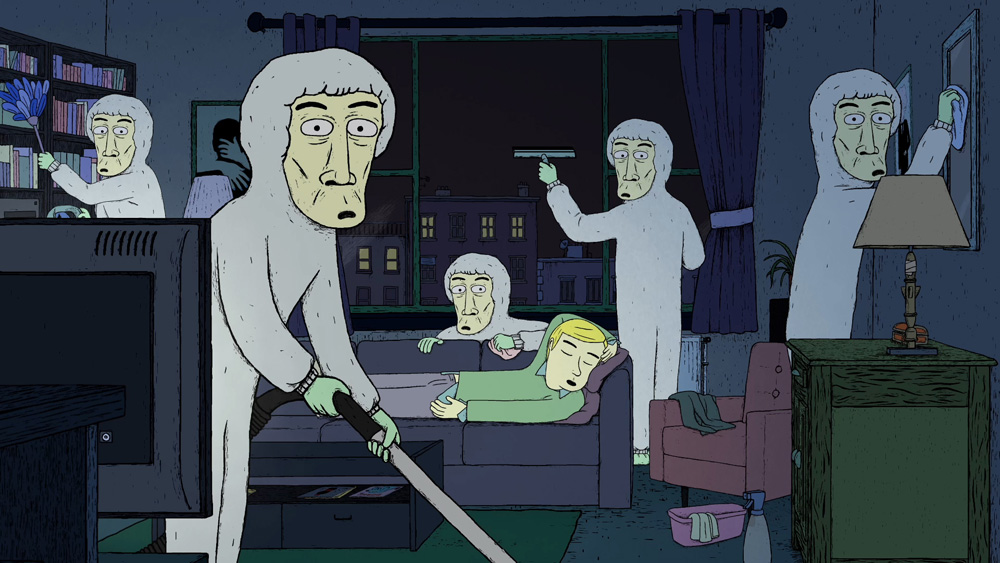 Premieres and Other Cool Adventures in Animation

What would a world-class event be without some exciting movie premieres and star appearances. This year, attendees have the chance to be the first to experience Lino DiSalvo’s colorful and feel-good musical Playmobil: The Movie, which features the voices of Anya Taylor Joy, Daniel Radcliffe, Adam Lambert and Meghan Trainor. The premiere night program will also feature Warner Bros. Animation’s new Looney Tunes cartoon titled The Curse of the Monkey Bird, featuring Daffy Duck and Porky Pig. Other highlights include Jean-François Laguionie and Xavier Picard’s latest movie Le Voyage du Prince (The Prince’s Voyage) and Fuminori Kizaki’s Human Lost. 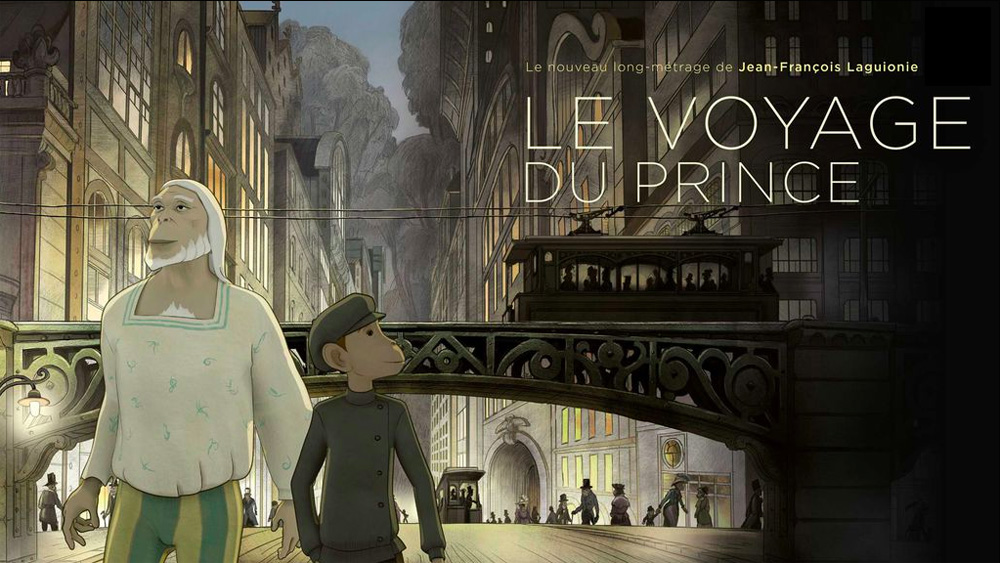 Animation fans and professionals alike have a never-ending appetite for seeing works in progress and behind-the-scenes panels about upcoming movies and TV shows. There is no shortage of inspiring and informative show-and-tell sessions about some of the toon events of the next few years. Some of the panels of 2019 include Sergio Pablos’ Klaus, Tony Cervone’s Scoob!, Aurélien Froment’s Josep, Jan Bubenicek’s Even Mice Belong in Heaven, Milivoj Popovic’s Dislocation, Genki Kawamura’s Weathering with You, Folimage’s new show Vanille and Gaumont Animation’s upcoming musical series Do, Re & Mi. 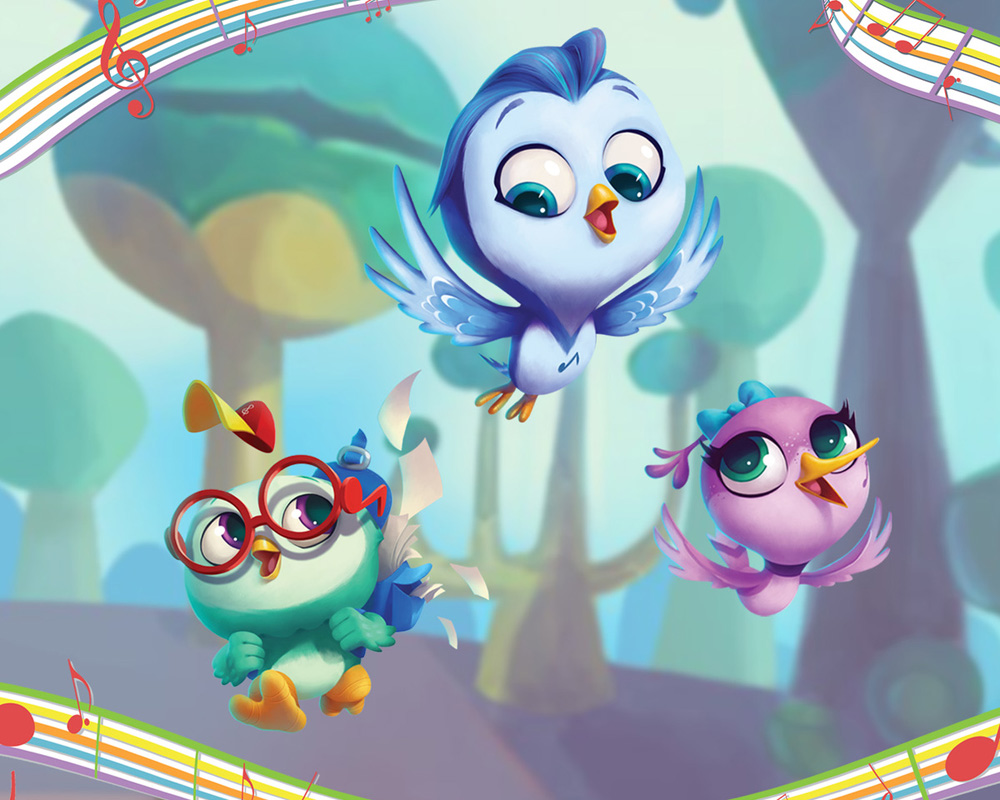 Some of the most interesting animated works these days explore the possibilities of the latest interactive technologies and push the boundaries of augmented reality. At Annecy, you can experience nine of the latest VR projects from around the world. According to the organizers, among the 90-plus projects submitted in the selection, more than 30% were directed or co-directed by women, and two of these are in competition. The 2019 VR lineup includes: 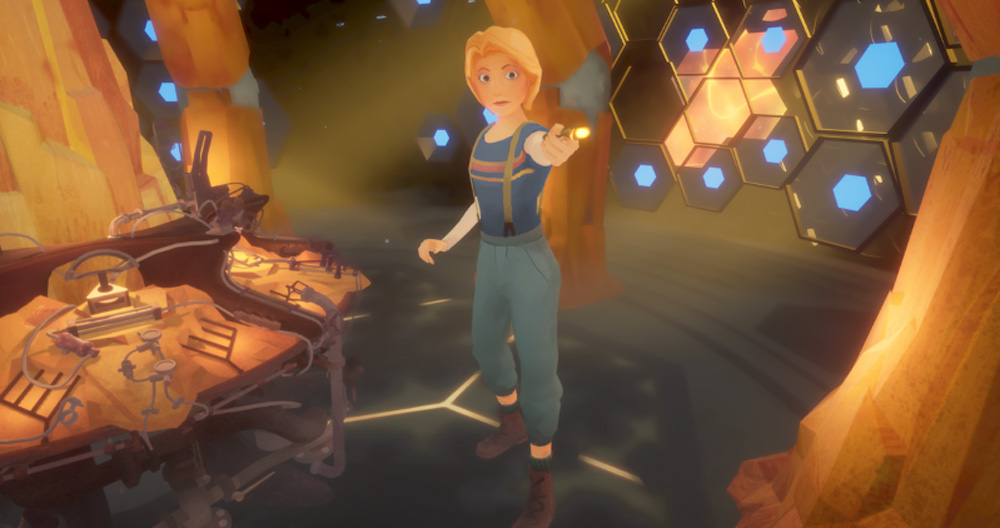 Smiles of a Summer Night

One of the unique pleasures of spending a few nights at the beautiful town of Annecy is catching some of your favorite animated movies as part of the free open-air screening series held at the Pâquier lawn. This year’s edition will feature instant classics such as Oscar-winner Spider-Man: Into the Spider-Verse, How to Train Your Dragon: The Hidden World, Ratatouille, Frozen, Terra Willy and Miniscule 2: Mandibles from Far Away. A bottle of wine, some like-minded friends, and beautiful animated images projected on the big screen. Now that’s what great summer memories are made of. 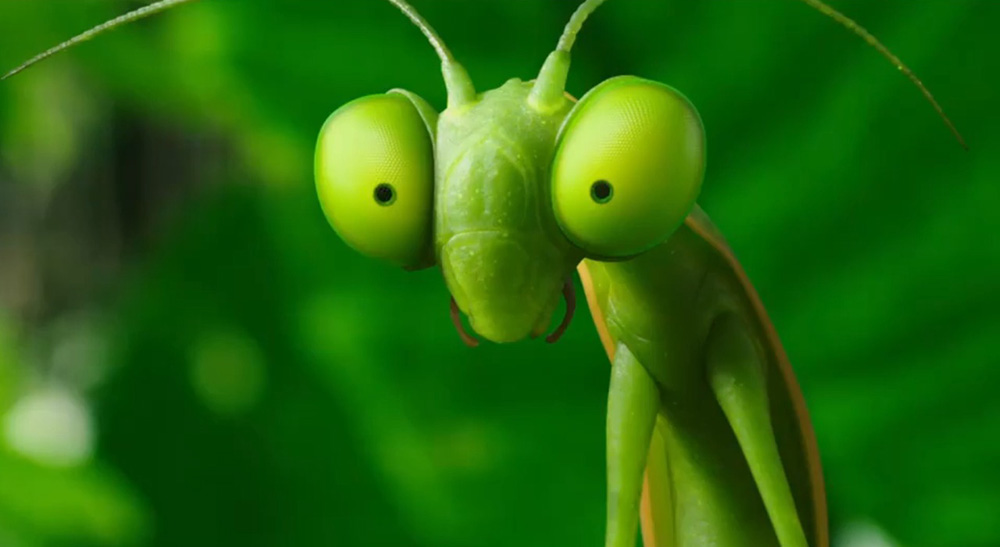 Take in Some Art

You can catch some of the amazing art created for some of this year’s best animated movies at exhibits the Centre Courier Gallery, Le Haras Selerie, Museum of Animation and Bonlieu Médiathèque. Among the special exhibits are art from How to Train Your Dragon 3, Playmobil: The Movie, Beast Animation and a focus on four contemporary manga and anime artists: Yuki Kawamura (Nova in My Hand), Ikuru Kuwajima (City of Transformers), Akino Kondoh (KiyaKiya) and Monoko Seto (Planet). 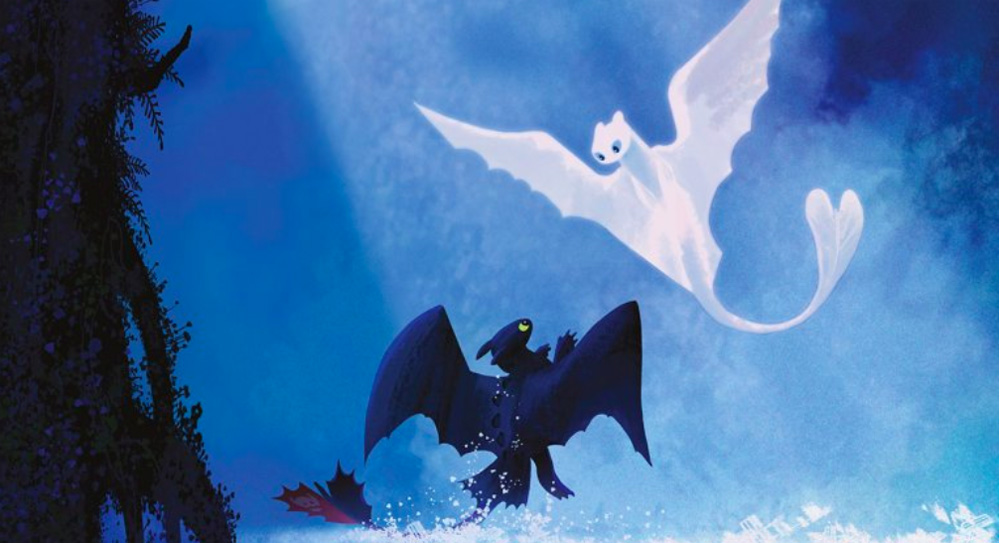 For an up-to-the-minute list of the festival’s selections and programs, visit www.annecy.org.