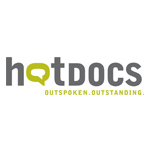 To create the project, 15 of Canada’s top, award-winning and celebrated independent animators have come together to create a collaborative animated film. Yellow Sticky Notes | Canadian Anijam is an innovative and global approach to animation filmmaking and unites animators from coast to coast, from Vancouver to Halifax and all parts in between, to self-reflect on one day of their lives using only 4×6 inch yellow sticky notes, a black pen and animation meditation. The short features work by original Anijam creator Marv Newland along with Oscar winners Alison Snowden and David Fine and Oscar nominees Cordell Barker, Janet Perlman, Chris Hinton, and Paul Driessen. Other award-winning animators, Jeff Chiba Stearns, Jody Kramer, Howie Shia, Jonathan Ng, Lillian Chan, Malcolm Sutherland, Joel Mackenzie, Louise Johnson round out the ‘anijammers’.

To create the film, the animators were asked to self-reflect through animation on personal and global events that impacted one day of their lives. Each of the animators created their sequences without knowing what the other participants were creating. Starting with a ‘to do’ list written on the day of a life-altering event, the animators transitioned from text to imagery by utilizing ‘animation meditation’ to create a visually animated poem representing how their lives were affected by that pivotal day. All future revenue created by the film will be used to create a foundation called the Yellow Sticky Notes Project to teach classical animation workshops to kids and youth across Canada.

“I am thrilled and honored to have the Canadian premiere of Yellow Sticky Notes | Canadian Anijam at this year’s Hot Docs,” says Chiba Stearns. “For an animated film to get into an exclusive documentary festival is extremely rare, but I can see how the film could be considered an ‘anidoc’ because the film documents a day in the lives of each of the animators involved. Even though this is an entirely animated film, I feel it is also very much a new form of experimental documentary with its approach of documenting the past, present and future.”

Hot Docs (www.hotdocs.ca) is North America’s largest documentary festival, conference and market, and will present its 20th annual edition from April 25 to May 5, 2013.

Check out the official website and trailer here: www.yellowstickynotesanijam.com. 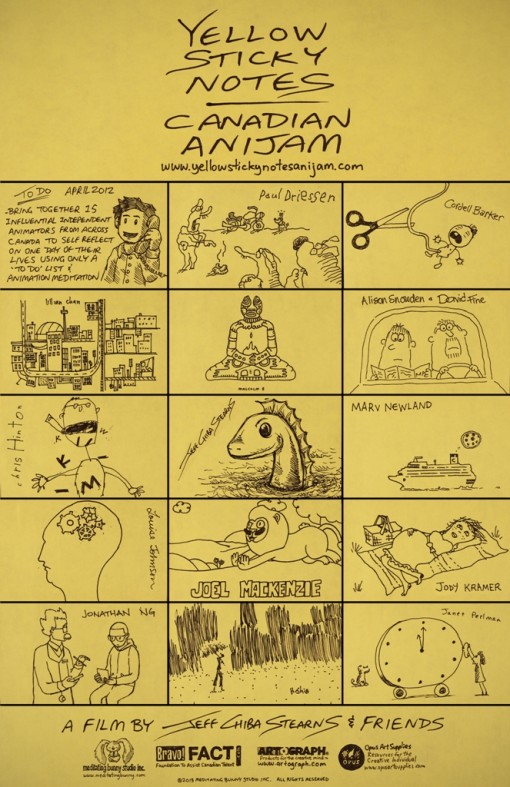