Laguna Fest, an animation and multimedia festival running this October 24-28 in Torreón, Mexico, will bring acclaimed animated features from around the world to the country for the first time, including Wrinkles and Fat, Bald, Short Man.

Wrinkles (Arrugas), directed by Ignacio Ferreras based on the graphic novel by Paco Roca and produced by Spain’s Perro Verde Films, is an emotional 2D story that depicts the friendship between two elderly men and the effects of Alzheimers on their relationship. The film has picked up two Goya Awards (Best Animated Film, Best Adapted Screenplay) and an Annie nomination for Best Animated Feature since its release in 2011.

Fat, Bald, Short Man (Gordo, Calvo y Bajito) is directed by Carlos Osuna who also penned the script with Carlos Andrés Reyes and Juan Mauricio Ruiz. The graphic 2D rotoscope animated feature was produced by Colombia’s Malta Films and tells the story of 46 year old office worker Antonio, who has always blamed his lack of success and his unpopularity on his being short, fat and bald. When a new hire even shorter, fatter and balder than Antonio joins the team and proves a success, Antonio is forced to reexamine his life. The film hit the international festival circuit in 2011 and opened wide in its home country earlier this year.

The festival will also feature a selection of shorts, two national competitions and a Commissioned Productions program in which six national animation studios address the theme of violence in the country. Learn more at www.lagunafest.com. 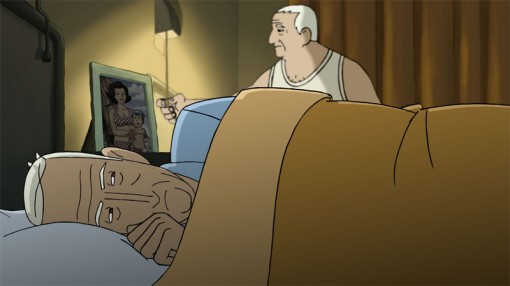 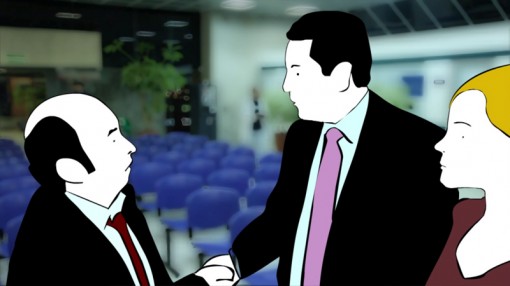