The 2021 edition of the World Animation & VFX Summit, taking place live and in-person November 7-10 on the grounds of the historic Garland Hotel in North Hollywood, Calif., has announced this year’s recipient of its Hall of Fame awards and panelist lineup. This year’s honorees, who will be presented with their awards at the opening night gala on Sunday, Nov. 7, are: 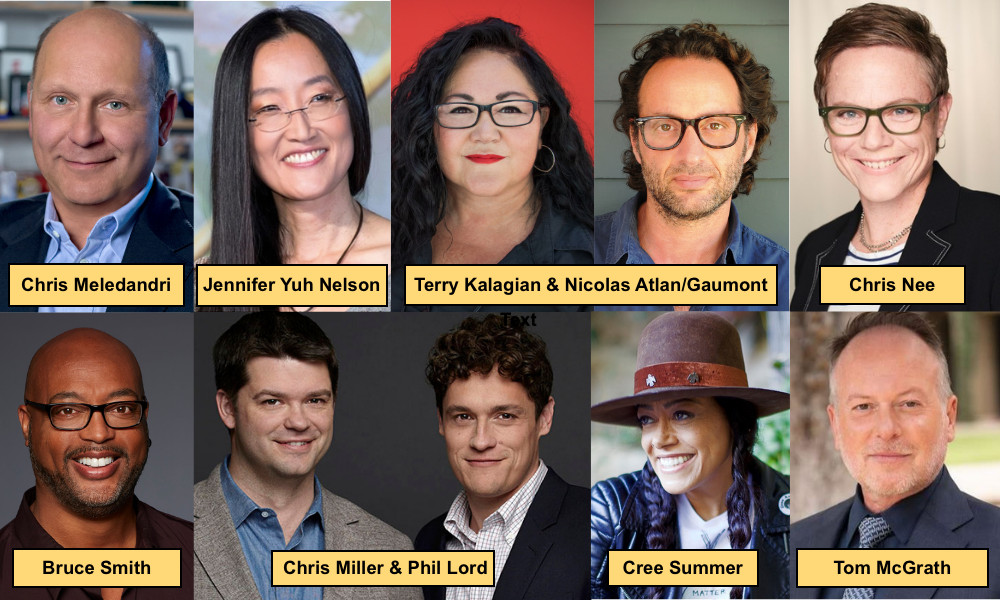 The gala event will be followed by three packed Summit days: All-inclusive networking breakfasts, lunches and cocktail parties anchor the all-day panels of industry luminaries. The focus is on easy access, informative and face-to-face interactions. Speakers will share inspiring insights and information about their experiences, the current state and future of the animation and VFX industry, new ideas and innovations, the current job market and the technologies that help push the medium forward and help studio talent, artists, executives and VFX artisans.

“We are thrilled to be coming back as a live event in November to celebrate the vitality of our business and community and to highlight the achievements of iconic game-changers in the animation industry,” says World Animation & VFX Summit founder and president & publisher of Animation Magazine Jean Thoren. “We are very pleased to have some of the biggest innovators, creative talent and thought leaders in our field sharing their vision for the future with us at our event. We can’t wait to see all our friends in the global animation community and learn about their many innovations and fascinating projects.”

The eclectic lineup of Summit Panels this year explore many different facets of the animation and VFX industries, from behind-the-scenes tips on how to produce a successful international co-pro, to the nuts and bolts of creating content for VR, to informative talks with the directors and producers of this year’s feature and short films that are contenders for Academy Awards.

The 2021 Summit will showcase panels on the making of some of the year’s top animated features such as The Boss Baby: Family Business, Encanto, Flee, Luca, The Mitchells vs. the Machines, Raya and the Last Dragon, Ron’s Gone Wrong, Spirit Untamed, The Summit of the Gods, Vivo and Wish Dragon. It will also spotlight some of the most acclaimed animated shorts of the year, which will be competing for year-end awards. Among the titles slated to be screened and discussed are Blush, Demi’s Panic, Twenty Something, Far from the Tree, Namoo, Nona, Robin Robin, Steakhouse and Us Again.

Additional talks taking place Monday through Wednesday will focus on some of the innovations in new media, co-production opportunities, the future of streaming and the changes in the TV animation landscape and the promise of the VR universe. Also on tap will be discussions on promoting more diversity and inclusivity in the industry, how to bring animated projects to the attention of streaming gatekeepers, how to successfully launch an international co-production and how to polish your portfolio and resume to land your dream job in animation.

Among the distinguished animation and vFX professionals appearing on the panels this year are:

Health and Safety Policy: To ensure the safety of staff and guests, the World Animation & VFX Summit will require proof of approved vaccine administered at least two weeks prior to the Summit and a negative COVID test within 72 hours of attending the Summit. The event will also require a valid ID. Temperature checks will be conducted on all attendees upon arrival and masks are required to be worn at all times in accordance with L.A. County requirements. To learn more about the event and secure special discounted tickets, visit www.animationmagazine.net/summit.