The era of the Big 3 networks as the only conduit for animated television is a thing of the past. Content creators and executives are now faced with the boon of the internet age, video streaming and a plethora of cable networks in which to showcase their animated properties.

Moderator Cort Lane, VP of Animation Development and Partnership for Marvel, tackled this brave new world of reaching millions of viewers across multiple platforms, and the advantages and challenges that this new age presents at the World Animation and VFX Summit. Lane spoke with Peter Gal, Head of TV Development for DreamWorks Animation; Eric Homan, VP of Development for Frederator; Curtis Lelash, VP of Comedy Animation for Cartoon Network; Tara Sorensen, Head of Kids Programming for Amazon Studios; and Mike Young, Co-CEO of Splash Entertainment.

One of the biggest questions of the night was how to create an audience for a show with such a myriad of online and traditional distribution channels.

“I think that Netflix and other streaming services have busted open traditional advertising networks of who sees a show,” said DWA’s Peter Gal. “On Netflix, we don’t have to worry about a place for it. Kids will find it.”

He stated that with network and cable television, kids sometimes shun certain shows not because they don’t like the show, but because they know it’s not in their age bracket, or it’s on a network, for example, meant for younger kids, and so they avoid it because they don’t want to seem uncool. “[Streaming is] a great democratic experience,” said Gal. “Kids can watch what they want and it doesn’t matter what the world says they should like.”

Mike Young of Splash agreed with that sentiment. “These kids are everywhere, so you have to make shows everywhere,” he said. “We’re not working for a singular linear network anymore. We’re working for Netflix, Hulu, Lionsgate. I can’t remember a time in my long, ancient life when that’s been the case.”

Eric Homan from Frederator, which boasts its own successful YouTube-based “network” of animation channels, praised the online space for enabling their company to explore a different way of bringing content to an audience. “We started our online channel Cartoon Hangover three years ago this week. Up until that time we had always partnered with a studio,” said Homan.

And with the increase in binge watching, it also affects how shows are formatted. Many programs are now serialized, giving viewers the chance to see the characters grow and change. This is true even for younger viewers, an area where Amazon’s new slate of original instant video programming has a foothold. “I don’t think about binge viewing with preschool but for six to eleven [year olds] there are serialized arcs and we want to embrace it,” said Amazon’s Tara Sorensen.

However, even though multiple arenas exist to promote and distribute shows, network television continues to be a player in the industry. Contrary to popular belief, millions of people, particularly children, continue to watch TV on TV, not just the internet and their mobile devices, even though these platforms have exploded in popularity.

“The fact is, we’re still in 55 million homes and we get 30 million kids a month and they’re on there 30 or 40 minutes,” said Young. “On YouTube maybe four and a half minutes. It’s still a valuable portal as far as we’re concerned.”

“When you’re a producer you want to produce for every platform,” said Gal.

“The TV model will hold up for a while. [But] not forever. It’s evolving every day,” moderator Lane added.

And although the platforms and viewing patterns have changed, and even though CG has become immensely popular over the years, the executives found that 2D still holds a place in the hearts of viewers around the world.

“For us, we always start with what our creator wants,” said Homan. “It turns out that for all our past shorts none of our creatives have said they wanted 3D.”

“Boys wanted the expressiveness of 2D,” said Lane. “Prior to that we really were thinking that CG was something we wanted to pursue, and there were financial considerations, but boys really answered that question for us in what they were looking for in characters.”

No matter the technology, the world is changing, and as long as creators and executives are aware of the changes, they will be able to create content that will entertain and educate kids during the next phase of the digital revolution. 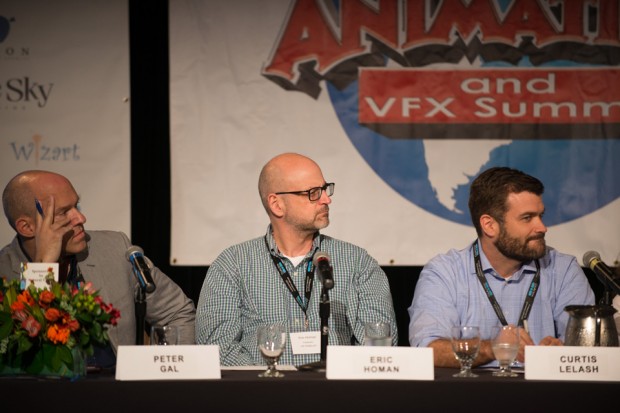 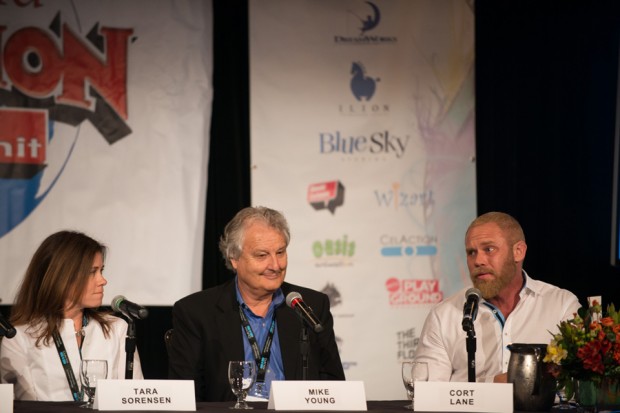 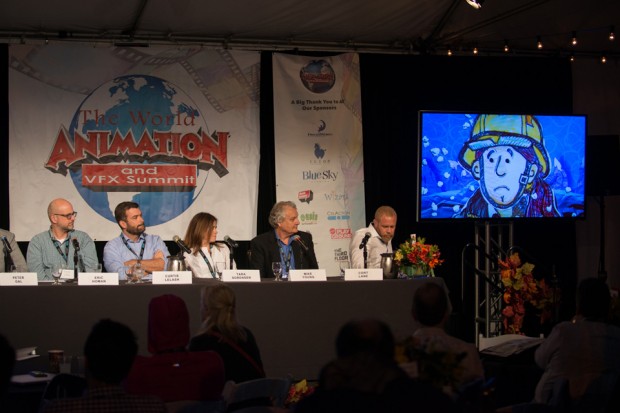 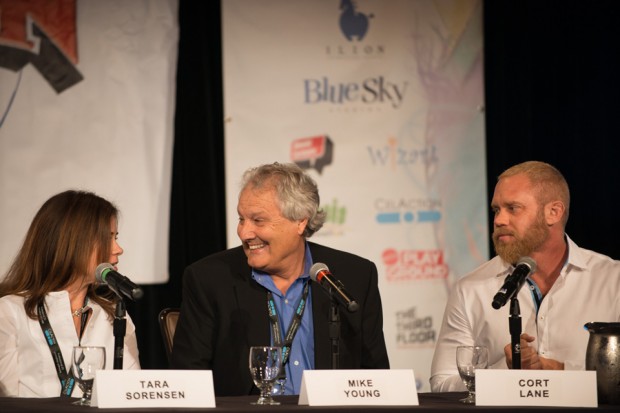 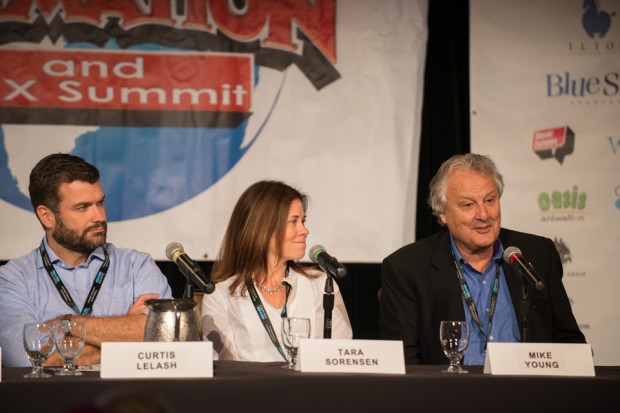 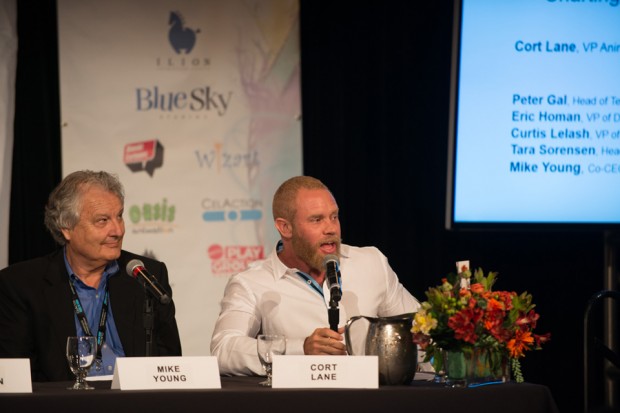 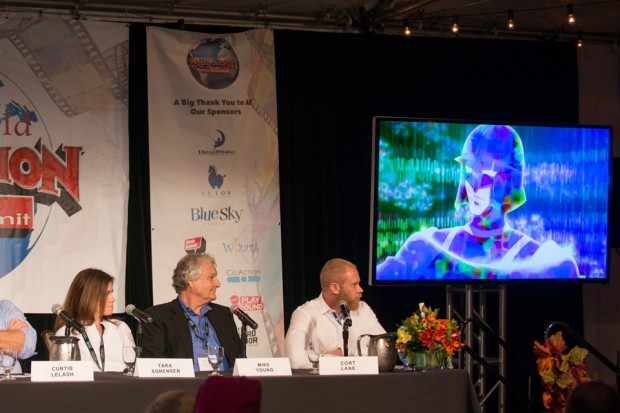 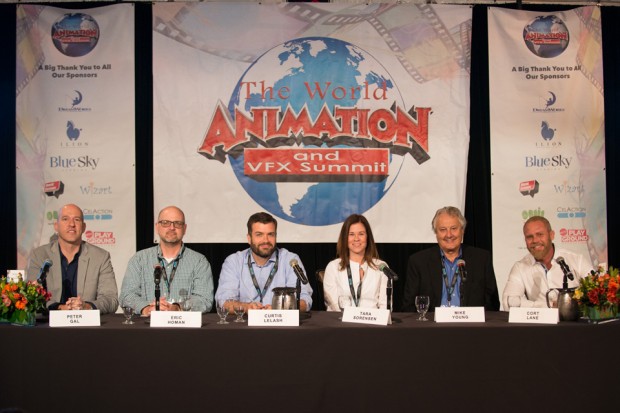