Animation professionals from around the world gathered to hear the first panel of November 2 at the World Animation and VFX Summit at the California Yacht Club in Marina del Rey, CA. Gathered together to discuss Kahlil Gibran’s The Prophet were the internationally acclaimed animated film’s director, producer and film production company.

Damián Perea, director and producer at ANIMAYO, moderated the panel featuring three of the individuals responsible for bringing Kahlil Gibran’s masterpiece to life: director Roger Allers (Open Season, The Lion King), CEO & co-founder of Bardel Entertainment Delna Bhesania and producer Clark Peterson (Monster). The trio discussed their mutual admiration and respect for Gibran’s seminal work, as well as the triumphs and trials of leading an international team to create a beautiful full length feature film in 2 years and three months.

The book, composed of poetic verses spanning across different themes, first had to be conceived in a way that would fit a narrative storyline. Originally, said Peterson, the producers wanted the film to be shot in live action. However, Peterson envisioned that with the poetic structure, the medium of animation would serve as a better visual backdrop.

“It was Clark’s idea to do it as animation. It is a really brilliant way of interpreting poetry,” said Allers.

“It’s a beautiful film and I think it is difficult to do because it’s based on a book. [But] it’s the perfect way to do it with animation,” said Perea.

“When I thought of the book it’s really these chapters that have these poems. The only thing I could think of was Fantasia, which had these cinematic qualities like poems. Animation seems to be the answer,” said Peterson.

Peterson and the film’s other producers sought the rights of the book for five years, which belonged to the native village where Gibran grew up in Lebanon. After receiving the rights, Peterson sought the help of Oscar-nominated actor Salma Hayek, who first was introduced to the book by her Grandfather when she was a little girl. Her admiration for the book and Peterson’s vision helped give the push it needed to help get the project off the ground. Peterson then sought to find artists and a studio that would give the story the artistic respect it deserved. Fortunately, that proved to be one of the best parts of the process.

“When you start with a property that’s beloved and touched a lot of artists, people are drawn to it,” said Peterson. “Nobody came on for the money. Everyone came on for the love of Gibran and wanting to do something creative.”

Delna Bhesania, CEO of Bardel Ent., bid on the project after finding out about it from another producer. After reading the book, she knew it would be the perfect project for the Vancouver based animation studio. “It was so unusual and so different that it was something I wanted to do personally,” she said.

Bardel and another studio bid on the project, and when the first studio bowed out, Bardel stepped in to take the reins.

The next step was to create a visually lush film. Originally, the plan was to create it wholly in 2D, but due to budgetary and time constraints, the Bardel team opted to create a 3D technology that compressed the imagery, giving the film a 2D look and feel.

“[The] challenge was to create 3D models that could flatten to become the 2D graphic we had originally,” said Allers.

“We created a program to cast light on models and [the artists] hand-drew where the characters should be,” said Bhesania. For the final step, the 2D artists finessed the lines of the characters and backgrounds using TV Paint.

All of this was made possible due to the dedication of the film’s artistic and production teams, which spanned across 12 countries. “We didn’t want it to be one person’s interpretation of the book. Let’s find artists and musicians from around the world,” said Peterson. “It’s amazing how you can make a movie around the world nowadays. It was really an international collaboration.”

Some of the renowned artists who contributed to the film included Sita Sings the Blues director Nina Paley, Cheatin’ director Bill Plympton and Song of the Sea director Tomm Moore.

“When you get to work with all of these talented people it’s really exciting,” said Allers.

After enjoying an international release, The Prophet will be coming to DVD and Blu-ray in 2016. 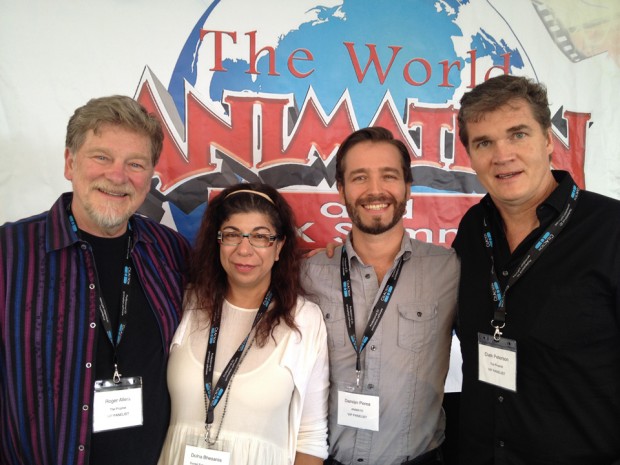 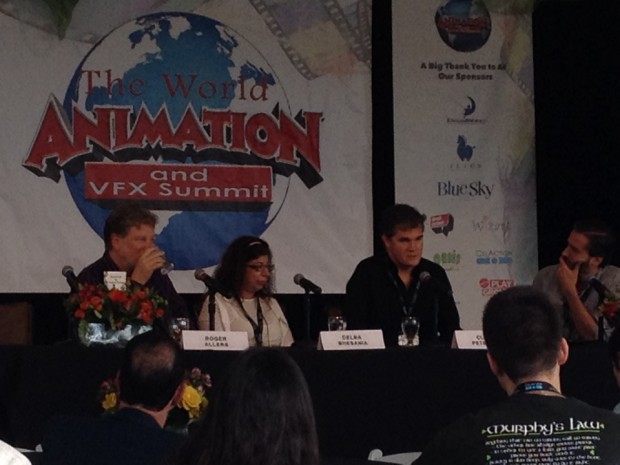