The issue of branding excites and confounds the most savvy of animation creators and executives and at the World Animation and VFX Summit on Tuesday five of the industry’s top professionals debated on how to achieve this seemingly elusive goal.

The big question of the night was: What is a brand, and what is necessary for an idea to become a brand?

For Carrington, who spent many years as an executive for the BBC, the answer was simple. “For me a brand is really just a great story and a great set of characters that come to life and mean something to you,” he said.

Faubert, whose company focuses on mobile and platform games, echoed that sentiment. “It needs to have an emotional connection.” For his company, there is also the added difficulty of needing to achieve engaging game play along with creating compelling characters. “We create a universe that’s really good and really great, but if the play pattern doesn’t work it won’t stick,” he said.

However, it is difficult for even the most seasoned prognosticator to truly predict what will become a brand and what property will become the next breakout hit.

Magallanes knows this first hand. A veteran of Nickelodeon for 18 years, he oversaw the development of such classics as SpongeBob SquarePants and The Fairly OddParents, as well as the recent reboot of Teenage Mutant Ninja Turtles.

“When we were creating SpongeBob, we weren’t thinking of building a brand. It became that because of how much fun we had with the character and the crew of the show itself,” he said. “You don’t know what will become a hit. If everybody could do it, we would do it every time.”

That changed with the advent of video on demand and countless new ways to watch TV content, and the life cycle of popular shows has extended past a few seasons. “These days with multiple devices children are watching all this stuff whenever they want, on demand, and you’re getting an extension of all of these life cycles,” Carrington added. “You’re seeing shows like Adventure Time in the marketplace for ten years instead of five years.”

The biggest question, and the one that is the most elusive, was how to find that special idea that will become a powerhouse brand. And all the panelists agreed that there is no easy answer.

Madhavan, whose entertainment company Assemblage is based out of India, noted that the US market is vitally important for a brand’s international longevity. “To have success in the US means we have a truly international brand. To have a true brand the US has to be onboard. That’s because of the distribution strength the United States brings in,” he said.

Magallanes added though that with today’s crowded marketplace, some shows that may have become breakout hits never get that opportunity, and they need nurturing to succeed. “You can’t overlook marketing, programming, promotion, online — all those things fuel the machine,” he said. “Without those things, if you don’t place your show at the right time for the right amount of time to let it simmer and cook it may not get there. A lot of networks don’t let their program cook.” 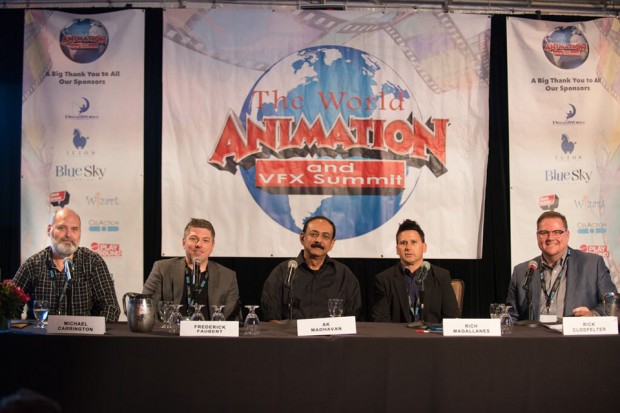