“To put on something like this is always a labor of love,” said Jean Thoren, publisher of Animation Magazine. “It’s important to meet people from around the world and expand your horizons.”

Master of Ceremonies Candi Milo, known the world over as the voice of Dexter from Dexter’s Laboratory, Sweetie Bird from Tiny Toon Adventures and a host of other beloved characters, introduced the presenters during the festive evening.

“Never have I seen collaboration worldwide like I have with animation,” said Milo.

Two time Emmy-award winner Danny Jacobs, known as the voice of King Julien on All Hail King Julien, presented Head of Television for DreamWorks Animation Margie Cohn with the Trailblazer of the Year Award.

“Blazing trails is something Margie has done for some time,” said Jacobs in his iconic King Julien voice. “She’s been leading the way for nearly three decades.”

Cohn worked at Nickelodeon Animation Studios for 27 years, and during her tenure Nickelodeon rose to become the number one cable network for 18 years running. She oversaw the creation of the NickToons block of programming, including Rugrats and SpongeBob SquarePants.

As Head of Television for DreamWorks Animation, Cohn helped create the Netflix deal that included 300 hours of original programming for the worldwide streaming service.

“Margie fosters an environment for all people to jump in the sandbox and play,” said Jacobs.

“Our mission statement is to make animation programs that stand the test of time,” said Cohn in her acceptance speech. “My vision is to surround myself with some of the smartest and most talented people in the business.”

Titmouse creative director Antonio Canobbio presented the Lifetime Achievement Award to Folivari president Didier Brunner. The four-time Oscar nominated producer of acclaimed animated films The Old Lady and the Pigeons, The Triplets of Belleville, The Secret of Kells and Ernest and Celestine, Winsor McCay winner, Annie Award winner and BAFTA award winner has no plans of slowing down his illustrious career.

“I still love animation,” said Brunner. “There is no love without proof of love. I’m happy to announce my career is not finished.”

“His approach to the art form was beautiful simplicity. I dearly would have loved to have met the man. He captured the human condition,” said Martino.

Schulz spoke lovingly of her late father and his dedication to the craft and his work.

“Too many people want to pursue things for the end result, to become famous,” said Schulz. “The important thing is to enjoy the process.”

She thanked everyone in the crowd for their continuing support of “Sparky” Schulz and his art and encouraged artists the world over to continue to strive for their dreams.

“In memory of my dad I hope every one of you continues to pursue your passions and your legacy,” said Schulz.

The final award of the night for Breakout Studio went to ZAG Entertainment, created by animator Jeremy Zag. The organization, with branches in Europe, Asia and the United States, develops animated television shows including Miraculous, Tales of Ladybug & Cat Noir, Zak Storm and Popples, and will be releasing two animated feature films in 2017.

“He dreams, and then he makes his dreams a reality,” said Barnathan.

“Animation has no limit, so why not think big?” said Zag.

Many thanks and congratulations to all of the award winners of the 2015 World Animation and VFX Summit and to the participants who continue to create and expand the artistry and innovation of animation for millions of loyal fans worldwide. 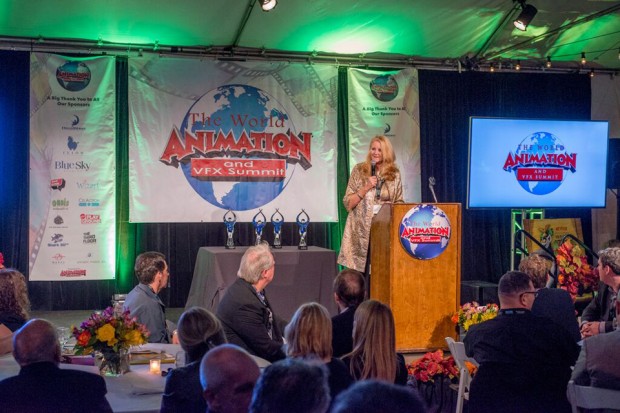 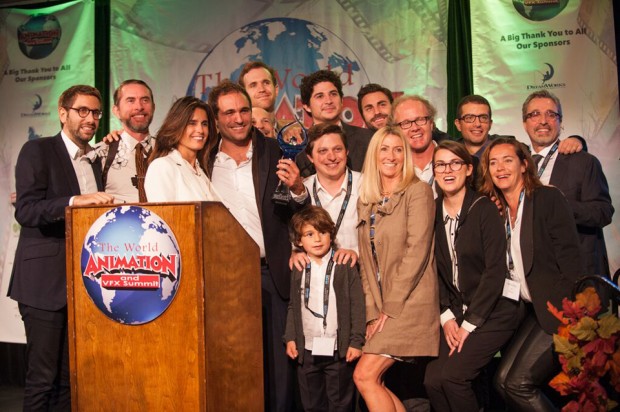