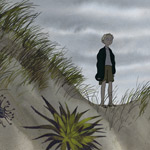 Women in Animation (WIA) has announced that a showcase of short films created by female animators from around the world will screen at the Animation Is Film festival this month. Entitled “Songs of Love and Death,” each short film tackles the subjects of love and death from the perspectives of women from different cultures and backgrounds. Scheduled to debut on the festival’s closing night, October 22, the program is aimed at adult viewers who want to support global animation from women.

“As part of our ongoing mission to advance women in the field of animation, WIA is proud to be collaborating with Animation Is Film to showcase this diverse, amazing lineup of films from an inspiring group of women directors from all over the world.”

“As a longtime lover of short films, it has been very exciting to get to work on this program together with Women in Animation. This collection showcases some of my favorite short animation from around the world and exemplifies the kind of filmmaking our festival champions.”

The program runs for 75 minutes and is recommended for audiences 14 and older. The screening will be followed by a Q&A with the filmmakers. Films featured include Airy Me by Yoko Kuno from Japan, as well as the Neil Gaiman adaptation Hate for Sale by Anna Eijsbouts from the Netherlands.

The shorts scheduled are as follows:

AIRY ME
Yoko Kuno, Japan, 2013, 5.5 min
In a hospital, an ethereal connection between nurse and patient triggers a strange transformation.

BAO
Sandra Desmazieres, France, 2011, 11.5 min
Bao loves taking the train with his sister. It’s the highlight of his day.  But after today, nothing will ever be the same.

GRANDPA WALRUS
Lucrèce Andreae, France, 2017, 15 min
On a windy and cloudy beach, granny is praying, mum is shouting, the sisters don’t care and Lucas is alone. Grandpa was a weird guy, and now he’s dead.

HATE FOR SALE
Anna Eijsbouts, Netherlands, 2017, 2.5 min
A stop-motion cutout animated film about the world we live in. Based on an original poem by Neil Gaiman.

JAMÓN
Iria Lopez, Spain, 2012, 8 min
As the only pig in a human family, José has trouble fitting in. But after an encounter with the neighbor next door, he begins to come to terms with who he really is.

THROUGH YOU
Lucette Braune, Netherlands, 2013, 8 min
A young woman struggles through the crowd on the way to the store. As she passes these strangers some leave a mark —  but only one leaves a mark that sticks.

WIA is an organization dedicated to gender equality in the animation field through networking, resources, and education efforts all over the world. Animation Is Film is an annual film festival founded in collaboration between GKids, Annecy International Film Festival, ASIFA-Hollywood, and Variety. It carries the goal of showcasing the best international animated films and establishing itself as a hub of the most respected artists in the animation world.

Tickets for Songs of Love and Death are available at www.animationisfilm.com 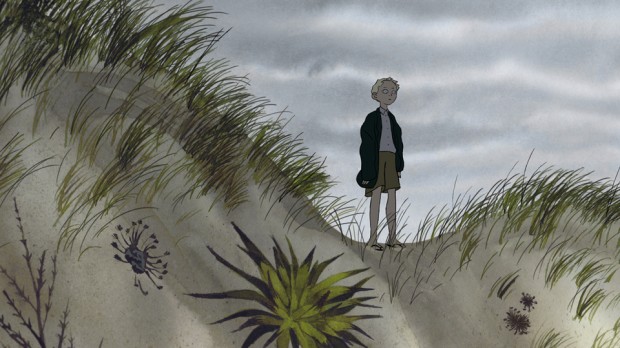