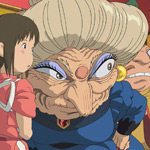 Here’s a nice Halloween treat to stuff in your candy bucket. Courtesy of our pals at GKIDS and Fathom Events, we’ve got a set of two tickets for the next installment of Studio Ghibli Fest, which will present Hayao Miyazaki’s Oscar-winning feature Spirited Away in select US cinemas on Oct. 29 & 30, and Nov. 1. Just answer our trivia question below for a chance to win!

The film centers on a young but resourceful girl named Chihiro, whose seemingly dull road trip with her parents takes a supernatural turn when they stop at a village that is not at all what it seems, and her parents are placed under a transformative curse. The human girl is then whisked into a world of spirits, dragons and a possessive witch. If Chihiro wants to escape her servitude and save her parents, she’ll have to call upon a courage she never knew she had.

Originally released in 2001, Spirited Away was written and directed by Miyazaki and produced by Toshio Suzuki for Studio Ghibli.

Enter for your chance to win by sending the correct answer to the trivia question below with your name and address to webmaster@animationmagazine.net, with the subject line “Spirited Away Giveaway.”

QUESTION: The loveable little soot sprites from My Neighbor Totoro show up again in Spirited Away — what job did they find after leaving the ol’ country house?

A. Gathering food for No-Face
B. Creating dirty customers for the bath house
C. Taking care of Baby
D. Carrying coal for Kamaji 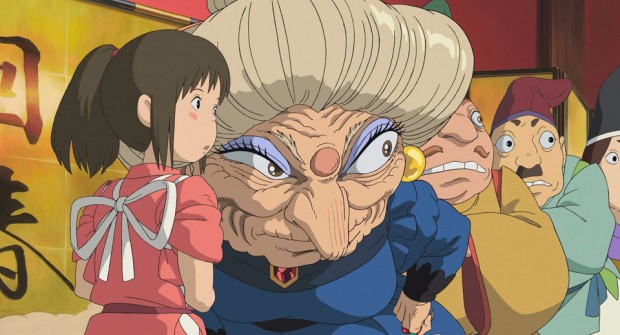