We have five pair of tickets for the special screening of Sony Pictures Animation’s 2006 feature Open Season on September 5th, right on the studio’s historic lot in Culver City, Calif. Part of SPA’s month-long 10th Anniversary Celebration, this exciting event will also include a rare screening of the studio’s Oscar-winning short The Chubbchubbs, along with a panel discussion with producer Michelle Murdocca, exec producer Steve Moore and character animator William Haller.

All you have to do to win the tickets is be one of the first five people to email ramin@animationmagazine.net with the subject line “Open Season Screening.” Winners also get free copies of the beautiful Art of Open Season hardcover book. Refreshments will be served at 7 p.m. Screening will begin at 7:30 p.m., and panel follows immediately after the pic.

The screening is part of Sony Pictures Animation’s month-long 10th anniversary celebration, which will also include Surf’s Up (September 13), Cloudy with a Chance of Meatballs (September 20), The Smurfs (September 27) and Genndy Tartakovsky’s Hotel Transylvania (September 29).  Check www.animationmagazine.net every week to win tickets to each one of the upcoming screenings. 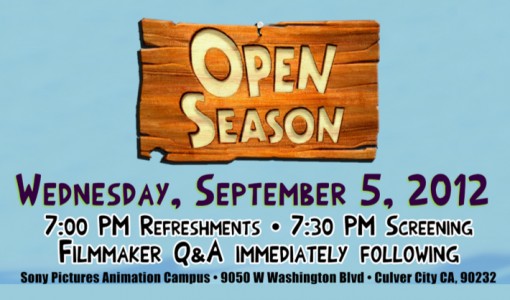 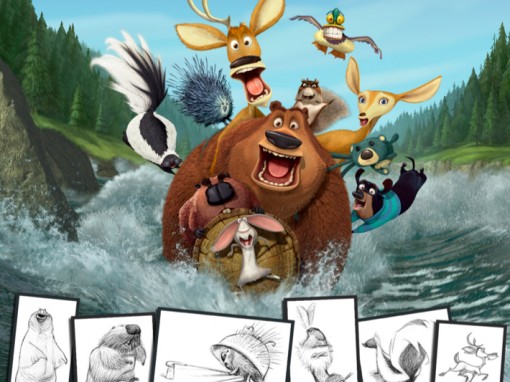