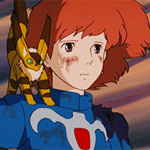 This week, we are delighted to offer our readers the chance to win a pair of tickets to the Studio Ghibli Fest engagement for Hayao Miyazaki’s sci-fi fantasy feature Nausicaä of the Valley of the Wind (1984), presented by GKIDS and Fathom Events on September 24, 25 and 27.

Set in a post-apocalyptic world in the distant future, the film follows Nausicaä, the young princess of the Valley of the Wind, as she fights to stop the kingdom of Tolmekia from poking the proverbial hornets’ nest when the Tolmekians plan to use an ancient weapon to flush out a race of jungle-dwelling mutant insects.

The film is based on an original manga by Miyazaki, produced by Ghibli co-founder Isao Takahata and features music by Joe Hisaishi in his first of many collaborations with Miyazaki. Despite being considered part of the Studio Ghibli catalog, Nausicaä was produced for Tokuma Shoten and Hakuhodo, with animation by the now-defunct Topcraft.

Enter for your chance to win by sending the correct answer to the trivia question below with your name and address to webmaster@animationmagazine.net, with the subject line “Nausicaa Giveaway.” 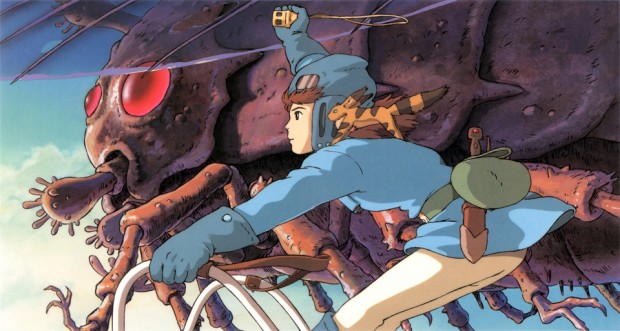