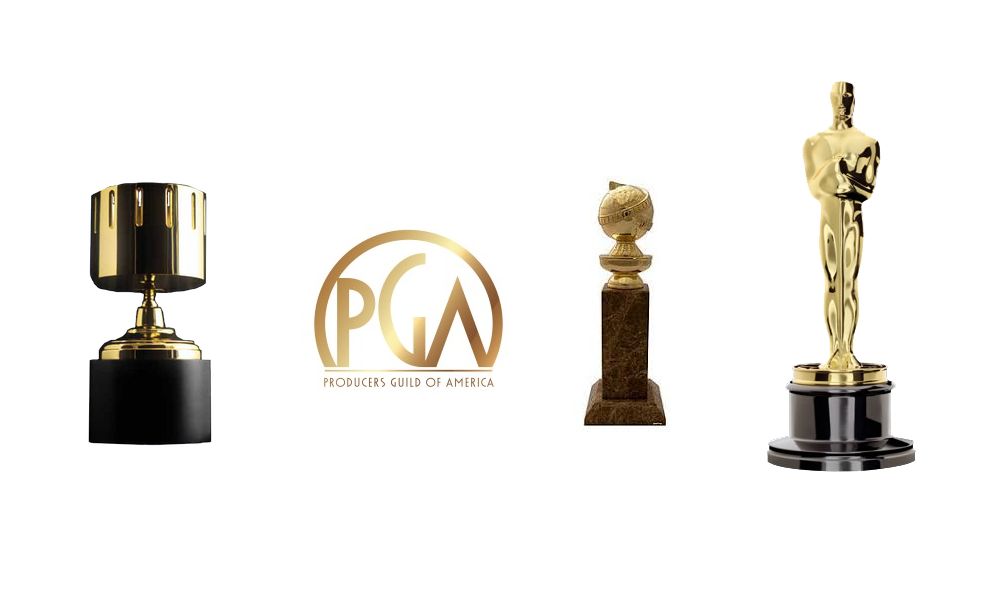 As the annual film gold rush rolls on toward the Academy Awards, we thought it would be interesting to see which of the major movie honors — the Golden Globes, Producers Guild Awards and Annie Awards — have had the strongest correlation with Oscar’s animated feature pick over the years.

The Academy and ASIFA-Hollywood synced up for the first five years of the Animated Feature Oscar. However in 2007 —  the Academy chose George Miller’s musical comedy Happy Feet (Warner Bros./Animal Logic) while the three other ceremonies crowned Pixar’s Cars. The Oscars and the Annies  have disagreed five times so far; twice being the only standout, in 2009 with Kung Fu Panda (DreamWorks) over WALL-E (Pixar), and in 2011 with How to Train Your Dragon (DreamWorks) over Toy Story 3 (Pixar). The Annie winner for 2020, revealed Saturday night, is Klaus.

Presenting its first award for animated feature at the 2006 ceremony (to Oscar and Annie-winning Aardman Animations flick Wallace & Gromit: The Curse of the Were-Rabbit), the Producers Guild Awards has a slightly higher rate of picking the Oscar winner, with four divergences over the years. In 2012, PGA sided with the Globes on Steven Spielberg’s The Adventures of Tintin (Paramount) over Gore Verbinski’s Rango (ILM/Nickelodeon/Paramount); agreed with the Annies’ on Wreck-It Ralph (Disney) over Brave (Pixar) in 2013; and stood on its own in favor of The LEGO Movie (WB/Animal Logic) in 2015, when Big Hero 6 won the Oscar and How to Train Your Dragon 2 scored the Golden Globe and Annie Award. PGA’s 2020 pick is Toy Story 4 (Pixar/Disney).

Joining the animated feature fray most recently, the Golden Globes started out with the Oscar-opposing Cars sweep in 2007, but has since been the most closely correlated award on our chart with just two additional differences so far: Tintin in 2012 and How to Train Your Dragon 2 in 2015. This year’s Golden Globe results were an exciting change-up, as stop-motion feature Missing Link scored the first win for LAIKA — the studio had been nominated three times previously, and each of its six features has been nominated for the Oscar.

The Academy Award for Best Animated Feature nominees for 2020 are How to Train Your Dragon: The Hidden World (DreamWorks/Universal), I Lost My Body (Xilam/Netflix), Klaus (SPA Studios/Netflix), Missing Link (LAIKA/United Artists) and Toy Story 4 (Pixar/Disney). 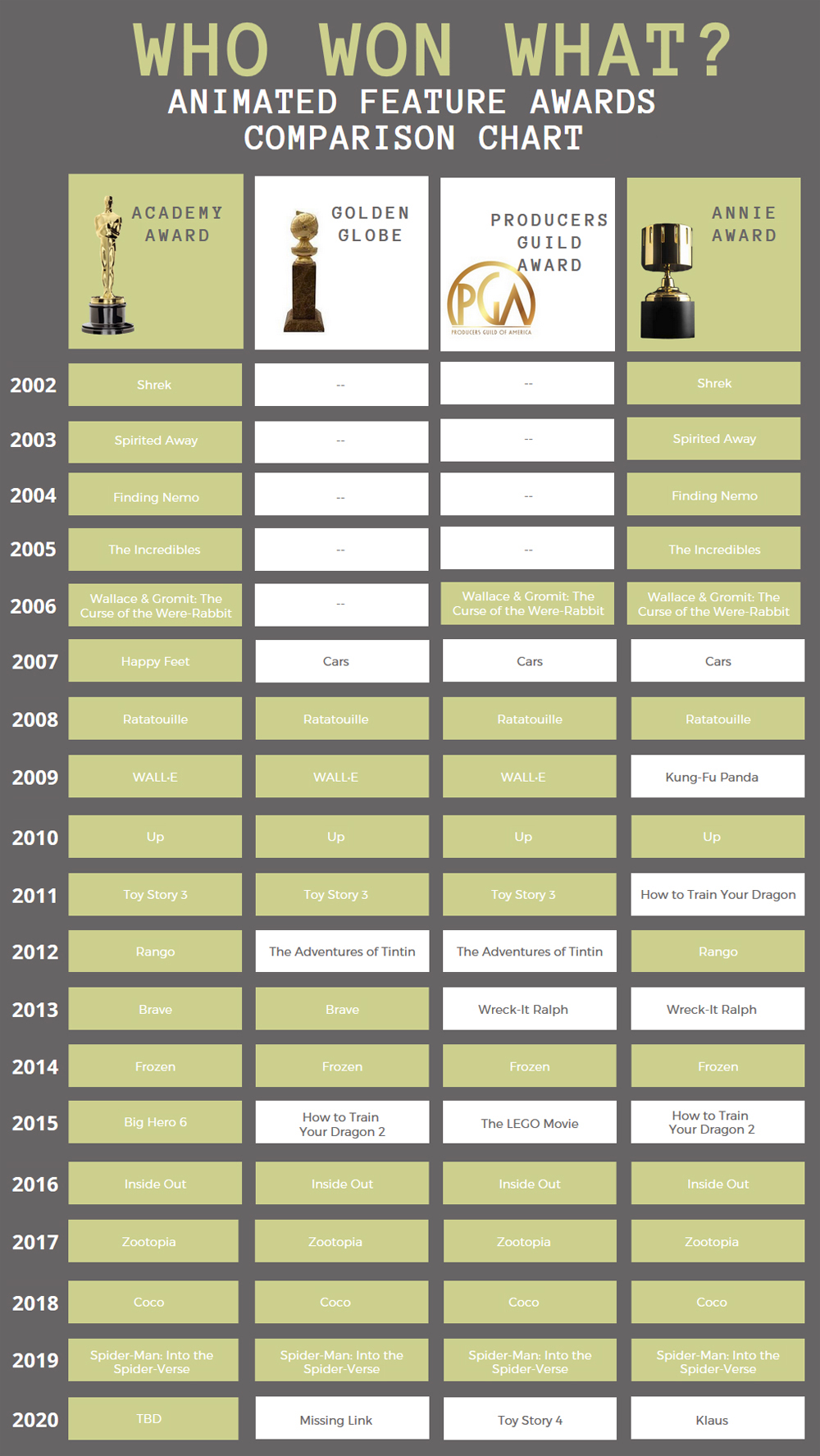