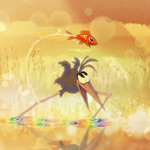 After 14 days of films, conversations and celebrity guests, the 2018 San Francisco International Film Festival wrapped up another successful edition in the City by the Bay. This year, a total of 242 screenings of 186 films from 45 countries vied for audience attention and nearly $40,000 in prizes. Making special appearances, giving onstage introductions and participating Q&As were an array of artists including Terry Crews, Charlize Theron, Henry Winkler, Wayne Wang, John Cameron Mitchell, Neil Gaiman, Danny Elfman and rapper/producer Boots Riley, who made his directorial debut with the Centerpiece screening Sorry to Bother You.

In the feature competition, Ana Urushadze won the $10,000 Golden Gate New Directors Prize for Scary Mother (Georgia/Estonia). Live-action piece Shadow Animals (Sweden) by Jerry Carlsson took the Golden Gate Award for Best Narrative Short, but notably the animated Weekends by Pixar story artist Trevor Jimenez took First Prize for Best Bay Area Short ($2,000). The jury said of Weekends: “It is rare that a short film, let alone an animated short with no dialogue, has the depth and narrative arc of a feature. The back and forth travels of a young child between his divorced parents’ dwellings reminds us all of what constitutes family, and what makes a place, something we call home. Perhaps it is somewhere in between.”

Another major Bay Area animation player presented a workshop for little ones: “The Shape of Pixar Characters: A Workshop for Kids” tasked story supervisor Jason Katz with presenting a behind-the-scenes look at how the studio creates their loveable feature film characters, from the way they look, to their distinct personalities, to how they interact with the world around them.

Weekends by Trevor Jimenez is  story of a young boy shuffling between the homes of his recently divorced parents. Surreal, dream-like moments mix with the domestic realities of a broken up family in this hand-animated film set in 1980s Toronto. [Trailer]

Icebergs by Eirini Vianelli is an existential stop-motion dark comedy consisting of 14 short vignettes, ranging from the mundane to the absurd. It is based on the book Scenes by award-winning screenwriter Efthymis Filippou.

Bird Karma by William Salazar (produced by Jeff Hermann) is a beautifully artistic 2D short film tells a delightfully lyrical and fully unexpected tale of a long-legged bird’s journey of blissful joy, inescapable greed and the accidental discovery of the consequences when too much is not enough. 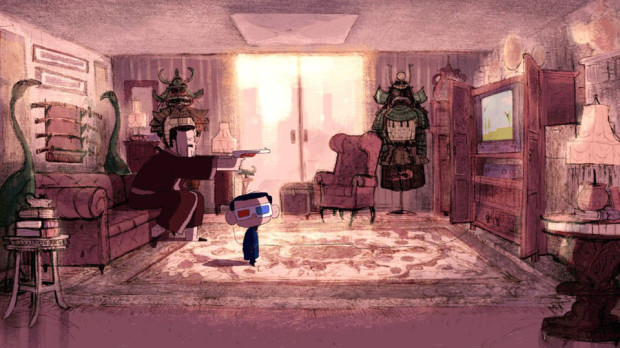 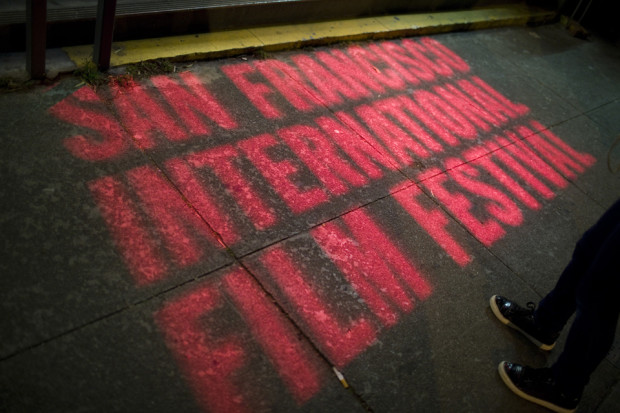 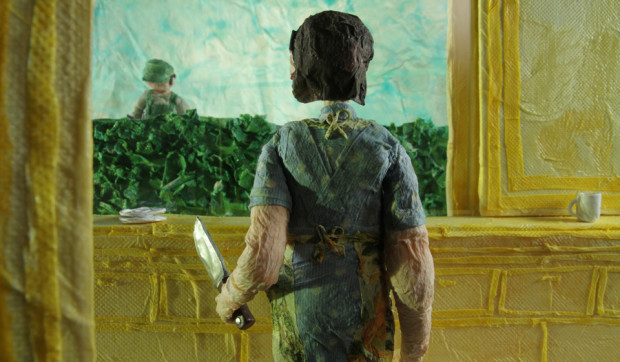 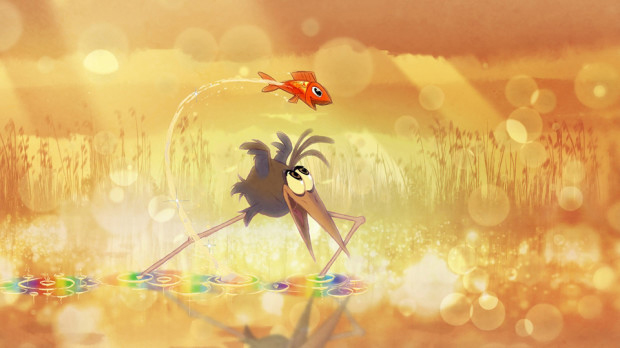