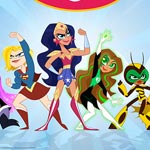 Summer school has never been so much fun as Warner Bros. Television Group unveils its Comic-Con Class of 2018! With 15 of the Studio’s fan-favorite series making their way to Comic-Con International: San Diego, WBTVG’s graduating class this year will be as epic as ever. Animated highlights will include special looks at Freedom Fighters: The Ray, Young Justice: Outsiders, DC Super Hero Girls and Unikitty!

Check out the full schedule with participating stars below. Follow announcements on social media with @warnerbrostv / #WBSDCC and @Comic_Con / #SDCC2018.

6:00–10:00 p.m. [Ballroom 20] Manifest World Premiere and Special Sneak Peek Screenings — Comic-Con and Warner Bros. Television Group proudly continue our annual Preview Night tradition with an exclusive pilot screening of the new series Manifest (premieres Sept. 24 at 10/9c pm on NBC), plus an advance screening of the following week’s episode of The 100 (“The Dark Year” will air Tuesday, July 25, at 8/7c on The CW) exclusively for the Comic-Con audience. On top of all this, the evening will include a special world premiere of brand-new episodes from season two of animated adventure Freedom Fighters: The Ray, which will stream on CW Seed following the CCI debut. 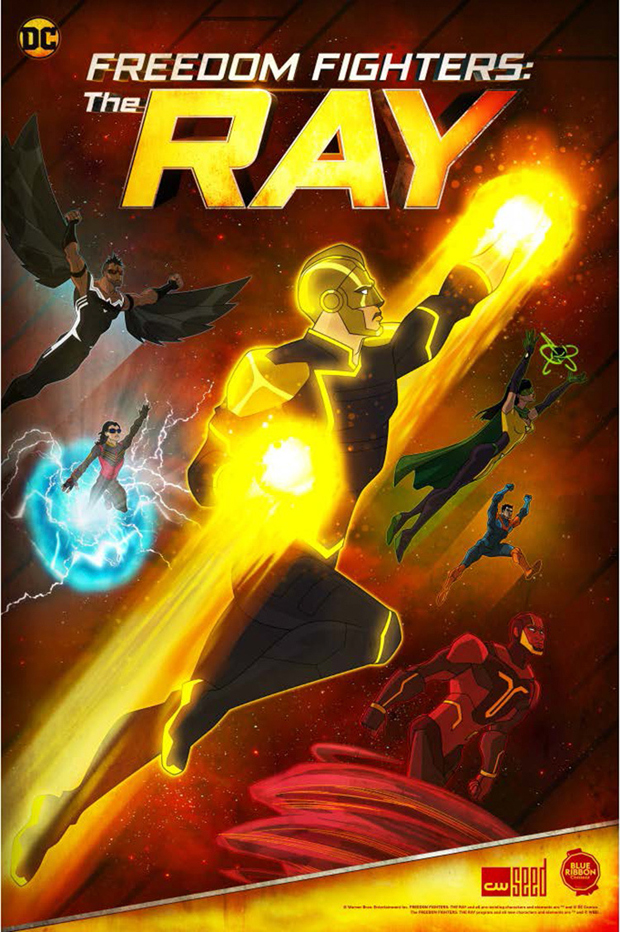 10:00–11:00 a.m. [Room 6DE] Young Justice: Outsiders Special Video Presentation and Q&A — The fans have waited long enough and it’s time for a first look at one of the most highly anticipated shows of the year. In Young Justice: Outsiders, the teenage Super Heroes of the DC Universe come of age in an animated world of super-powers, Super-Villains and super secrets. This time, the team faces its greatest challenge yet as it takes on meta-human trafficking and the terrifying threat it creates for a society caught in the crossfire of a genetic arms race spanning the globe and the galaxy. Join producers Greg Weisman, Brandon Vietti, art director Phil Bourassa, voice director Jamie Thomasson and members of the voice cast, Troy Baker and Stephanie Lemelin as they give you an inside look at what it means to be an outsider. Produced by Warner Bros. Animation, Young Justice: Outsiders is coming soon to the DC Universe digital streaming service. Become a fan of the show on Facebook at www.facebook.com/YoungJusticeDC and follow DC Universe on Twitter at @TheDCUniverse. 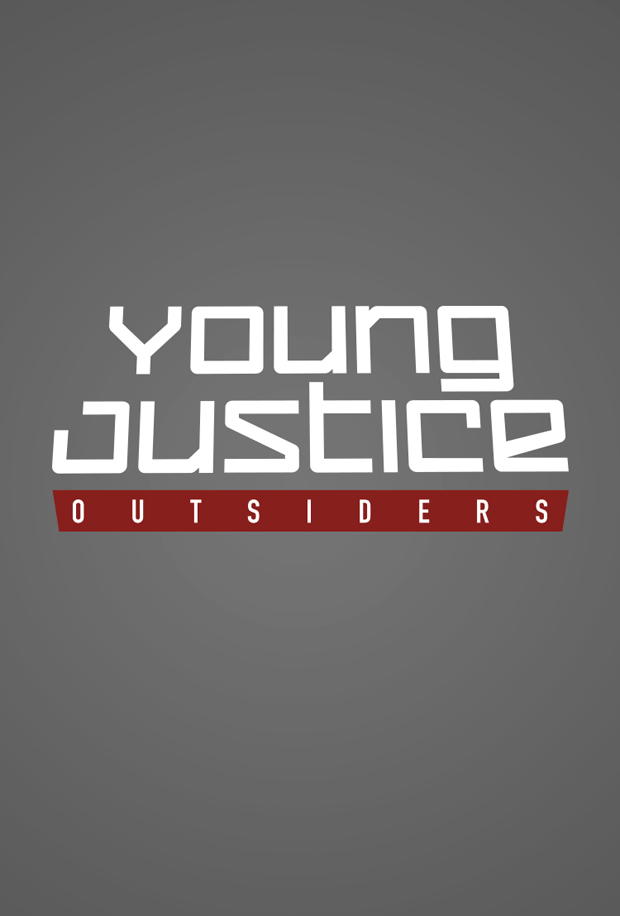 10:15–11:15 a.m. [Ballroom 20] Inside The Big Bang Theory Writers’ Room — Join The Big Bang Theory writers and producers as they return to San Diego to take you inside the biggest moments of season 11 (available now on Digital, coming to DVD/Blu-ray this fall). Season 12 premieres this Fall on CBS.

12:30-1:30 p.m. [Room 6DE] DC Super Hero Girls Special Video Presentation and Q&A –– The DC Super Hero Girls universe continues to expand with new original graphic novels Out of the Bottle and Search for Atlantis and an all-new animated action-comedy series featuring fresh character designs and storytelling from Emmy-winning producer Lauren Faust (Super Best Friends Forever, My Little Pony: Friendship Is Magic, Foster’s Home for Imaginary Friends). The world may know them as Wonder Woman, Supergirl and Batgirl, but not-so-typical teenagers Diana, Kara and Barbara, alongside their Super Hero friends have much more to deal with than just protecting the citizens of Metropolis from some of the most sinister school-aged Super-Villains of the DC Universe. After all, being teens is tough enough, what with school, friends, family and the chaos that comes with managing a social life. But add super powers and a secret identity to the mix, and things can get a lot more complicated. Join DC Group Editor Marie Javins for a sneak peek at upcoming books, and Faust and other members of the creative team for a first look at this upcoming series. DC Super Hero Girls is coming soon to Cartoon Network. Follow Cartoon Network on Twitter at @CartoonNetwork and DC Super Hero Girls on Instagram at @dcsuperherogirls. 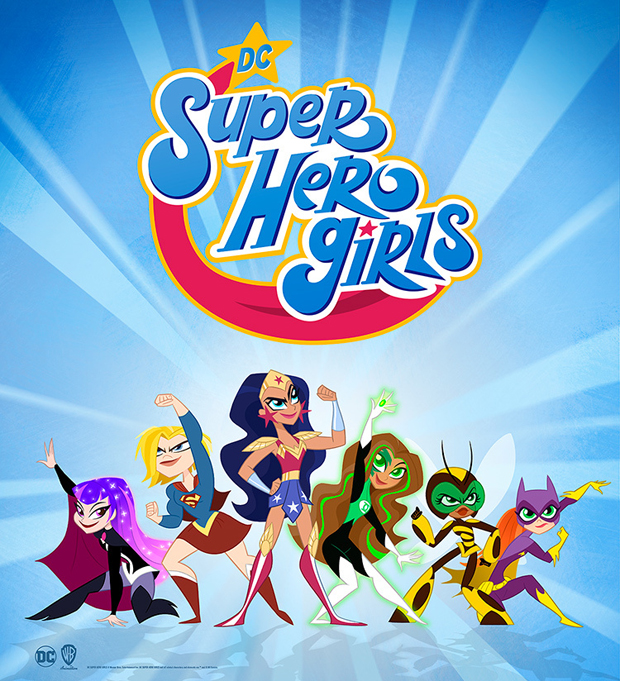 12:45-2:00 p.m. [Ballroom 20] World Premiere of Hulu’s Castle Rock –– Escape the summer heat for a chilling world premiere screening of the first episode of J.J. Abrams and Stephen King’s psychological horror series about the hometown of some of your favorite nightmares. Followed by a discussion with creators and executive producers Sam Shaw and Dustin Thomason along with stars Sissy Spacek, Bill Skarsgard, Melanie Lynskey and Jane Levy. Premieres July 25 on Hulu.

10:00-11:00 a.m. [Room 6DE] Unikitty! New Episode Premiere and Q&A –– Your favorite character from The LEGO Movie, Unikitty, is bringing her joyous kingdom to Comic-Con! Make sure to bring plenty of sparkle matter, positive vibes and all your questions as producers Lynn Wang and Ed Skudder, animation director Anna Hollingsworth and the voice cast — Tara Strong, Grey Griffin, Eric Bauza, H. Michael Croner and Roger Craig Smith — will be there to share a brand-new episode and answer your questions. Produced by Warner Bros. Animation, Unikitty! airs Fridays at 6:30/5:30c on Cartoon Network. Follow Cartoon Network on Twitter at @CartoonNetwork. 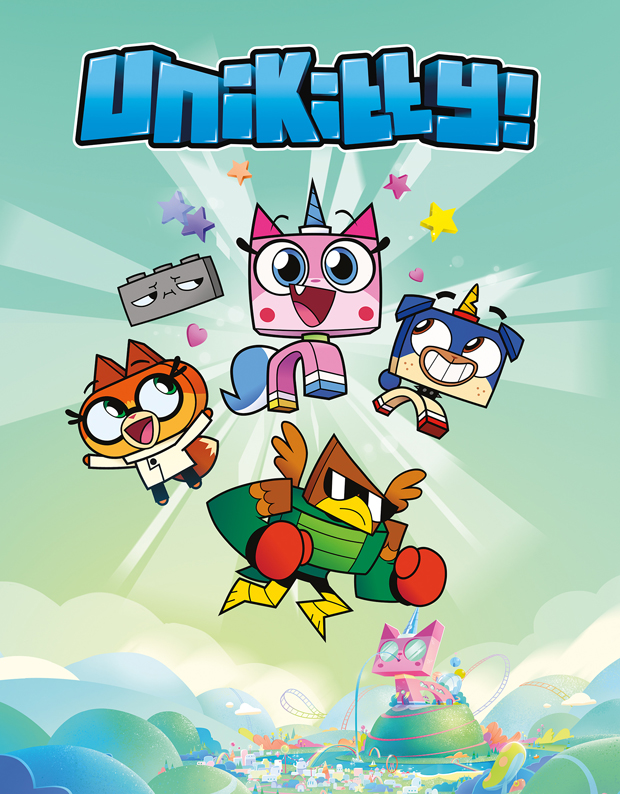 11:00–11:45 a.m. [Ballroom 20] Black Lightning Special Video Presentation and Q&A — Jefferson Pierce (Cress Williams) made his choice: he hung up the suit and his secret identity years ago. But with crime and corruption spreading like wildfire, and those he cares about in the crosshairs of the menacing local gang The One Hundred, he must return as Black Lightning — to save not only his family, but also the soul of his community. Join series stars Cress Williams, China Anne McClain, Nafessa Williams, Christine Adams, Marvin “Krondon” Jones III, Damon Gupton and James Remar and producer Salim Akil for an electrifying look at season two (Oct. 9 on The CW). S1 available now on disc and digital.

‪12:00–12:50 p.m. [Indigo Ballroom] SYFY Panel: Krypton Special Video Presentation and Q&A — After a mind-blowing season one finale that saw Krypton’s history drastically rewritten, the future of Superman has never been in greater jeopardy. Join series stars and executive producers of SYFY’s hit series as they discuss the many surprises of the first season and provide an inside look into what fans can expect in season two (2019).

1:00-2:00 p.m. [Indigo Ballroom] Manifest Pilot Screening and Q&A –– When Montego Air Flight 828 landed safely in New York after a turbulent flight, the crew and passengers were relieved. Yet in the span of those few hours, the world had aged five years and their friends, families and colleagues, after mourning their loss, had given up hope and moved on. Now, faced with the impossible, they’re all given a second chance. But as their new realities become clear, a deeper mystery unfolds and some of the returned passengers soon realize they may be meant for something greater than they ever thought possible. With EP Jeff Rake and stars Melissa Roxburgh and Josh Dallas. Premieres Sept. 24 on NBC.

2:00–2:50 p.m. [Indigo Ballroom] Legacies Exclusive Video Presentation and Q&A –– Continuing the tradition of The Vampire Diaries and The Originals, Legacies is the third installment of this supernatural series about witches, vampires and werewolves. The story follows 17-year-old Hope Mikaelson, daughter of Klaus Mikaelson along with Alaric Saltzman and his twins at the Salvatore School for the Young and Gifted as they come of age in the most unconventional way. With EP Julie Plec and stars Danielle Rose Russell and Matthew Davis. Premieres Oct. 25 on The CW.

3:30–4:15 p.m. [Ballroom 20] Supergirl Special Video Presentation and Q&A — Season three saw Supergirl stop Reign and the other Worldkillers’ threat to humanity and our planet, and in the process, Kara was shocked to find her mother Alura alive and living in a salvaged Argo City that survived the destruction of Krypton. Reconnecting with her past caused Kara to realize that her true home is now here on Earth, where big changes are taking place for her and all of her friends in National City – and also, it appears, for a doppelganger in Russia! With cast Melissa Benoist, Chyler Leigh, Mehcad Brooks, David Harewood, Katie McGrath and Jesse Rath and EPs Robert Rovner, Jessica Queller and Sarah Schechter. Season 4 premieres Oct 14 on The CW. Season 3 available now on Digital (Blu-ray/DVD Sept. 18).

4:15–5:00 p.m. [Ballroom 20] Arrow Special Video Presentation and Q&A — There has been no shortage of close calls for Oliver Queen when it comes to protecting his Super Hero identity, but in the season six finale, he was finally backed into a corner and forced to reveal himself to the world as the Green Arrow. Now, Oliver will come face-to-face with many of the criminals he placed behind bars, as he makes a new home for himself at Slabside Maximum Security Prison. With stars Stephen Amell, David Ramsey, Emily Bett Rickards, Katie Cassidy, Echo Kellum, Juliana Harkavy, Rick Gonzalez and Colton Haynes and EP Beth Schwartz. New eps. Oct. 15 on The CW. Season 5 available no on Digital (Blu-ray/DVD Aug. 14).

5:00–5:45 p.m. [Ballroom 20] DC’s Legends of Tomorrow Special Video Presentation and Q&A — After defeating Mallus by cuddling him to death with a giant stuffed animal named Beebo, the Legends were ready to ease off the gas — until Constantine arrived to inform them that, in solving one major problem, they have created another. When the Legends let time crumble in order to release and defeat Mallus, the barrier between worlds softened. History is now infected with “Fugitives” – magical creatures from myths, fairytales, and legends returning to our world in droves. With stars Caity Lotz, Brandon Routh, Dominic Purcell, Nick Zano, Maisie Richardson-Sellers, Tala Ashe, Matt Ryan, Jes Macallan, Courtney Ford, showrunner Phil Klemmer and producer Keto Shimizu. New eps Oct. 22 on The CW. Season 2 available now on Digital (Blu-ray/DVD Sept. 25).

5:45–6:30 p.m. [Ballroom 20] The Flash Special Video Presentation and Q&A — Matching wits with The Thinker stretched Team Flash to their limits, but with the help of some new allies, Barry Allen (aka The Flash) and company were able to put a stop to the Enlightenment and save Central City once again. However, with the arrival of Barry and Iris’ speedster daughter, Nora, who arrived from the future admitting to having made a “big mistake,” things are anything but status quo. With stars Grant Gustin, Jesse L. Martin, Tom Cavanagh, Candice Patton, Danielle Panabaker, Carlos Valdes, Hartley Sawyer, Jessica Parker Kennedy, Danielle Nicolet and EP Todd Helbing. New eps. Oct. 9 on The CW. Season 3 now on Digital (Blu-ray/DVD Aug. 28).

11:45 a.m.–12:45 p.m. [Hall H] Riverdale Special Video Presentation and Q&A –– Following yet another drama-filled season and shocking season two finale, join Archie and the gang as they dive into the secrets that loom and keep emerging from the shadows in a town that once seemed like a quiet, ordinary place. The circumstances surrounding Archie’s arrest kick off the drama of season three as the gang tries to #FreeArchie and Hiram Lodge continues to flesh out his plans to control not only Riverdale, but the ever growing SoDale With stars KJ Apa, Lili Reinhart, Camila Mendes, Cole Sprouse, Marisol Nichols, Madelaine Petsch, Ashleigh Murray, Mark Consuelos, Casey Cott, Skeet Ulrich, Mädchen Amick, Luke Perry and Vanessa Morgan and producers Roberto Aguirre-Sacasa, Sarah Schechter and Jon Goldwater. S3 premieres Oct. 10 on The CW. S2 available on Digital (Blu-ray/DVD Aug. 7).