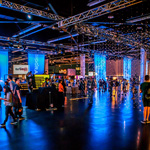 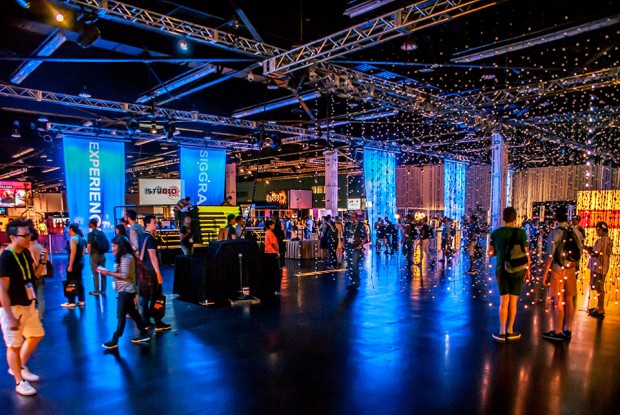 The growing field earns a larger role at SIGGRAPH, which expands the VR Village and incorporates the technology into its iconic Computer Animation Festival.

SIGGRAPH is making plenty of room for the burgeoning field of virtual reality in the 44th edition of its  International Conference and Exhibition on Computer Graphics and Interactive Techniques, running July 30-Aug. 3 at the Los Angeles Convention Center.

This year’s conference has expanded the VR Village, which with 21 installations will take up the most floor space of any venue in the exhibition hall. VR also has been added to the iconic Computer Animation Festival, which will offer 10 projects in a VR Theater section in addition to the Electronic Theater. The festival also will feature a

SIGGRAPH program chair Jerome Solomon says he’s worked on improving the attendee experience by adding things like greeters to welcome people as they enter the show. He also thinks attendees will really like this year’s SIGGRAPH mug, which has been redesigned to resemble a teapot.

The conference’s connections with animation and VFX also are on display, with a production art gallery that will feature movie props, concept art and physical artwork from various studios, including Sony and Marvel.

And there will be a drawing class where the model is a live giraffe named Tiny.

He also is excited about a panel with a visual effects studio fro Syria. “They are going to drive from Damascus to Lebanon — Beirut — and join us via Skype,” says Solomon. “One of their founders actually is in New York and he’s going to fly out and join us in Los Angeles and their panel is going to focus on doing visual effects in basically in a war zone.” 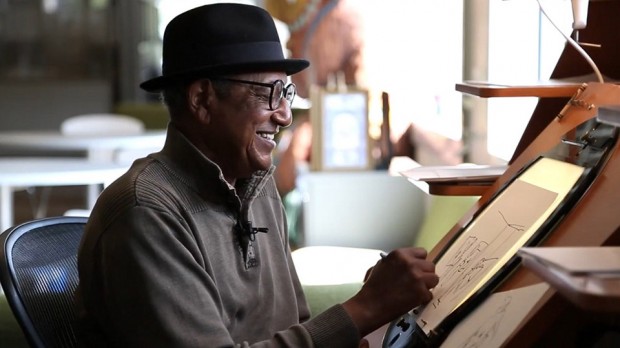 Animators and fans of animation most likely know who Floyd Norman is. But for those SIGGRAPH attendees who don’t know about this iconic animator, this year’s keynote session is the ideal opportunity to learn all about Floyd Norman from the man himself. The keynote will be held in a fireside chat format, in which Norman will discuss his career from its start in the 1950s as Disney’s first African-American animator, to working with Walt Disney himself on films such as 101 Dalmatians and The Jungle Book, to his work in motion graphics and computer graphics.

Program chair Denise Quesnel says with the VR Village now in its third year, it feels like it’s officially a part of the conference. The program has grown so quickly — this year more than 160 submissions were received — that this year a theme was added for the first time: Multisensory Experiences and Diversity Across Experiences.

“We’re starting to agree that this is a technology and also a medium,” says Quesnel. “VR can be many things to many different people but it’s also being created by a lot of different people all over the world from different backgrounds and is showing itself as a not just a tool but a medium that can tell stories that can connect people and that can provide you with an embodied multisensory experience that you can’t get with other digital mediums. So we really want to get to the root of what that meant to a lot of these contributors and see what they would come up with.”

The big news at the CAF is the addition of VR projects, 10 of which will be shown in the VR Theater.

“We wanted to open the festival to the new creators that are experimenting with VR, offering them a new space where they can safely show their creations and also get feedback from the audience,” says SIGGRAPH 2017 Computer Animation Festival Director Pol Jeremias.

There will be morning and evening programs, each presenting five VR projects, in the VR Theater. The Electronic Theater will show 25 pieces ranging from advertising, visualization, and simulation to visual effects, game cinematics and reels from studios such as Industrial Light & Magic, Pixar, Weta Digital, MPC and Epic Games.

The festival also has added Q&A sessions set for Aug. 2 with the accepted films’ directors. One panel will feature directors of films seen in the Electronic Theater; the other the VR Theater offerings.

And the Academy of Motion Pictures Arts and Sciences — which recognizes the festival as a qualifying one for the Best Animated Short Film Oscar — will host for the first time a panel. Titled “The Academy’s Scientific and Technical Awards: The Technology, the Awardees, and the Process,” the session will cover some of the award-winning technologies, the history of the work leading to the awards, as well as details of the Scientific and Technical Award process.

Already announced are the winners of the 2017 Computer Animation Festival Awards :

You may also like...
Related Topics:Floyd Norman, SIGGRAPH, VR Village

‘Welcome to the Wayne’
The Secrets of ‘Wonder Woman’