In conjunction with Disney’s Feb. 17 release of Studio Ghibli’s The Adventures of Arrietty in the U.S., VIZ Media has announced the publication of a new series of books and comics based on the animated property. On Feb. 7, VIZ will offer the following tie-in books:

The Secret World of Arrietty Picture Book ($19.99 U.S. / $22.99 CAN). The colorful and easy-to-read picture book is a full-color hardcover edition that will appeal to younger readers especially. The book uses the vividly colored animation cel art from the feature film combined with simplified text to retell the story of Arrietty and her adventures.

The Art of the Secret World of Arrietty ($34.99 U.S. / $39.99 CAN). The Art of series gives fans the opportunity to follow their favorite film from initial concept to the silver screen, thanks to hundreds of sketches, concept drawings, and animation cels, plus in-depth interviews with the creators.

“Fans and readers of all ages won’t want to miss these new additions to VIZ Media’s Studio Ghibli Library of titles,” says Masumi Washington senior director of editorial. “Studio Ghibli has mastered the ability to tell poignant and engaging stories that captivate both children and adults, and their latest film continues this tradition. Our forthcoming picture book and film comics are fun ways for young readers to visit the world of Arrietty while the gorgeous art book will be a must-have for the ardent Studio Ghibli fan or those who want to know more about the evolution of the film. Discover the adventures in-store for this band of ‘borrowers’ in these new releases scheduled for February.” 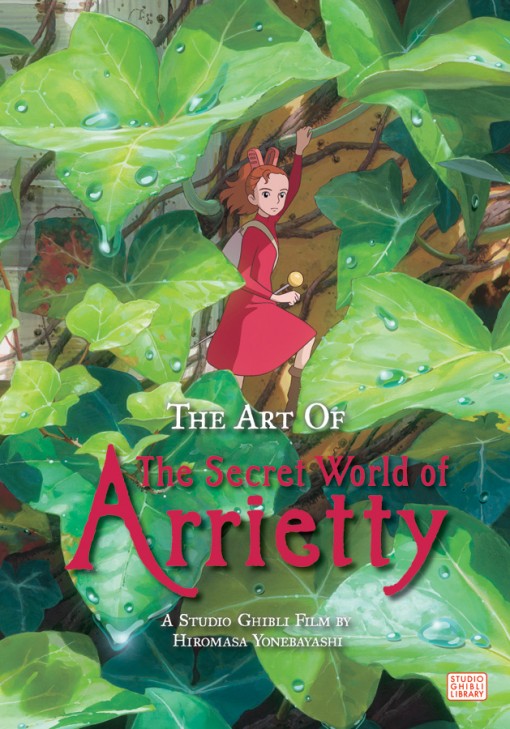 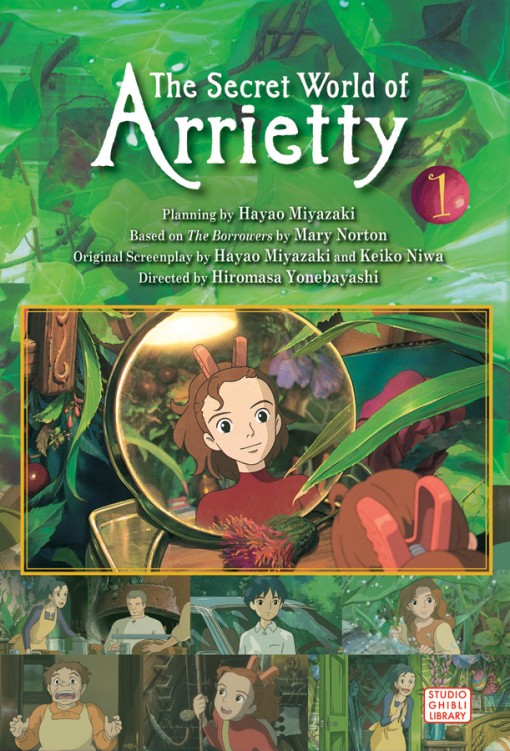