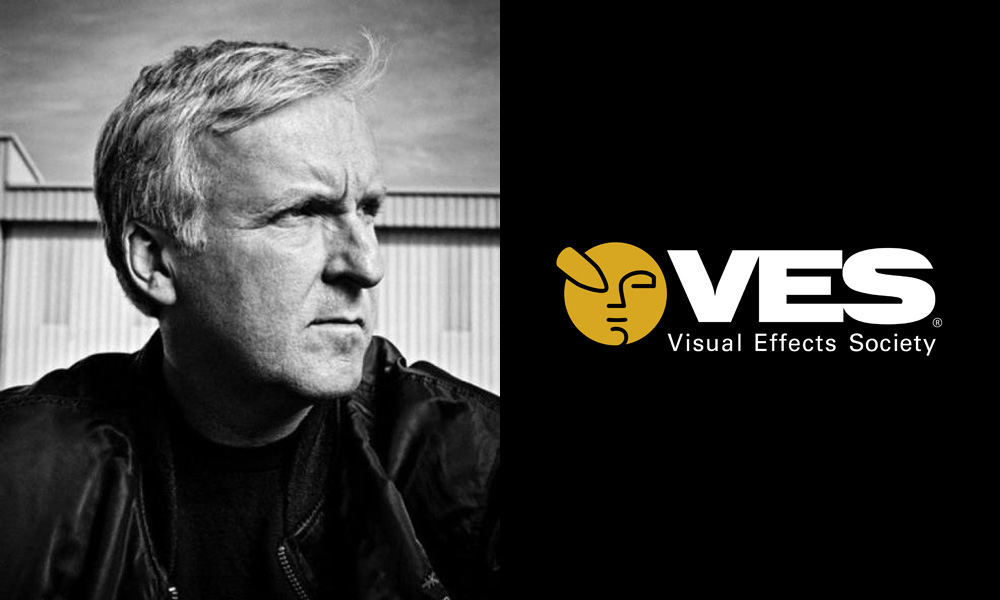 “Our VES honorees represent a group of exceptional artists, innovators and professionals who have had a profound impact on the field of visual effects,” said VES Board Chair Lisa Cooke. “We are proud to recognize those who helped shape our shared legacy and continue to inspire future generations of VFX practitioners.”

Honorary Member: James Cameron. Cameron is an acclaimed Oscar, BAFTA, Golden Globe and VES Award-winning filmmaker, known for his expansive vision and innovative visual effects-driven films, which have repeatedly smashed box-office records. Cameron co-founded production company Lightstorm Entertainment and state-of-the-art effects company Digital Domain, and in 2010 was named by TIME Magazine as one of the 100 most influential people in the world. A recipient of the VES Lifetime Achievement Award, Cameron received an Academy Award for Best Director for Titanic (which won 11 Oscars) and among his storied filmography, Aliens, Avatar, Terminator 2: Judgment Day and The Abyss each received Academy Awards for Best Visual Effects. Cameron is currently at work on the much-anticipated Avatar sequels.

Honorary Member: Gary Demos. Demos is a pioneer in the development of computer-generated images and digital image processing for use in motion pictures. He was a founder of Digital Productions and was awarded an Academy of Motion Picture Arts and Sciences Scientific and Engineering Award in 1984 along with John Whitney Jr. “For the Practical Simulation of Motion Picture Photograph by Means of Computer- Generated Images.” Demos also founded DemoGraFX and Image Essence LLC. He is the recipient of the AMPAS 2005 Gordon E. Sawyer Oscar for lifetime technical achievement. Demos is actively involved in the ASC Technology Committee and has worked on the AMPAS ACES project. The inventor of approximately 100 patents, Demos is a SMPTE Fellow and recipient of the SMPTE Digital Processing Medal.

VES Fellow: Brooke Breton, VES. Breton has been principally involved in a wide variety of prominent live action films, animated films, television series and theme park projects, which have received Academy, BAFTA, Emmy, Annie and VES awards and nominations and include Avatar, Solaris, Star Trek IV: The Voyage Home, Star Trek VI: The Undiscovered Country and Dick Tracy. She was instrumental in launching James Cameron’s effects house Digital Domain and the start-up of DreamWorks Animation. A three-term VES Board member, Breton is a member of the Academy’s Visual Effects Branch, Visual Effects Executive Council and Science and Technology Council and recently served as a producer for the Academy Museum. In current development under the Breton Productions banner are three feature film projects and a museum exhibition, entitled The ART of Visual Effects.

VES Fellow: Mike Chambers, VES. Chambers is an award-winning freelance visual effects producer and independent VFX consultant, specializing in large-scale feature film productions. He is currently working on an untitled project for Universal Pictures and most recently worked on Tenet, his fourth collaboration with esteemed writer-producer-director Christopher Nolan. Other recent credits include Greyhound, Dunkirk, Alice through the Looking Glass, Transcendence and The Dark Knight Rises. Chambers has contributed to the visual effects efforts on numerous Academy & BAFTA Award-winning films, and he has personally won three VES Awards for Best Visual Effects, for Dunkirk, Inception and The Day After Tomorrow. He was also nominated for his work on I Am Legend and Tenet. A 20-year VES member, Chambers served six years as the Chair of the VES, and previously as Vice Chair and Secretary. He is also a member of The Academy of Motion Picture Arts & Sciences and the Producers Guild of America.

VES Fellow: Van Ling, VES. As the Creative Director and VFX Supervisor for Banned from the Ranch Entertainment and later as a freelance visual effects supervisor, graphic designer, editor and digital artist, Ling’s diverse credits range from films (Twister, Men in Black, Starship Troopers, Doctor Dolittle and Titanic) to theme park attractions (Disney’s Star Tours, EPCOT’s Test Track and Disney Cruise Line’s Skyline Lounge) to designing and creating several of the THX trailers that were seen in theaters around the world. Ling is also a pioneering producer of in-depth special features and innovative menus that helped define the possibilities of the laserdisc/DVD/Blu-ray formats, garnering multiple awards for Special Editions of The Abyss, T2, Independence Day and the first six Star Wars films on DVD. In addition to his longtime service on the VES Board and several committees, Ling is a member of the Academy’s Visual Effects Branch.

VES Fellow: Nancy St. John, VES. St. John’s VFX and computer animation career has spanned over 38 years. Under her leadership as production side VFX producer, her VFX teams won Academy Awards for Babe and Gladiator, as well as an Academy Award nomination for I, Robot. Her filmography includes Bill & Ted Face the Music, James and the Giant Peach, The Immortals, Men in Black 3, Total Recall, I, Robot and Ghostbusters (2016). St. John helped build groundbreaking VFX and computer animation facilities, including Robert Abel & Associates, Digital Productions, National Center for Supercomputing Applications, Pacific Data Images, Industrial Light & Magic, Rhythm & Hues, MillFilm and Prime Focus. In addition to her service on the VES Board and Membership Committee, St. John is a member of the Academy’s Visual Effects Branch and VFX Executive Committee.

For more information about the 2021 VES Honors Celebration and sponsorship opportunities, visit https://bit.ly/VESHonors2021.