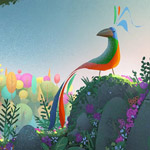 “Working in VR is like jumping out of a plane,” said acclaimed animation director Jorge Gutierrez (The Book of Life, El Tigre: The Adventures of Manny Rivera). “Then, when you pull the parachute, rats come out!” That was one of the many wise and hilarious insights shared by Gutierrez and several other animation directors who are working with the Virtual Reality format at this past week’s SIGGRAPH Confab in Los Angeles.

On Wednesday (August 2), four of the program’s talented directors discussed the challenges and rewards of creating animated content in the brave, new world of VR animation.  “Working in this new format is all about speaking a new language, which we’re making up as we go along,” said Chung, director and founder of Penrose Studio. “It’s as if you’re trying to speak Swahili, but you only know how to speak French. Of course, it’s even harder, because Swahili exists, but we’re just inventing this new [VR] language.”

Darnell, a DreamWorks veteran whose many feature credits include Antz and the Madagascar movies, praised the new possibilities of the medium. “When you go to a movie or a play, it’s a very passive experience, compared to gaming, where you’re the main character in the entire universe,” said the director of Baobab Studios’ Rainbow Crow project. “VR is more like real life. You get invested in the immersion that it brings to the world. You can still be the main character in your life story, but there could be bigger things happening around you. We can create this experience where the interactivity is fueled less by winning but more about empathy and caring for the characters, so you want to help them. I hope that we can start to approach that kind of inspired interactivity, which is closer to real life.”

The experimental nature of the relatively new medium is both a blessing and a curse. “On the technical side, you need to get all that data through the tiny pipeline of real-time rendering. It’s a real challenge, especially when you are pushing very complex rigs and very complicated, subtle animation capabilities,” explained Darnell.  “On Rainbow Crow, we had a monumental engineering challenge and effort, which took our scientists months to develop, because we are trying to create a storybook quality to make all the surfaces feel soft and connected.”

Opening new venues for exploration is also one of the biggest benefits of the medium.

“Chocolate is a music video that allows you to participate in it in a limited capacity,” said the short’s director Hurd. “It makes you feel like you’re immersed. What I learned from the previous short I did is that the audience wants to explore, they don’t want to sit and watch something passively. What I took from that is that you shouldn’t make them focus too much. Let them explore and do whatever they want. Give them rewards for exploring and offer them fun moments. It is all about trying to stir this joyful feeling out of the viewer as much as possible.”

Gutierrez, who is putting the finishing touches on his short Son of Jaguar, pointed out that when he first starting working in VR, he felt that the art has to come before the user experience. “I thought if the audience isn’t looking at the right place, then f*** you, audience,” he joked. “Obviously, that wasn’t the right approach, and we all started learning. The way I approached it was to look to the past. Think of it as a play, and you get to have the best seat in the house … We were told don’t move the camera, don’t cut it a certain way, but we said f*** that! Let’s do what we’re not supposed to do. Sure enough,  some of the things we did were too crazy and people got really upset, so we learned from those mistakes.

“What’s amazing about this medium is that you do these things, and you get instant reactions. Instant vomit makes you realize that maybe you shouldn’t do something. We wanted to make everything feel organic. It’s like you get extra dessert if you do it right!”

Both Darnell and Chung mentioned the importance of reviewing all the details of a project in the VR format. “You can look at something in Maya, and you think that the characters are all in the right positions,” said Darnell. “Then you get the VR headsets and realize the characters are actually ten feet away from you. It’s really impossible to know what you are getting until you get it all done. Working with conventional storyboards for VR helps you much less than it does for traditional films. As the industry grows, we can build bigger tool kits and find new ways to grow. I don’t even know how long an audience will tolerate being in these headsets. So, keeping them short makes sense for us right now.”

As always, Gutierrez got a big laugh from the crowd with another one of his perfect and hilarious analogies. “We have about 30 people working in Son of Jaguar right now,” he said. “We’re still not done. I feel like the baby is coming out, but the baby is wearing golf shoes and kicking hard and there’s blood everywhere. The mom may not make it, but the baby is going to be beautiful!”

Here’s Gutierrez talking about Son of Jaguar at Annecy:

Behind the Scenes of Baobab Studio’s Rainbow Crow 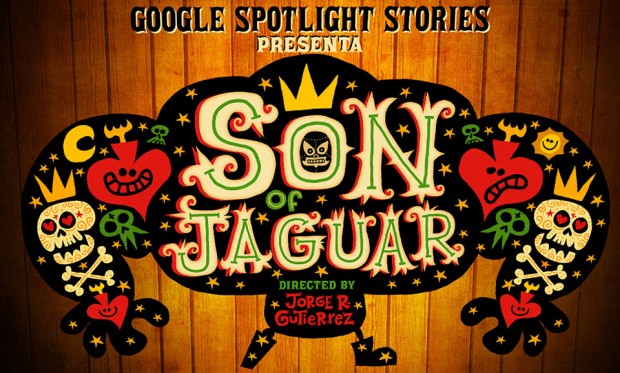 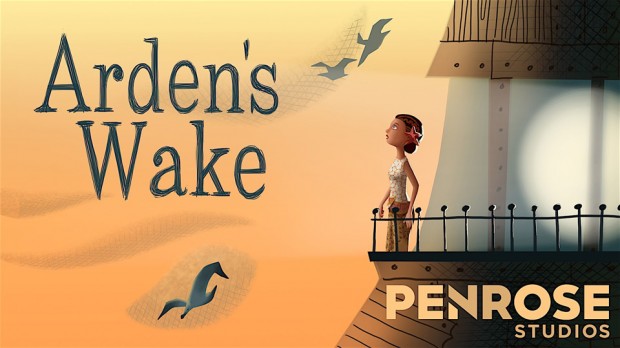 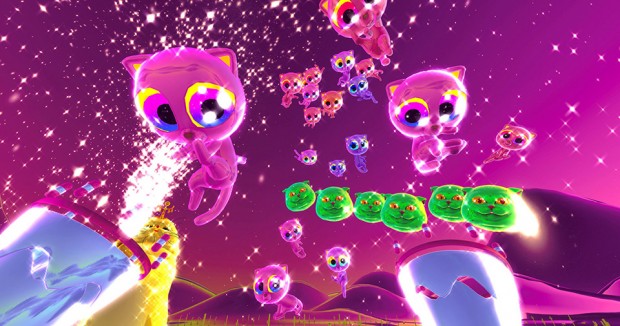