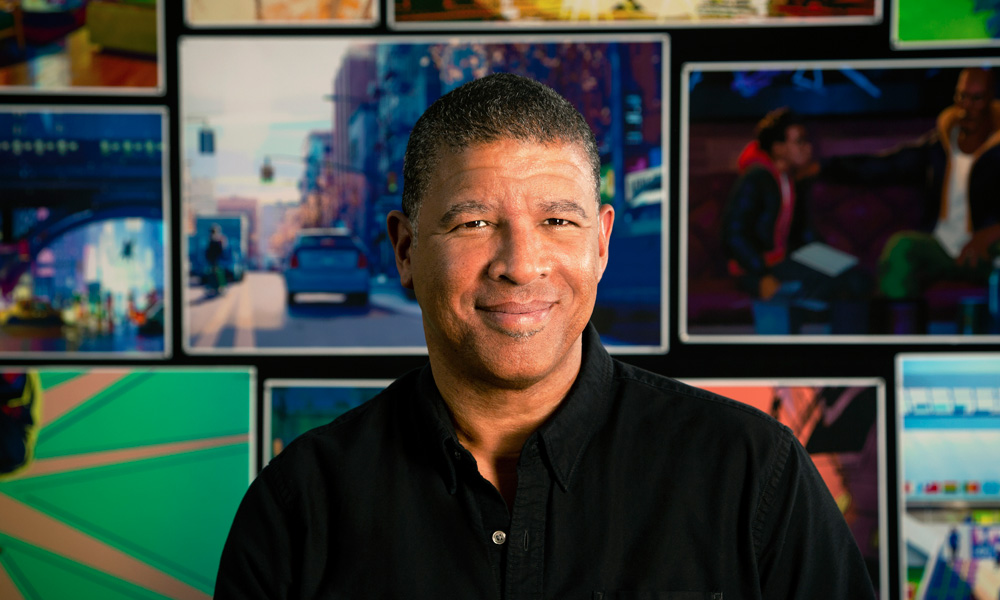 Newly announced speakers from the worlds of animated and live-action feature films, broadcast television and games have joined the growing roster for VIEW 2019, taking place in Torino, Italy from October 21-25. The conference is Italy’s premiere event for computer graphics, interactive and immersive storytelling, animation, visual effects, games, and VR, AR, and mixed reality.

“I’m delighted to announce that Spider-Man: Into the Spider-Verse‘s Peter Ramsey, who is the first African-American director to win an Academy Award for Best Animated Feature, will speak at VIEW 2019,” said Conference Director Dr. Maria Elena Gutierrez. “Also among our great speakers this year is Siobhan Reddy, a powerful woman in the games industry, and Sergio Pablos, who is creating a 2D animated feature in Madrid for Netflix. We’ll see Image Engine’s dragons in Game of Thrones, Spencer Cook’s Godzilla animation, Todd Sue’s art direction for Apex Legends, and Sebastien Hue’s concept art. And we’re bringing back four of our most interesting speakers with new, exciting material to share: Josh Holmes, Rob Bredow, Tom Wujec and Alex Williams. I love the quality and diversity in this year’s program.”

Director Peter Ramsey received an Oscar, BAFTA and two Annie Awards as one of the directors of Sony Pictures Animation’s Spider-Man: Into the Spider-Verse. All told, the box office blockbuster received 98 nominations and 63 wins on the award circuit this year. Ramsey previously directed DreamWorks Animation’s Rise of the Guardians, was story artist on several feature films, and has credits as a second unit director and illustrator.

Executive Creative Director and Head of Industrial Light & Magic, Rob Bredow will present four decades of storytelling in Star Wars, highlighting innovative visual effects created during that studio’s 40 years of work on the films. In addition to his executive role, Bredow was visual effects supervisor on Solo: A Star Wars Story and will be available to sign his book, Making Solo: A Star Wars Story.

Sergio Pablos is the director, producer and writer for Netflix’s 2D animated feature Klaus, which is currently in post-production. The former Disney animator (The Hunchback of Notre Dame, Hercules, Tarzan, Treasure Planet), was executive producer and writer for Despicable Me, a writer on Smallfoot, animation advisor for Underdogs, and character designer on Rio.

Tom Wujec is a multiple TED speaker, facilitator and design thinker who guides teams via “Wicked Problem Solving” to create inventive, exciting, and successful products, services and solutions. The technology pioneer and former Autodesk Fellow has written five books and was a founding professor at Singularity University. Today, his consultancy helps organizations design technology transformation and plan for the future of work.

Image Engine Visual Effects Supervisor Thomas Schelesny and Animation Supervisor Jason Snymanwill present their work on Daenerys’ dragons in the final season of Game of Thrones. The two artists have a wealth of experience with live-action visual effects for broadcast and feature films.

Siobhan Reddy, co-founder and studio director for the U.K.-based Media Molecule, was named in Fortune magazine’s 10 powerful women in gaming in 2014. Before moving into the role of studio director, she was executive producer on Airblade, Burnout3, Takedown and LittleBigPlanet.

Josh Holmes is the co-founder and CEO of Midwinter Entertainment, an independent game studio working on Scavengers, its first multiplayer survival shooter. Holmes is the former studio head and creative director for the Halo franchise at 343 Industries, and former producer and game designer at Electronic Arts where he co-created two franchises, NBA Street and the DefJam fighting series.

Spencer Cook was senior animation supervisor on this year’s blockbuster Godzilla: King of the Monsters. Currently Animation Director at Double Negative, Cook previously was an Animation Supervisor at Framestore where he led teams working on Alien Covenant and Beauty and the Beast. He has a BAFTA nomination for Spider-Man 3, for which he was Animation Director while at Sony Pictures Imageworks.

Alex Williams is head of animation at Escape Studios. He has more than 25 years experience in the animation industry and has film credits on The Lion King, Robots, The Road to El Dorado, Who Framed Roger Rabbit and The Iron Giant. He has worked and taught in higher education for 20 years.

Sébastien Hue is a freelance concept artist, matte painter and illustrator who focuses on environment design and science fiction. He has created concept art and matte paintings for publishers, game developers and feature films.