The form of motion to be used in the attempt was decided by vote on social media, which selected a dance crew set-up over other choices including a cheer pyramid or a rugby scrum. Hip Hop Heritage organized the B-Boy crews used in the shoot.

“Dancing, and indeed B-Boy dancing, with a group of people who have never done mocap before was incredibly challenging,” said Vicon sales director Andy Ray. “All of the dancers required a crash course in ‘mocap 101’ on the day and the complexity of the motions carried out provided tough conditions for the Vicon and Audiomotion team. Especially as it became apparent that some of the signature break-dance moves were damaging the markers!”

The record was achieved on Audiomotion’s main stage using: 36 F40 Vicon cameras and Blade software, piping to solved skeletons in Autodesk’s MotionBuilder. You can watch the video on Vicon YouTube page by following this link. 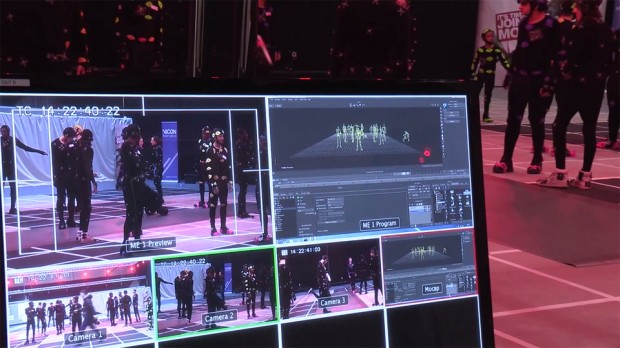