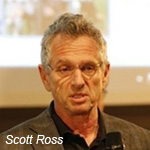 Visual effects professionals from around the world took part in a multi-city meeting on Thursday (March 14) to address issues that are facing the troubled industry. Veterans such as Scott Ross (co-founder and ex-CEO of Digital Domain), Animation Guild’s Steve Kaplan, Mike Chambers, Dave Rand, Scott Squires and Gene Warren, Jr., were among the many vfx veterans who voiced their concerns and shared suggestions on how to keep jobs in the country and make conditions improve for artists who toil away in the entertainment industry trenches. An estimated 250 attendees participated in the Los Angeles town hall meeting, which was also streamed live and involved participation from about 75 vfx artists in the Bay area, 25 in Vancouver, five in Austin, and ten in Wellington, New Zealand.

Ross, who has championed the plight of the vfx artists for many years now, outlined a plan that requires the formation of a vfx union for artists and a trade association for visual effects studios.

“It’s going to get worse until we do something,” Ross noted. “Fear has stopped us because we have six clients. We are fearful of losing our jobs, but we’re losing our jobs.”

Animation Guild, IATSE Local 839 organizer Steve Kaplan added, “All boats rise when you establish floors and minimums. Establishing a union here will have a ripple effect across the world.”

He pointed out that IATSE could do nothing without sufficient support for VFX workers, and that – in order to avoid defeat – IATSE would not call for a union election in a facility unless at least 60 percent of the VFX artists signed cards.

However, the mobility of vfx artists complicates matters as labor laws and working conditions are different in various regions of the world.

“Life of Pi could not have be made without visual effects,” Ross said. “Claudio [Miranda] won his award because of visual effects. We are the movie and you are the stars,” he added. “It’s about time the motion picture industry understood that and compensated you properly.”

You can watch a video of the meeting on the VFX Soldier website: 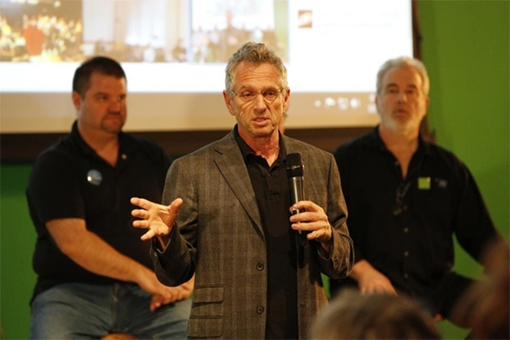