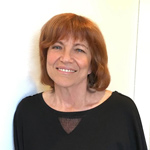 These three industry luminaries (as well as the year’s to-be-named VES Fellows) will be recognized at an evening ceremony and reception during the Summit, which this year is themed “Inspiring Change: Building on 20 Years of VES Innovation.” Marking the org’s 20th anniversary, the event will gather top creatives, executives, thought leaders and visionaries in Beverly Hills to discuss and explore the evolution of the VFX landscape. This year’s Keynote Speaker is acclaimed futurist and conceptual artist, Syd Mead, recipient of the 2015 VES Visionary Award. (www.visualeffectssociety.com/news-events/summit.)

Founders Award: Toni Pace Carstensen. This year, the VES Board of Directors is privileged to bestow the Founders Award upon Toni Pace Carstensen for her sustained contributions to the art, science or business of visual effects and meritorious service to the Society. Carstensen has a passion for new worlds—one that has taken her from the Amazon to Pandora. Her feature work as VFX producer/digital production manager includes Avatar, Minority Report and Fantasia 2000. For theme parks she contributed to Epcot’s Mission: Space and Star Trek Voyager: Borg Encounter 4D. While Executive Producer at View Studio, Carstensen produced TV FX work for The X-Files and Outer Limits and then remastered VFX for the original Star Trek series HD release at CBS Digital. Venturing out on her own, Carstensen started CyberGraphix, one of the first Mac-based motion graphics. She is the recipient of a Broadcast Design Gold Award for Francis Ford Coppola’s White Dwarf, a VES Award nomination for Best Supporting Visual FX – Broadcast for Pushing Daisies and three Emmy Award nominations for her early work as a radio and television news producer.

In 1997, Carstensen helped create the VES as member 0004 and first Treasurer. She was a Founding Member of the Executive Committee and served on the Global Board of Directors for many years, as well as being Co-Chair of the Education Committee. She co-edited the first edition of The VES Handbook and, with the Education Committee, generated the idea for the VESAGE book showcasing the personal artwork of VES members. Always thinking about the future, Carstensen created the Vision Committee in 2011, which she continues to Chair. She is currently the Treasurer on the Los Angeles Section Board of Managers. Currently Carstensen teaches and mentors the next generation of visual effects explorers at the Gnomon School of Visual Effects, while working as a development/production executive for animation studio Neko Productions. She is also a member of the PGA, TEA, Women in Animation, Motion Picture Editors Guild and the Art Directors Guild.

Lifetime Membership: Chuck Finance. The Board of Directors is proud to designate Chuck Finance with a Lifetime Membership for meritorious service to the Society and the global industry. Chuck Finance has been a member of the VES for nearly 20 years, and a member of the VES Awards Committee for 14 years. He was Chair of the committee in 2005 and has been one of its dedicated Co-chairs ever since. With an unwavering commitment to the VES, Finance dedicates thousands of hours each year, in his retirement, to advance the organization. He has overseen the interaction between the Awards Committee and hundreds of queries about the Awards process, ensuring the integrity, protocols and high standards of the VES Awards.

Finance began his career in film by producing and directing educational and information films for companies like Encyclopaedia Britannica Films, Jet Propulsion Laboratory, and the National Science Foundation. He made the leap into visual effects when producer Raffaella De Laurentiis hired him as visual effects coordinator on the movie Dune, one of the most VFX-heavy films up to that time. That was back in the analog, or optical, era, before computers revolutionized the art of visual effects. In the late 1980s he co-founded a full-service visual effects company, Perpetual Motion Pictures, where he was the general manager as well as the company’s effects producer. Among the films Chuck worked on were Bill and Ted’s Excellent Adventure, Leviathan, Mom and Dad Save the World, The Firm, Honey I Shrunk the Kids and many others. Following that he worked for a number of years as a freelance VFX producer and supervisor on films like George of the Jungle, The Arrival and the TV series 24.

Honorary Membership: Bob Burns. The Board of Directors is proud to designate Bob Burns with an Honorary Membership in the VES for his exemplary contributions to the entertainment industry and for furthering the interests and values of visual effects practitioners.

Burns was a VFX practitioner in the 1950s and ‘60s, doing miniature work and makeup prosthetics. His famed Halloween shows staged in Burbank in the ‘70s gave inspiration to hundreds of now-current practitioners in the VFX and makeup fields. He was a mentor and friend to many who have gone on to become legends in their own right, including Rick Baker, Dennis Muren, Robert and Dennis Skotak. More notably, he became a historian and archivist of the effects arena by amassing an extraordinary collection of film and television VFX props, miniatures, paintings and costumes, dating from the ‘50s to the digital age. Filmmakers have visited his collection and had reunions with items long thought lost, while many of the younger generation have been inspired by seeing (and sometimes handling) the original items from such seminal films as The Time Machine, Destination Moon, Forbidden Planet, Alien, Aliens, Terminator 2 and many others. He is recognized by many for his encyclopedic knowledge and preservation of these artifacts so often thrown away after production and for inspiring new generations with his wit and ability to bring VFX history alive. 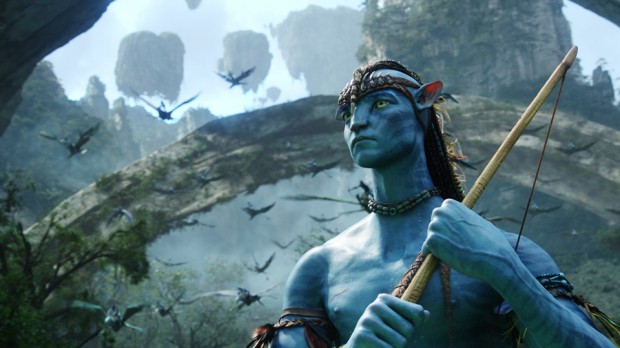